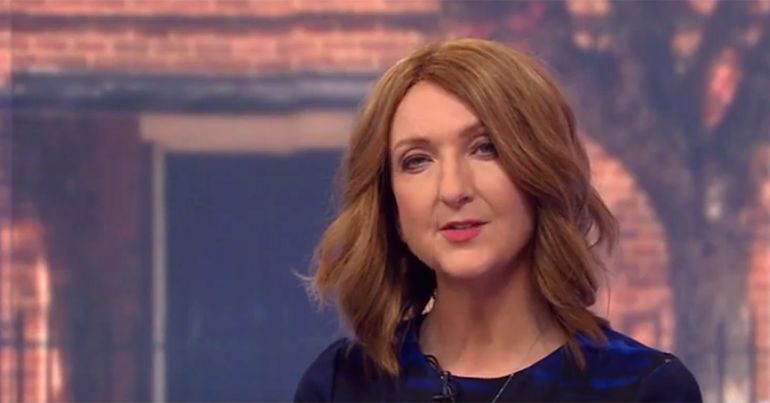 The BBC is bringing down the axe on the Victoria Derbyshire show. BBC media editor Amol Rajan said the decision to remove the show from its BBC2 slot was based on cost. He claimed that the format worked, but only online, rather than on an actual channel. “On linear TV channels it failed to garner a sufficiently big audience to justify its cost,” Rajan said.

Journalists from the award-winning show described the decision as “absolutely gutting”. And while the BBC appeared to be leaving the door open to the show continuing in some form or other, observers were questioning what could really be behind the cut.

The only daytime tv show that held the government to account.

The show has developed a reputation for holding power to account and representing marginalised people. Journalist Paul Lewis described it as “genuinely a people’s current affairs programme”:

If this happens it is very sad. Against my predictions the Victoria Derbyshire show has turned out to be innovative and deal brilliantly with important social issues including poverty which mainstream programmes struggle with. It is genuinely a people’s current affairs programme. https://t.co/ZAiOLkmjGF

Shadow culture secretary Tracy Brabin, meanwhile, stressed that she’d be “looking into why” the BBC has made this call. She said of the show: “Rigorous campaigning & commitment to public having their say made it pretty unique in daytime TV”:

I’ll be looking into why @VictoriaLIVE is being taken off air.

Rigorous campaigning & commitment to public having their say made it pretty unique in daytime TV.

Victoria herself was sharp & approachable with a personal journey that made her relatable.https://t.co/zt0wc8OyXC

But Brexit campaigner and Institute of Economic Affairs staffer Darren Grimes was pretty sure he knew why:

Activist Rachael Swindon also implied potential government influence and offered an illustration of the show doing what it did best:

So the Victoria Derbyshire Show is to be axed as part of the BBC cutbacks. Extraordinary exchanges like this will have nothing to do with it, of course, will it Mr Cummings… pic.twitter.com/oAqovulYfu

What’s to be done with the BBC?

Dominic Cummings is Boris Johnson’s special adviser and is often regarded as the true source of direction for the government. As such, any policy ideas that can be associated with him tend to come up for discussion on a regular basis. And his position on the BBC is generating particular interest.

In 2004, Cummings ran a thinktank called the New Frontiers Foundation (NFF). Across several blog posts, the NFF made it clear that it saw the BBC as the “mortal enemy” of the Conservative Party and that right-wing bodies should look to set up a network of websites dedicated to “undermining… the BBC’s credibility”. The NFF was hopeful that some kind of equivalent to Fox News could establish itself in the UK.

Of course, this was going on at a time when the Tories were in opposition and their influence was at a low ebb. But it does provide some context to the government’s current manoeuvrings over the BBC. Robert Peston reports that Cummings and his vaudevillian frontman Johnson are keen to influence the appointment of a new BBC director general. Maybe Cummings is after a kind of ‘Schrödinger’s BBC’ which is toothless but still able to function as a government attack dog.

It’s fair to assume that any director general approved and installed by Downing Street would be extremely unlikely to champion a programme like Victoria Derbyshire. And our airwaves would be the poorer for that.