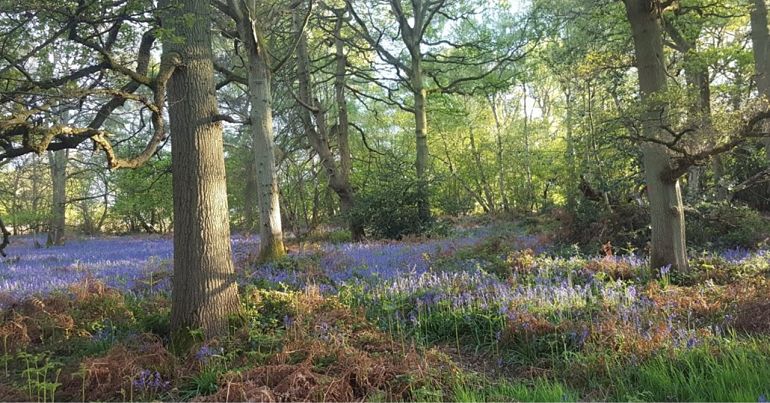 Critics of the controversial HS2 high speed rail link will gather on Sunday 15 March in woodland threatened by the scheme.

A press release for the event says local campaigners will join with supporters from StopHS2, the RSPB, the Woodland Trust, Extinction Rebellion, Save Cubbington Woods, and Wildlife Rebellion “to defend ancient woodlands in Warwickshire, the first of over 100 set to be destroyed or damaged by HS2”. The “Resistance Rally” will oppose “HS2’s imminent felling of ancient woodlands in Broadwells, Crackley and Birches woods in Warwickshire”.

Event organisers say that HS2 will be felling “in Broadwells, Birches and part of Crackley woods in April, during nesting season”. They add:

This is in spite of a strict legal prohibition on the disturbing of nesting birds. To get around this, HS2 have been using hawks in an attempt to deter birds from nesting. Conservationists have called this technique both ineffective and immoral. The RSPB is urging members of the public to call the police if they see HS2 workers harming wildlife.

In a letter to the government, the RSPB said “HS2 will stand as an example of worst practice in the face of the climate and ecological emergency” and it will “cause a significant net loss of biodiversity”.

The ancient woodlands around Kenilworth in Warwickshire are some of the few precious remnants of the Forest of Arden and have been here for millennia. HS2 Ltd are not only set to destroy them as part of the largest deforestation project for 100 years, but they have signalled their clear intent to break the law and do this while they know there are birds nesting in those woods. We encourage everyone to come and see these precious habitats while they still can.

And Matt Bishop, who lives in the Cubbington Wood protest camp, agreed:

This could be peoples’ last chance to see parts of this woodland before it is destroyed forever. Felling these woods is despicable. Join us to pay homage to our ancient trees and show the government how strongly you feel about this terrible assault on our natural heritage.

Organisers call HS2 “the most expensive and destructive infrastructure project in Europe” and say it will “destroy almost 700 wildlife sites”. They also claim it’s “incompatible with the UK’s Net Zero emissions goal and will enable large-scale airport expansion”.

Packham led a similar ‘Stand For The Trees’ event in the Colne Valley in December, which drew over 1,300 walkers. Packham has also “launched a legal challenge to HS2, including the argument that it is incompatible with achieving net zero carbon emissions by 2050. This is not least because the line will facilitate the large-scale expansion of multiple airports across the UK”. This comes after an appeal court ruling on the legality of plans for a third runway at Heathrow Airport said the government’s infrastructure plans failed to take account of its climate commitments under the Paris Agreement.