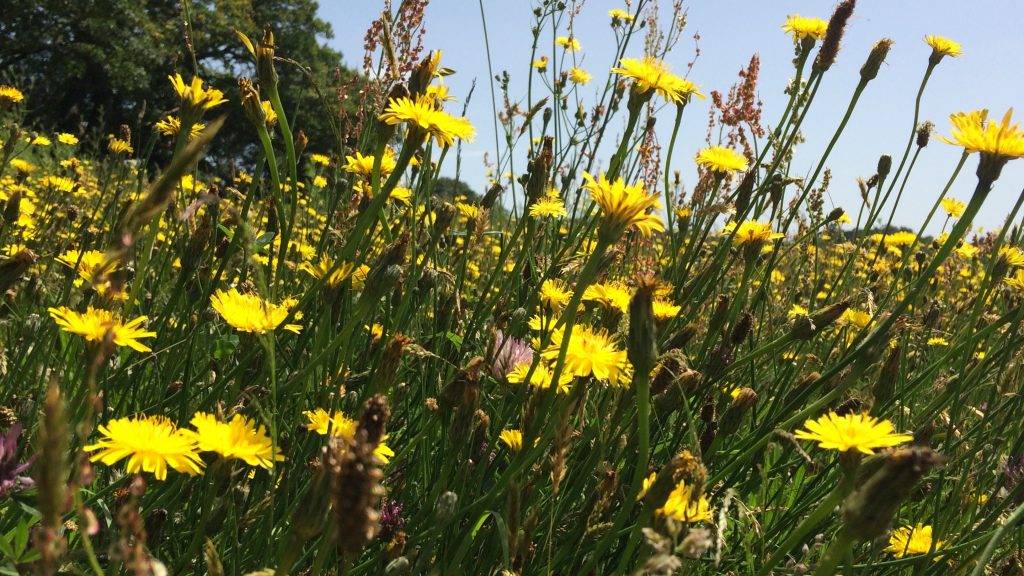 Wildflowers are moving northwards as temperatures rise, prompting calls to manage landscapes to make space for plants in the face of climate change.

Results from the first five years of the government-funded National Plant Monitoring Scheme, using data from 15,000 surveys by volunteer citizen scientists, already shows the impact of a warming world on the UK’s plants.

The data reveals that plants such as wild orchids are expanding their range northwards, experts said.

The National Plant Monitoring Scheme looks at 30 different habitats, from woodland and hedgerows to blanket bogs and streams, with around 30 wild flowers to search for in each type of place.

Data is collected by volunteers, co-ordinated by wildlife charity Plantlife and analysed by botanists from a range of organisations led by the UK Centre for Ecology and Hydrology (CEH).

Southern marsh-orchids, a tall plant found in damp grasslands, was once restricted to the southern half of the UK but records have come in from as far north as Newcastle upon Tyne.

Bee orchids were not previously found in Scotland, but volunteers have discovered the plants, whose flowers resemble a bee’s backside, at several sites around Glasgow and Edinburgh.

Other specialist plants are moving outside their usual range, including mossy stonecrop, a succulent once only found in the New Forest and East Anglia, which is spreading to sandy habitats in Scotland.

Early meadow-grass was formerly only found on the Lizard Peninsula in the extreme South West of England but has now been recorded in Fishguard, south-west Wales, as well as Rosslare in Ireland, and central London.

There are also concerns about the threat and extinction risk to plants which have no further to go, for example Arctic and alpine species which cannot go further up the mountains, such as Highland saxifrage.

And the increased risk of drought due to climate change puts many smaller, short-lived species at risk, with fairy flax, yellow-wort, soft brome and common mouse-ear suffering from heat and lack of water in 2018’s drought.

But the results from the monitoring scheme also show a rise in species able to cope with drought.

These include salad burnet, a dark crimson flower found in old hay meadows, which has a longer root so it can reach down to moist soil, and wild thyme, which manages water loss with its tiny leaves.

The analysis also reveals the impact of nitrogen pollution from fertilisers, with nitrogen-hungry stinging nettles the most frequently recorded native species in woodlands.

Dr Trevor Dines, Plantlife’s botanical specialist, said experts had previously thought that it would “take an awful lot” for plants to start moving northwards because their dispersal is very slow.

“To actually start seeing that now, coming through so strongly, is a real wake-up call,” he said.

“It proves to us that climate change is having a real impact.”

And he said: “Our concern is that we live in such a fragmented landscape, there aren’t the places for these plants to go.”

Growing chances of drought, particularly in the crucial spring months of April, May and June, is even more of a risk than general warmer conditions, he warned.

“Any climate change that involves drought scenarios is going to affect plant populations much more quickly.”

He said tackling climate change is about making the landscape as permeable as possible so things can move around, by creating habitat where flowers can bloom and set as much seed as possible, through grazing animals and hay cutting at the right time of year.

Road verges, which are corridors through the landscape, should not be subject to repeated mowing, while moving livestock, machinery and distributing wildflower-rich hay can all move seed around the landscape, he said.

And while rewilding can play a part on a small scale, Dr Dines said agri-environment schemes could be used to get habitat management in place to suit wildflowers on as wide a scale as possible.