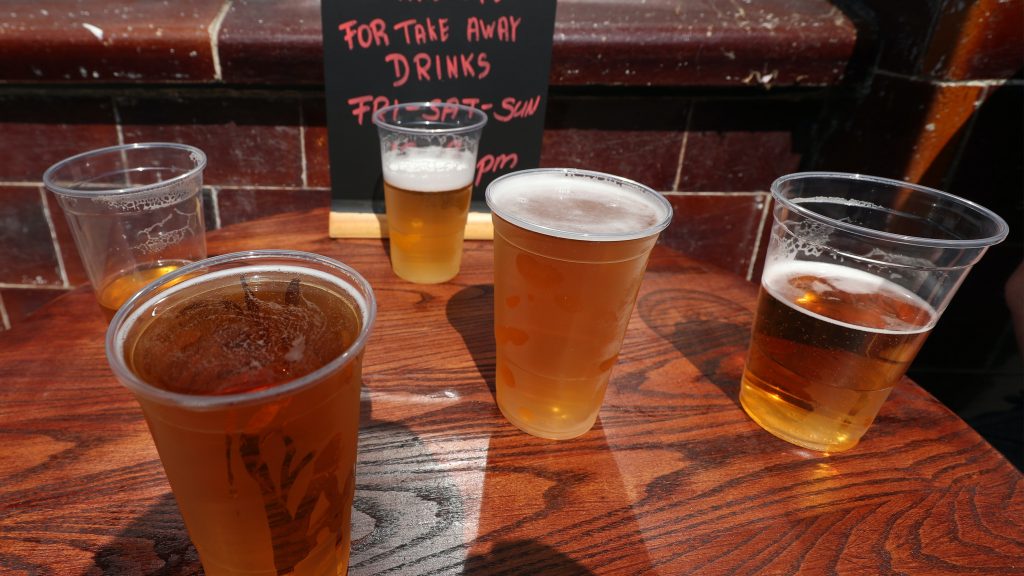 Pubs create the “perfect storm” for spreading coronavirus (Covid-19) and carry more risk than planes, according to academics.

Punters drinking together in an indoor pub are potentially subjecting themselves to a build-up of infected droplets caused by poor ventilation and people having continuous conversations, often speaking more loudly to be heard over the din of a noisy bar, the experts warn.

The comments come after households mixing in pubs and homes was blamed for a rise in Covid-19 cases in Preston, resulting in it being the latest area to have lockdown restrictions reimposed.

Aberdeen was also placed in a fresh lockdown after an outbreak of cases linked to a number of bars emerged.

Dr Julian W Tang, honorary associate professor of respiratory sciences at the University of Leicester, said if you can smell garlic on someone’s breath it means you are close enough to be inhaling their air.

“If the air space is poorly ventilated, that air that’s full of virus is not going to go anywhere. It’s going to linger there until the virus dries up and dies over time,” he told the PA news agency, adding that the most common method of transmission in the UK is probably “conversational exposure”.

He pointed out that when people laugh they produce a lot of air, so if someone in a group in the pub makes a joke then they are massively exposed to exhaled air from the laughter around them.

Dr Tang said the general public do not realise just how good the ventilation is on planes, adding: “A lot of the fear is due to ignorance.

“To be honest, on a plane the danger is from your nearest neighbours because that air is not filtered away quickly enough before you inhale it. That’s the main risk on a plane.”

Dr Bharat Pankhania, senior clinical lecturer at the University of Exeter, pointed out that even after one or two drinks people will drop their guard and are likely to be less cautious.

He told PA: “What do you do in the pub? Well you drink, and you have a conversation.”

“But several conversations in a confined space equals incrementally raising your voice to be heard,” he said, adding that talking in a slightly louder voice results in the release of more droplets which may be carrying infection and may be propelled further.

“So more droplets equals more chance of picking up one droplet that eventually infects the other person.

“It is a perfect storm aided and abetted by alcohol the enabler.”

He added: “With a silent enemy, the coronavirus coming out of droplets, you are blissfully unaware that it is happening, until a week later you have signs and symptoms of illness.”

Dr Pankhania said he would personally avoid going on a plane during a pandemic but thinks planes carry less risk than pubs, explaining: “In the pub there is a free for all after a few drinks, whereas in the aeroplane it is a managed environment.”

He pointed out that on a plane journey people will be taking precautions such as wearing masks and there will be less conversation.

“When you are in a pub your inhibitions by design are reduced and removed and you are never in a prevention mode,” he said.

Dr Pankhania pointed out that pubs attract sociable people who are likely to have met up with many other people.

“So they are meeting a lot of people as well as meeting you in the pub. You might be meeting them only, but you don’t know how many they have met,” he said.

He added that even people who go to the pub alone for a quiet drink are at risk as they are putting themselves into an environment where the virus could be in free circulation.

Dr Pankhania also commented on restaurants, saying: “I personally think going into a restaurant indoors where there are lots of tables etc in a confined space, without any new attention to increased ventilation, I would say it’s best you avoid it.”