Always seeing red? You might need more than just an attitude adjustment - The Canary 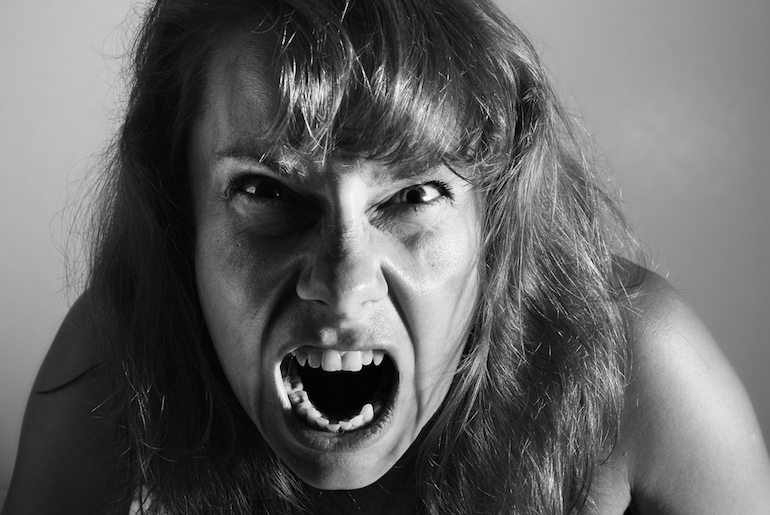 If you’re prone to rage attacks, your aggression could be more than just “bad behaviour” – and it might be more difficult than you think to stop it.

A new study reveals that people with impulsive rage actually have differently structured brains to people without the condition. The scientists behind the research say this means we need to rethink the idea that people prone to rage attacks just need an “attitude adjustment”.

Published in Biological Psychiatry: Cognitive Neuroscience and Neuroimaging, the new research shows people with an anger condition called intermittent explosive disorder (IED) have smaller “emotional brains,” which suggests the condition could be connected to brain development.

People with IED display angry behaviour, with several discrete episodes of failing to resist aggressive impulses that result in serious acts of assault or destruction of property. It’s a specific psychological disorder that can affect both men and women.

IED has featured in some high-profile court cases. In 2009 a man who spent 15 years in prison for murdering his first wife, who then went on to murder his second wife and her son before taking his own life, had been convicted despite claiming to be a “victim” of IED. And five years later, lawyer Jason Bohn was sentenced to life without parole for beating and strangling his girlfriend to death – an act for which he partly blames his IED.

But could the new findings change these sorts of rulings in the future?

Previous research has suggested that parts of the brain that control emotions – called frontolimbic regions – play an important role in aggressive behaviour. People with IED have significantly less grey matter in these parts of the brain – essentially, they have smaller “emotional brains”.

This means IED potentially has a physical cause, something the authors say should change the way people view the condition. Dr Emil Coccaro, lead author of the paper and Chair of Psychiatry and Behavioral Neuroscience at the University of Chicago, explained:

While more common than bipolar disorder and schizophrenia combined, many in the scientific and lay communities believe that impulsive aggression is simply ‘bad behaviour’ that requires an ‘attitude adjustment.’ However, our data confirm that IED, as defined by DSM-5, is a brain disorder and not simply a disorder of ‘personality.’

Dr Coccaro and the team took MRI brain scans of 168 people, including 57 people with IED, 53 healthy control subjects and 58 psychiatric control subjects, to look for differences in brain structure. The results showed that the smaller the “emotional brain”, the more aggressive the behaviour.

According to Dr Cameron Carter, Professor of Psychiatry and Behavioral Sciences at University of California, Davis and editor of the journal that published the research, the results have important implications for the way we understand IED:

Across all subjects, reduced volume in frontolimbic brain structures was associated with increased aggressiveness. These important findings suggest that disrupted development of the brain’s emotion-regulating circuitry may underlie an individual’s propensity for rage and aggression.

But it’s early days, and this study alone won’t be enough to shift laws. As it stands, the evidence shows there’s a link between IED and “emotional brain” size, but not that a small emotional brain causes IED. It’s also unclear what this means for treatment, and whether it will ever be possible to “cure” someone with IED.

There’s still work to be done, but the more we understand about what causes aggression, the better equipped we will be to prevent it and deal with its consequences.