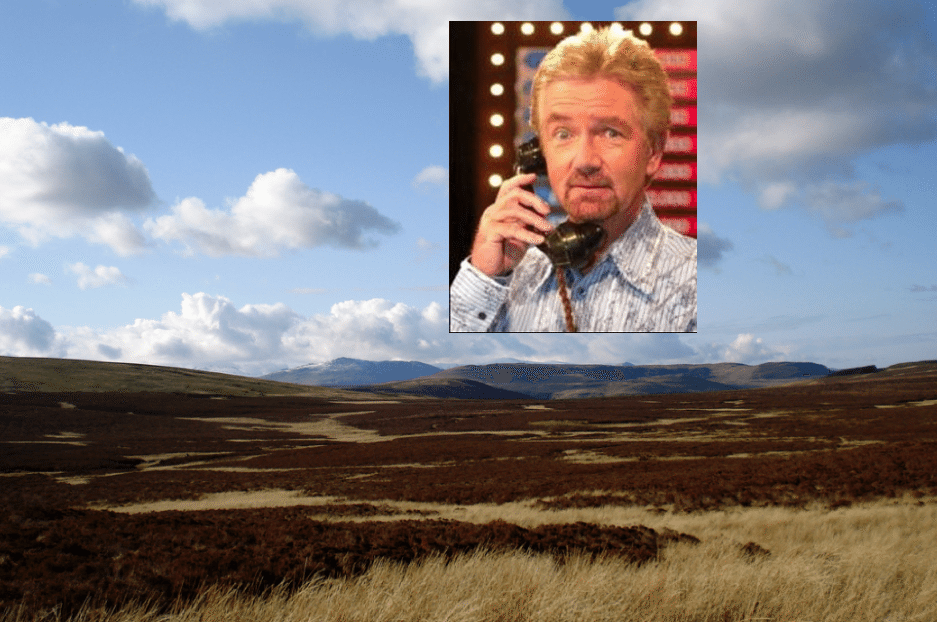 Noel Edmonds has caused a minor Twitter meltdown by asking whether he is alone in feeling Britain is full. He is not alone – but is he right?

After getting stuck in traffic during rush hour on Wednesday morning, Edmonds tweeted:

Twitter was quick to point out the logical fallacy in his argument:

Just collected the bins from outside. Didn't see anyone. Am I alone in feeling Britain is empty? https://t.co/pjV7KeAZOS

But, while many lampooned his tweet, plenty of others agreed with him. Do they have a point?

First off, let’s be upfront: Noel Edmonds was talking about immigration. A BNP branch and a Ukip MEP leapt to agree with him because they know that “Britain is full” is shorthand for “Britain is full of immigrants”.

Edmonds is on record using similar language to support his anti-immigration position a few years ago:

In that context, let’s take a look at the evidence.

With just 6.8% of its land area classified as urbanised, Britain is not literally full, as Twitter pointed out:

Yup, @NoelEdmonds is right. As these pictures show, we Brits are basically crammed in shoulder-to-shoulder… pic.twitter.com/Esb2uX38km

It does have a fairly high population density – higher than France and Germany, but still lower than Belgium or the Netherlands. Overall, the country sits at a fairly unremarkable 51st place in the ranking of the world’s most densely populated countries and territories (or the 50th, or the 43rd, depending on your source).

If we were to have the highest population density in the world, equal to Macau’s, nearly 5.2bn people would need to live in these islands by my reckoning. That would be full. Or to equal the Netherlands, a country that seems to function fairly well, we’d need a population of around 100 million.

There is self-evidently space to fit more people in the country. The question is: do we want to fill it? And your answer to that will depend on the views you hold on a whole host of related issues – from whether you’d like the country to be self-sufficient in agriculture to whether you think an ageing population is a problem.

Optimum population level, in other words, depends on what you want to achieve; it is largely subjective.

But people who argue that “Britain is full” are rarely referring to population density. Like Noel Edmonds and many of his supporters, they are usually talking about the perceived pressure migration puts on our infrastructure and services:

Britain’s population stands at an estimated 64.6 million, according to the Office for National Statistics (ONS), and net migration to the UK is currently around 336,000 per year. This is high for Britain, in historical terms. But not high enough to justify fears that immigration is pushing Britain’s infrastructure and services towards collapse.

Let’s take energy, which seems to worry Noel Edmonds a lot. He has previously warned that, thanks to immigration, “we are going to run out of energy”. It’s safe to assume that immigrants have not actually caused Britain to thwart the fundamental laws of physics – but are they risking its energy security?

The ONS predicts that the UK’s population will reach a little over 71 million by 2030. These figures account for projected net migration as well as natural growth. Assuming for simplicity’s sake that that population conforms to the UK’s current average household size of 2.3 people, those 71 million people will live in just under 31m households.

A recent study commissioned by Greenpeace shows that renewables alone could power almost 90% of the UK’s electricity needs for 30m households by 2030, and still keep the lights on – so it seems likely that we could power 31m households with a little energy from other sources thrown into the mix.

Of course, that will only happen if the UK pursues the right policies – and David Cameron is taking us in precisely the wrong direction. If the lights go out in Britain, it won’t be the fault of a few million immigrants. It will be the fault of successive governments that have systematically failed to invest in the infrastructure the UK needs – egged on by ardent anti-wind energy campaigners like, erm, Noel Edmonds.

Britain is experiencing a full-scale housing crisis, with farcical house prices, a rogue private letting sector and a chronic shortage of social housing.

Certainly, there is a demand problem, and population increases self-evidently add to that demand. But journalist George Monbiot calculated a few years ago that “total population growth in England is responsible for only about 35% of the demand for homes. Most of the rest is the result of the diminishing size of households”.

There is also a major supply problem, including the catastrophic failure of successive governments to build homes or to properly plan our land use (England has dedicated twice as much land to golf courses as it has to housing, according to one estimate). Population growth only accounts for a fraction of the housing problem but again, immigrants find themselves in the firing line.

In health, transport and education, the pattern is the same: 13% of the UK’s population (immigrants) find themselves routinely blamed for short-sighted government policies, chronic under-investment and the ideologically-driven dismantling of our public services.

If the UK’s borders were to suddenly close (and I sincerely hope they won’t), our infrastructure and public services would still be under-funded, and they would still be facing brutal cuts. Because, whatever Noel Edmonds thinks, the pressure on our public services has nothing to do with immigration – and everything to do with a financial elite that brought the country to its knees, refuses to pay its way and is orchestrating a mass transfer of wealth to the rich. And that elite would find it convenient if you blamed somebody else.