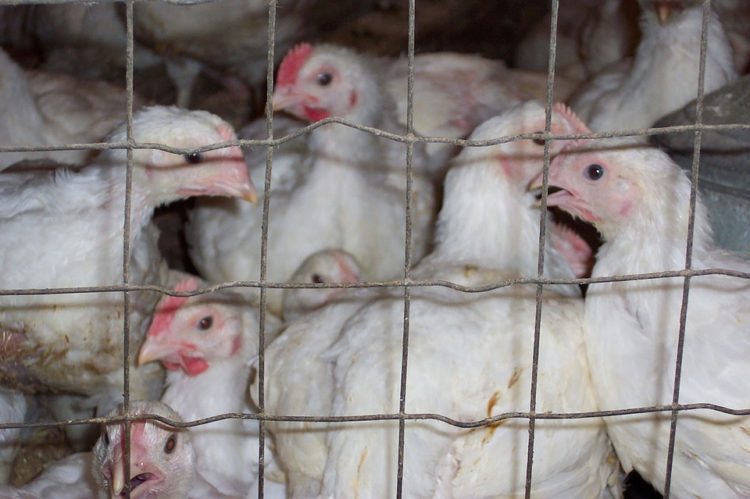 Pasture-raised eggs company Vital Farms and Tel Aviv tech company Novatrans have developed a technology that could see an end to the mass grinding of newly hatched chicks.

Killed in the most gruesome way possible

Billions of male chicks are killed every year by the poultry industry. It is done either by means of gassing or maceration (being mechanically ground up). Suffocating in plastic bags is also a horrific reality for many male chicks.

Male chicks face this demise because chickens bred for egg-laying purposes don’t have enough body mass to justify commercially raising them for meat. Male chicks born in hatcheries (facilities where eggs are hatched under artificial conditions) obviously don’t lay eggs, are therefore seen as useless, and are killed in the most efficient way possible. But it is also a gruesome method of slaughter.

TeraEgg will be able to examine eggs through a non-invasive process known as terahertz spectroscopy.

The technology can tell whether it is male, female or infertile through the detection of gasses that leak from the pores of the egg. This can be done in a matter of seconds. Waiting for the chicken to hatch, on the other hand, takes three weeks.

Paul Knepper, president of Ovabrite – the subsidiary of Vital Farms which developed the technology – said:

We estimate the value of wasted eggs – male and infertile – to be at least $440 million annually.

How technology can reduce animal suffering

A few years ago, a lab-grown burger was made thanks to a Dutch team of researchers. And they hope it will be commercially available in the next five years.

Lab-grown meat has won the support of some animal welfare groups who say it addresses concerns about animal suffering. If meat can be grown from stem cells, then it appears unnecessary to raise livestock on factory farms. Professor Mark Post, pioneer of the lab-grown burger, says:

I think in the long run when we have the product essentially the same, the animal welfare aspect will mean you’ll see a gradual phase out of the traditional market.

Animal welfare groups campaign to reduce animal suffering, and this is the aim of Vital Farms. CEO Matt O’Hayer says:

TeraEgg has the potential to be one of the greatest advancements in the recent history of animal welfare.

TeraEgg could be an example of when efficiency savings go hand in hand with animal welfare concerns. (Often, an increase in the efficiency of production is associated with huge welfare and environmental costs.)

But many animal rights advocates are unlikely to be overjoyed about TeraEgg. For example, Doris Lin from the Animal Protection League takes issue with lab-grown meat because it still depends on animal exploitation and suffering. While animal welfare groups want to reduce suffering, animal rights groups want to eliminate it, calling for an end to the use of animals.

TeraEgg will massively reduce animal suffering in the poultry industry, but it does not address the more fundamental issue of viewing animals as property. Animal rights philosopher Gary Francione has also claimed that:

…animal welfare generally protects animal interests only to the extent that it provides economic benefits for humans. This explicitly reinforces the status of nonhumans as commodities, as property.

It is doubtful whether TeraEgg would still have been developed if it didn’t offer such impressive commercial benefits to both Vital Farms and hatcheries. And for Francione, this is where the problem lies. Perhaps the mass grinding of male chicks will end, but what economic incentive is there to end factory farming itself?

The debate rages on about whether animal welfare achieves more for animals than animal rights. But TeraEgg, like lab-grown meat, opens up debate on these issues. And it illustrates the fascinating relationship between technology, food and ethics.