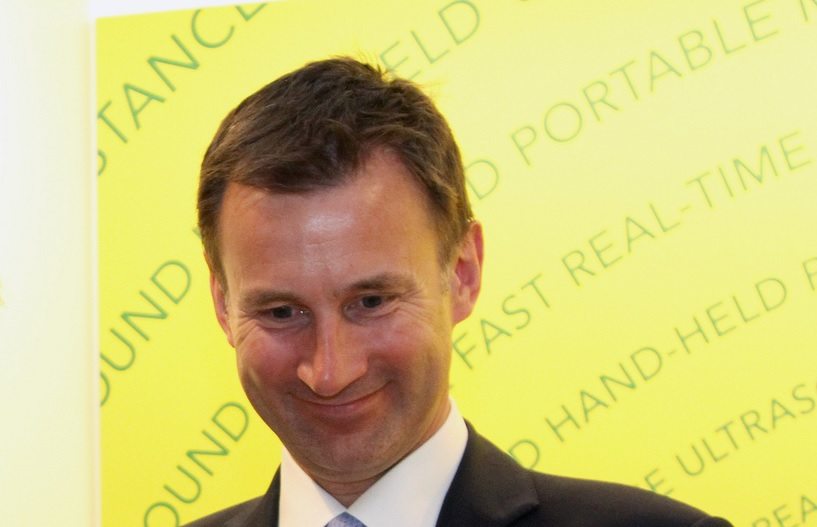 Health Secretary Jeremy Hunt has teamed up with Work and Pensions Secretary Damian Green. And together, they have hatched a plan that could truly stick it to disabled people. Yet The Telegraph has spun the plan into a story asserting that workers stand to benefit from the proposals, because it will allow them to receive sick pay while working.

On 31 October, Hunt and Green revealed their intention to overhaul the sick pay and GP ‘fit notes’ system (previously known as sick notes). The aim of the review is to “support workers back into their jobs faster, and for longer”, according to its architects. They provided very little substance on what the changes would actually entail. But the aim was clear: ‘phasing’ disabled people back into work.

“Workers could still be entitled to sick pay after returning to their jobs,” The Telegraph asserted after hearing the news. It told its readers that the plans would help 1.5 million disabled people escape the “draconian benefit rules”. And it claimed the plans mark a “significant” change from the Conservatives’ disability policies under previous Prime Minister David Cameron.

But the Labour Party responded differently. It accused the government of overseeing a “callous social security regime” that is an “insult” to disabled people.

The government’s ‘Work, Health and Disability Green Paper’ announcement was accompanied by an information pack. And it is filled with statistics on worklessness among disabled people. There is a 32.2% employment rate gap between disabled and non-disabled people, for example. Furthermore, disability and long-term illness costs the economy £100bn a year.

It also revealed that, of the total number of new eligible claimants for Employment and Support Allowance (ESA) in 2013/14, as many died as were found new employment within a month of the claim. 12,000 in both categories.

But the data pack, and the ministers’ statements, focuses in depth on one particular point. As Hunt explained:

This green paper launches a wide-ranging debate about recognising the value of work as a health outcome.

With all the evidence showing that work is a major driver of health, this is a big opportunity: to make sure that people get the support they need, improve their health, and benefit the NHS all at the same time.

I hope that health professionals will contribute their expertise so that we can ensure the best possible outcomes.

The supporting data for the changes shows that mental health conditions are higher among people out of work than those in work. So Hunt’s assessment is that finding employment would relieve those conditions for some. While that is a common sense conclusion, the outcome would depend on the suitability of that employment for each candidate. Because if the job itself is inappropriate, mundane or stressful, those mental health conditions could be exacerbated.

It depends on the disability

And there are different concerns for those with physical disabilities. The data identifies musculoskeletal conditions as one of the highest drivers of worklessness. But in order for those affected by such conditions to find suitable employment, the organisation with which they work must take steps to adapt to those conditions.

Contrary to Hunt’s assertion, people with musculoskeletal conditions won’t miraculously become ‘healthy’ just because they are in work.

The ministers have pledged to set up a “Disability Confident Business Leaders Group” as part of the changes. This group would aim to “increase employer engagement around disabled employment”. And the government will be:

But although “engagement” for employers around disability employment is vital, if they are to create a ‘healthy’ working environment, those disabilities need to be accommodated for. And though employers should be ‘encouraged’ to engage with employees who have long-term health conditions, they also have to be willing to adapt the workplace to make those conditions manageable within it. If they want employees to stay in work, that is.

The Chief Executives of NHS England and Public Health England welcomed the proposals. Mark Atkinson, Chief Executive at disability charity Scope, also said: “it is right that the government has recognised this is an injustice that needs to be tackled”.

Yet, there are important questions that need to be asked. Of course, more support is needed to ensure those with disabilities and long-term illnesses are afforded the opportunity to work. But why then did the same government introduce a new benefits rule that has resulted in up to 500 disability scooters each week being removed from those who need them?

And will the changes to sick pay and ‘fit notes’ result in disabled people being penalised if they are unable or unwilling to take up certain jobs? Furthermore, what responsibility will the government place on employers to make sure their workplace is ‘fit for work’ for those with disabilities?

The government’s record on supporting disabled people makes it very difficult to take this “improving lives” plan at face value. It could very well be a force for good, and help those with health issues find employment. But it could also be a vehicle through which the government can force disabled people into work to relieve the burden on the state.

The devil will be in the detail. And all involved need to be vigilant to ensure the plan proposed by these ministers isn’t one that can be turned into a tyrannical regime.