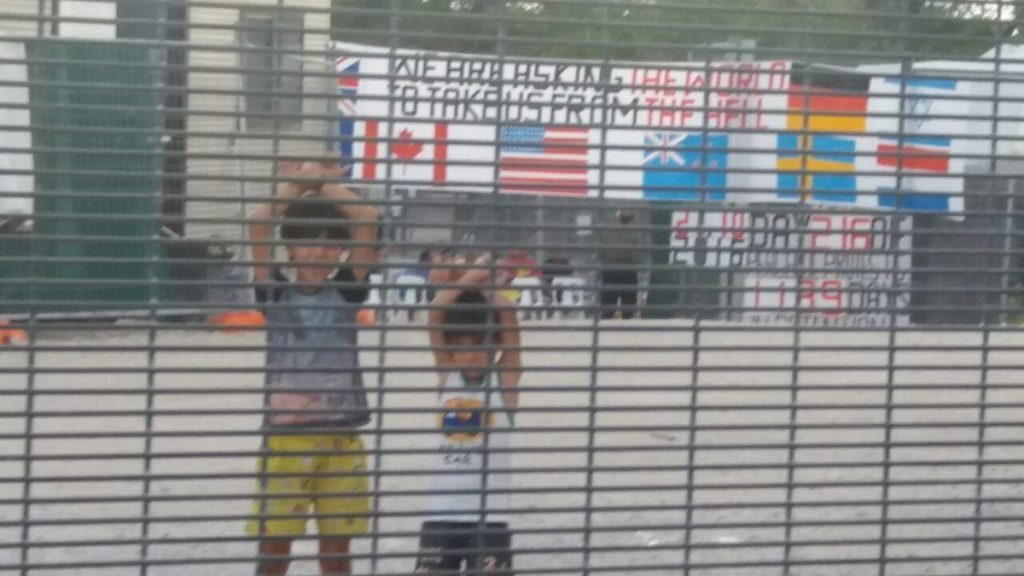 On Tuesday 1 November, BBC4 will broadcast ‘Chasing Asylum‘ – an award-winning documentary by Eva Orner. But it’s a film that the Australian government won’t want you to see.

The documentary shows Australia’s shocking treatment of refugees and asylum seekers. And while non-Australian TV outlets are showing the film, Orner says no Australian TV companies have offered to show it. People in Australia can only see it in selected cinemas.

The backdrop to this film is a series of damning reports of physical and psychological abuse endured by refugees.

In August, The Guardian Australia published what it called ‘The Nauru Files‘ – documents providing extensive evidence of abuse at the Australian refugee detention facility in Nauru. There have been shocking reports on the offshore detention programme from Human Rights Watch and the UN Rapporteur on Torture. The latest report – perhaps the most damning – is from Amnesty International. Condemnation has also come from the UN high commissioner for human rights, the UN committee against torture, the UN special rapporteur on the human rights of migrants, and the UN high commissioner for refugees.

There are currently 843 men held on Manus Island, and 466 people (including 50 children) on Nauru. Most have been there for three years. There have been 250 cases of children committing or threatening self-harm, 67 cases of child abuse, over 20 cases of rape or sexual assault of asylum seekers, and 200 cases of assault. And that’s just on Nauru.

The Australian government has obligations to ensure respect for and protection of human rights. Relevant treaties include the International Covenant on Civil and Political Rights (ICCPR), the International Covenant on Economic, Social and Cultural Rights (ICESCR), the Convention against Torture and Other Cruel, Inhuman or Degrading Treatment or Punishment (CAT) and the Convention on the Rights of the Child (CRC).

Australia has announced that all refugees arriving by boat will face a life-time ban from the country. The legislation will also apply retrospectively to all those detained offshore. This in spite of the fact that Australia is legally bound by Article 31 of the refugees convention, which bans states from imposing any sanction or punishment on an asylum seeker because of the way in which they arrived, or from imposing any permanent restriction on their movement.

The Australian Commonwealth’s Work Health and Safety Act 2011 (WHS Act) imposes a duty on the workplace operator (the government in this case) to ensure that both workers and “other persons” in the workplace (in this case, detainees) are not exposed to preventable risks to their health (including psychological health) and safety. Under this law, failure to comply is a criminal offence, which could see the offender fined up to A$3m and its officers face jail for up to five years.

Costello says Australia cannot transfer these workplace obligations to another government (such as Papua New Guinea or Nauru) or a contractor (like Ferrovial). He also details breaches of the law, including: “the apparent failure – at the Nauru RPC and especially in relation to women and girls – to prevent exposure to a risk to their health and safety, specifically the risk of rape and sexual assault”.

In June, the Australian Lawyers Alliance published a report – Untold Damage – that provided evidence of breaches of the workplace health and safety laws that apply to offshore refugee facilities. It concluded that Comcare (the statutory body that oversees workplace health and safety) should “consider the appropriateness of prosecuting the Department of Immigration and Border Protection and/or relevant contractors for possible breaches of the WHS Act”.

Meanwhile, law graduate Tracie Aylmer has made a submission to the International Criminal Court, alleging that Australian government ministers have committed crimes against humanity in relation to the country’s offshore refugee policy.

In September, the Australian Lawyers for Human Rights (ALHR) decided it would no longer wait for the Australian government to find a viable solution to the offshore detention of refugees. It took direct action, sending letters to the foreign ministers of four countries (Canada, New Zealand, Germany and the USA), seeking their assistance in finding homes for the refugees held on Nauru and Manus Island.

New Zealand has already said it will take 150 refugees detained offshore. And Canada currently has an excellent record when it comes to refugee intake. But the Australian government refuses to allow the resettlement.