For this prime minister, the 'Panama Papers' tax scandal just won't go away - The Canary 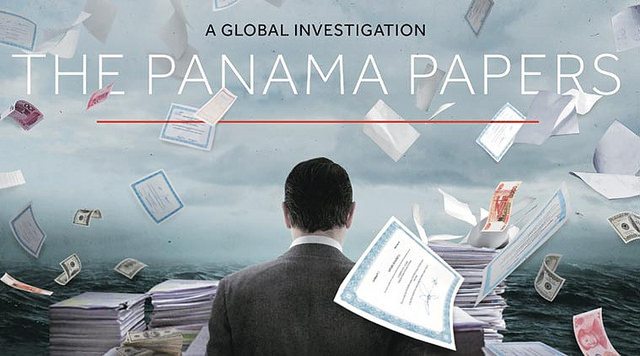 Seven months after the ‘Panama Papers‘ tax scandal, one opposition group in Pakistan has successfully forced the establishment of a commission to investigate the Prime Minister’s wealth in offshore companies.

The Supreme Court in Pakistan started proceedings in a case labelled ‘Panamagate’ after leaked reports exposed who had wealth stored in the tax haven of Panama. Pakistani Prime Minister Nawaz Sharif was one of those mentioned in the leaks, along with members of his family.

Imran Khan, leader of the Pakistan Tehreek-i-Insaaf (PTI) party (or ‘Justice party’), petitioned the Supreme Court to investigate allegations of corruption by Sharif. On Tuesday 1 November, the Supreme Court ruled that it would set up a commission to probe the leaked revelations about Sharif and his family. And it will accept terms of reference (ToRs) from both the PTI and Sharif’s party – the Pakistan Muslim League (PML).

The PTI called for nationwide protests for this outcome, in defiance of a ban. But rallies experienced heavy police interference, involving physical force and teargas to stop protestors. Many were arrested, and the PTI claims that two of its supporters died from teargas inhalation.

While a ‘lockdown’ was planned on Wednesday 2 November, Khan decided to change the action to a day of thanksgiving, saying:

I am elated that the investigation into Nawaz Sharif’s [alleged corruption] will begin [the] day after tomorrow.

Some have criticised Khan for the change in strategy, but others see it as necessary in respect of the Court’s decision. Supreme Court proceedings will resume on Thursday 3 November.

Panamagate started after a law firm called Mossack Fonseca leaked millions of records detailing how and which politicians and celebrities used banks, law firms and shell companies to essentially hide their assets in tax havens. The leaks formed an investigation published on 3 April 2016 by the International Consortium of Investigative Journalists.

Documents indicated that Prime Minister Nawaz Sharif’s children Maryam, Hasan and Hussain “were owners or had the right to authorise transactions for several companies”.

This in itself is not illegal, but Khan has argued that wealth stored in this way has come from corruption. He has kept up pressure for a transparent inquiry into the practices.

The Pakistani case may be the biggest action we have seen in relation to the scandal since April’s leaks, which also implicated family members of then British Prime Minister David Cameron. Six Israelis have also been arrested in relation to the Panama Papers, but anti-corruption group Transparency International has questioned whether anything has really changed (apart from political commitments) since the  revelations.

Although progress has been slow up to this point, others around the world angry about the tax avoidance of their political elites may find hope in the relentless pursuit of justice in Pakistan.