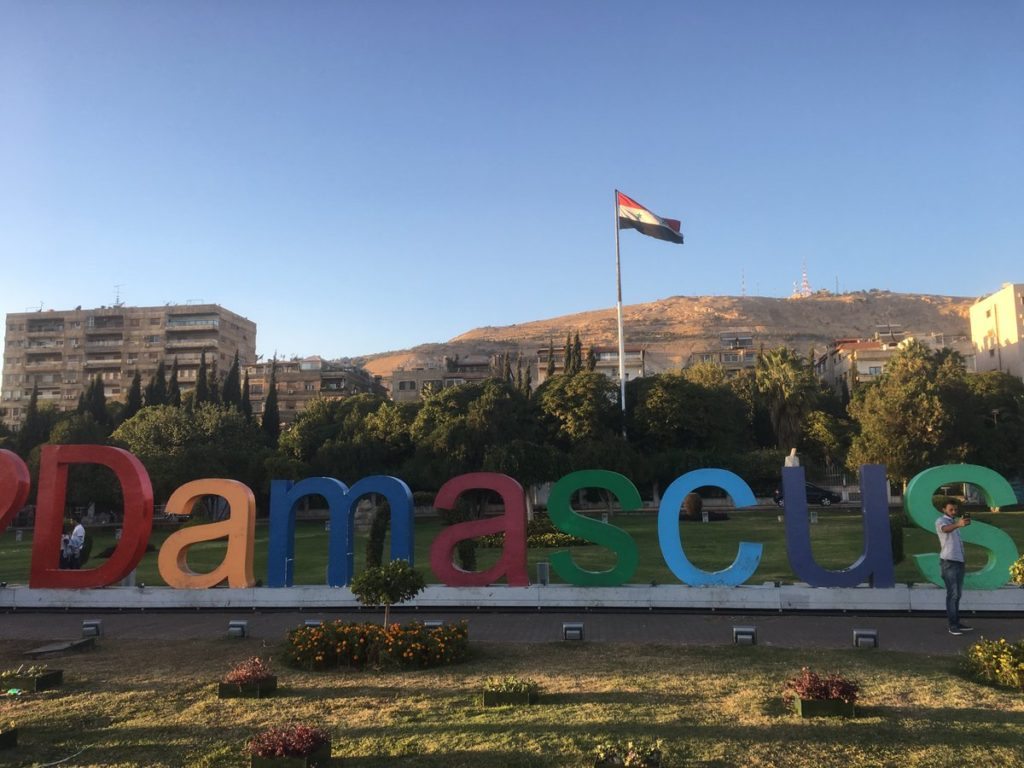 Life seems shockingly normal in what locals call “Fortress/Castle Damascus”. But it shouldn’t. Syria is now in its sixth year of a grinding war; a conflict that has claimed the lives of more than half a million people. And an end to the carnage still seems nowhere in sight.

But as I’ve experienced in recent days, life continues as normal inside the government stronghold of Damascus.

A journey back to Damascus

The Syrian capital of Damascus remains encased in what seems an impenetrable security arch of checkpoints and blocked ‘no go zones’. The layout is designed to make it impossible for anti-government insurgents to reach the sprawling heart of the Syrian capital. Nestled against Mount Qasioun, the city also houses the seat of the embattled Assad government.

I’ve finally returned to Damascus. I used to travel here frequently from 2004 until just before 2011 – the start of the conflict. Now, I’m back in the capital to report exclusively for The Canary.

Aside from extreme inflation and strategically placed checkpoints, Damascus is much the same as I experienced it in pre-war days. The city is teeming with people going to and from work, eating on sidewalk cafes and taking selfies in downtown parks. There are still many of the same charming hole-in-the-wall shops, bars, and exotic trinket stores.

Life in the city

If you were dropped into the middle of downtown Martyr’s Square, or even anywhere along the Beirut-Damascus highway, you wouldn’t know that the ugliest humanitarian crisis in recent history is raging throughout the country. You certainly would never suspect that Damascus could become the next ‘ground zero’ for a new world war as negotiations between the US and Russia become increasingly confrontational.

Locals are enjoying a sense of return to ‘the ordinary’ within the massive security bubble that is ‘Fortress Damascus’. It’s bewildering and unexpected. But at the same time, it could offer a sign of hope. One day, maybe every part of Syria could return to normality.

But is life in Damascus today really normal?

Coping with the crisis on the capital’s doorstep

Despite appearances, the crisis is also in Damascus. Most Syrians I stop and talk to have a story of loss and desperation to tell. It feels as if absolutely everyone has lost a cousin, son, daughter, uncle, or close friend in this terrible war.

But many locals, in order to cope with the raw traumatic history of loss, exercise a carpe diem attitude. Even as sporadic mortar shells continue to threaten the neighborhoods.

Take the smoky, packed out Halloween party at the popular Tiki Bar in the historic part of the city (see image below). A bit surreal considering you could walk out of the nearby ‘Sharqi Gate’ (Bab Sharqi) and encounter the front lines of the embattled Jobar district. The bizarre reality is that these secular Syrian youngsters were partying right next to the jihadist stronghold of Jobar – long held by Al-Qaeda in Syria (the Nusra Front) and other internationally designated terrorist groups.

Is this really a form of escapism or return? Damascenes I’ve talked to thus far have insisted that they wish to return to the “real Syria” they knew before the war. “Welcome to the real Syria” is something that I’ve heard over and over again from exuberant and hope-filled voices. One young woman said she doesn’t want her country “to become Iraq”.

Will the world witness a tipping point in Syria – a point of no return?

Stay tuned for [Part II] in our series of articles from the ground in Syria.

Update: This article was amended on 2 November 2016 to correct a timeline error.

– Support this recognised Syrian relief charity which is on the ground in Syria.

Featured image via Brad Hoff for The Canary