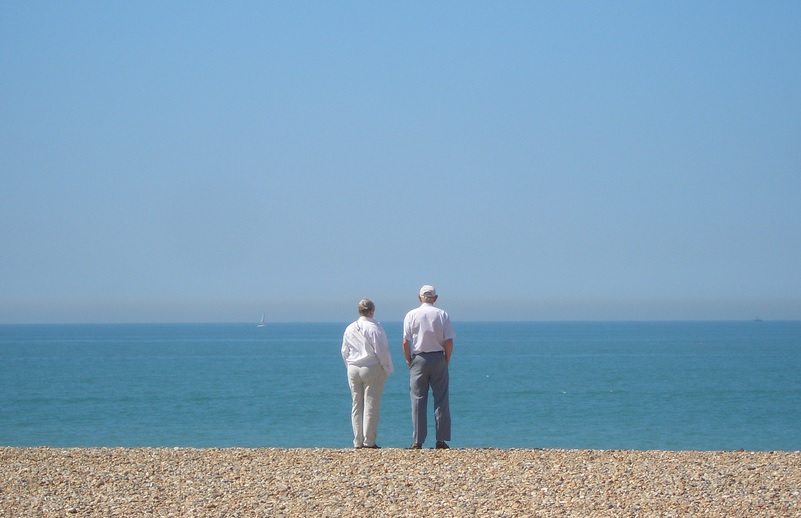 An online campaign has just transformed the lives of an elderly couple, after it triggered a council U-turn. The couple faced being forced apart after the council told them they do not ‘meet the criteria’ to live together anymore. Those ‘criteria’ are sourced from the Conservative government’s Care Act 2014.

But after an online petition gained 21,000 signatures and went viral, the council announced that it would allow them to see out their final days together.

It’s not about care, it’s about criteria

Jessie and Ray Lorrison live in South Shields, South Tyneside. They have been together since 1946. But Jessie was rushed to hospital nine weeks ago. Her daughter Cheryl explained why:

My mam was taken to hospital after we found her collapsed. She had a kidney infection and a lung infection.

Ray has Alzheimer’s. So due to his ill health, his children arranged for him to go to a care home while Jessie recovered. But Cheryl pointed out:

He started to deteriorate and it was decided that it was best for him to stay in the home permanently. He was getting well cared for so we were fine with that.

Jessie was released from hospital, and was allowed to stay with her husband at the care home. She was then taken back to hospital with sepsis. But according to Cheryl, an assessment carried out at the hospital found she did not fulfil the criteria to permanently join her husband at the home.

Cheryl said South Tyneside Social Services had decided she was well enough to live at home. And that it had concluded Jessie should receive four home care visits a day. A South Tyneside Council spokesperson commented at the time:

The Council is not able to comment on individual cases, however any decision on care and support for an individual is based on their own needs and is made in line with the Care Act.

The Conservative government, while in coalition, introduced the Care Act in 2014. The Public Accounts Committee (PAC) found in June 2016 that the act’s demand for yearly reviews of social care services may be placing “unneccesary costs” on councils. Furthermore, thinktanks have warned of funding gaps in social care services. They claim the gap will rise from £1.2bn to £2.8bn in 2019-20. Others have predicted the looming gap will be even higher, at a shortfall of £4.3bn by the end of the decade.

But in the case of Jessie and Ray Lorrison, a social media campaign was started, to acknowledge the “inhumane treatment” they were facing. And it gained support worldwide. Subsequently, the council announced:

The assessment process has now been completed and the lady will be placed in the same residential home as her husband.

Lee Bates, the couple’s grandson, started the petition that preceded the U-turn. He welcomed the council’s rethink, saying:

The public support has been astonishing.

We have had in excess of 20,000 people sign the petition from all over the world, Australia, Poland and the US. The speed it has gone at is incredible.

Thankfully for the Lorrisons, the internet campaign gained enough momentum to bring their situation to light. But their treatment is surely not an anomaly. The government’s failure to adequately fund the social care system must have left others in its wake, too.

It’s money, not bureaucracy, that the social care system needs. That would allow services to ensure they have enough staff and facilities to give people like the Lorrisons the care they deserve.