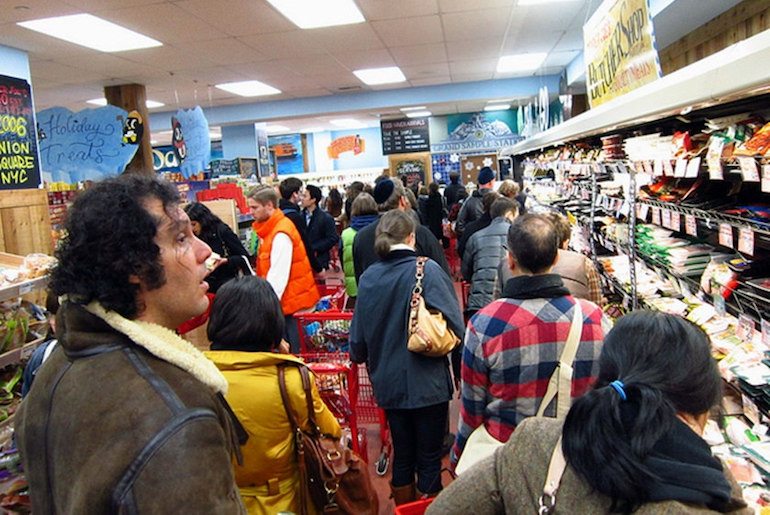 Inflation is set to rocket to 4% during 2017. The figure, calculated by the National Institute of Economic and Social Research (NIESR), would represent the highest rate of inflation since December 2011.

It will mean a rise in the cost of living. This will occur alongside ongoing austerity measures by Theresa May’s government, the freeze on tax credits, and the housing crisis, creating a bleak future for many Britons.

Consumer Price Index (CPI) inflation is currently running at about 1%, but uncertainty caused by Brexit will see it quadruple over the next year. NIESR states that the collapse in the value of the pound will continue to make imported goods more expensive, while Theresa May’s decision to trigger Article 50 in the spring will cause the situation to snowball.

The Prime Minister has been determined to steer a hard Brexit course since assuming office, despite being pro-Remain while Home Secretary. Her reasons for this U-turn are mysterious, but the consequences are becoming clear.

The pound in your pocket

Sterling has fallen 20% against the dollar and 15% against the Euro since the EU referendum. This is not just a problem for holidaymakers. Many companies, including Nestlé, Typhoo and Apple have already indicated that as a result, they will have to raise UK prices.

households are about to endure a renewed period of falling living standards due to soaring inflation. Fuel, food and technology prices are already rising […] and hefty price rises will be seen across the whole spectrum of consumer goods next year.

NIESR said that the average Briton’s real disposable income will fall by 0.5% during this time.

This economic downturn will coincide with Theresa May’s renewed emphasis on austerity. 0.5% may not matter much to high earners, but could be catastrophic for some.

As documented by The Canary on 1 November, Employment and Support Allowance (ESA) for sick and disabled people is due to be cut. And a new, low national benefit cap is being introduced as well.

The clear conclusion is that those on low incomes or benefits will be hardest hit over the coming year. Trade Union Congress Secretary Frances O’Grady stated:

A fall in growth will leave workers paying the price, through fewer jobs and lower wages.

Never has a new approach been more badly needed.

– Join the campaign to create money in the interests of people, not financial markets here

– Support The Canary, so we can continue to bring you the news that matters