The government may be breaking the law again, but this time Corbyn is on its case [IMAGES] - The Canary 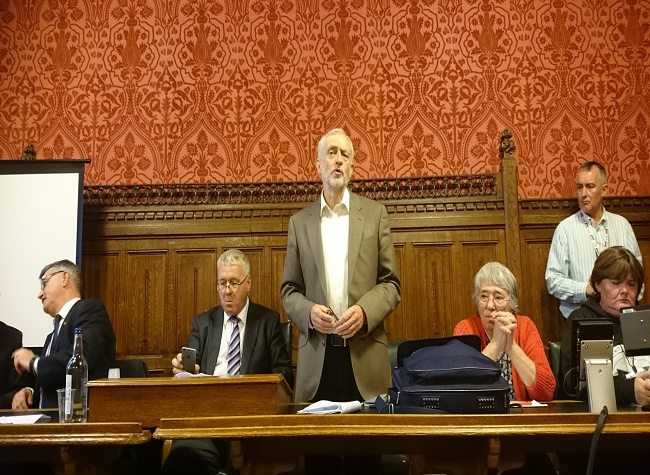 The Conservative government may well be breaking the law, once again; this time regarding the actions of a private rail company. Embattled Southern Rail is planning to make driver-only operation (DOO) trains the standard across its network. But on 1 November, Jeremy Corbyn gave his support to a campaign to hold the government and Southern Rail to account. A group of passengers is taking the Department for Transport (DfT) to court over the situation. And if they win, it could set a precedent across the UK.

DOO trains would see the scrapping of guards across nearly all Southern Rail services across Surrey and Sussex. This could mean the loss of 400 guards on trains. Disabled passengers would have to book support 48 hours in advance to get on and off trains. The National Union of Rail, Maritime and Transport Workers (RMT), Disabled People Against Cuts (DPAC), and the Association of British Commuters (ABC) say this would be breaking the law. The groups claim this is in breach of the Equality Act 2010.

The RMT claims that safety is going to be compromised. It cites the fact that, currently, both drivers and guards protect the safety of the train. Guards are trained in operational safety and route knowledge. This includes being able to secure the doors safely, protecting the train, and acting in emergencies. The RMT says that independent inquiries after train crashes and fatalities have consistently said that staff trained in protection and evacuation procedures are needed on board.

The union gave an example of what can happen with DOO trains. A passenger’s bag got trapped in the door of a DOO train. She was severely injured after being dragged along the platform: 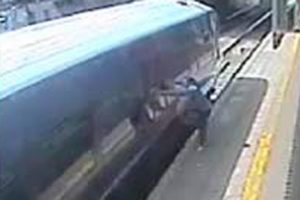 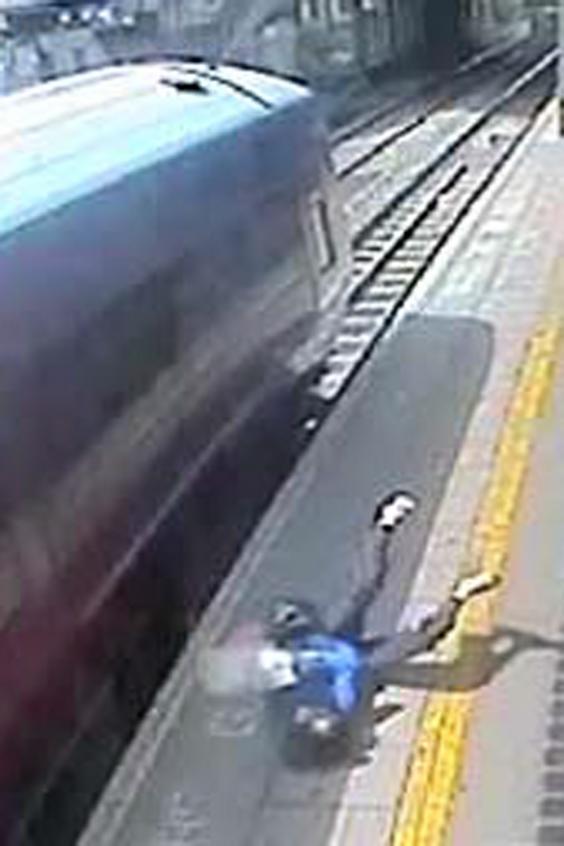 The ABC says of the plans for DOO trains:

The ABC believes that it is totally unacceptable, unlawful and immoral that disabled passengers have to book assistance as long as 48 hours in advance. And they are not assured of a service even then. If DOO becomes the norm on the network, this could mean a permanent breach of the Equality Act in cases where unstaffed trains stop at unstaffed platforms, particularly in rural areas across the South. This is a situation that… could set back equality of access rights thirty years.

But this is not just a problem on the Southern Rail franchise. Rail North also has plans to introduce DOO across their network. As does Abellio ScotRail. But the ABC legal action against the DfT, if successful, could be a pioneering move. The RMT, DPAC and ABC held a protest and meeting on 1 November at parliament: 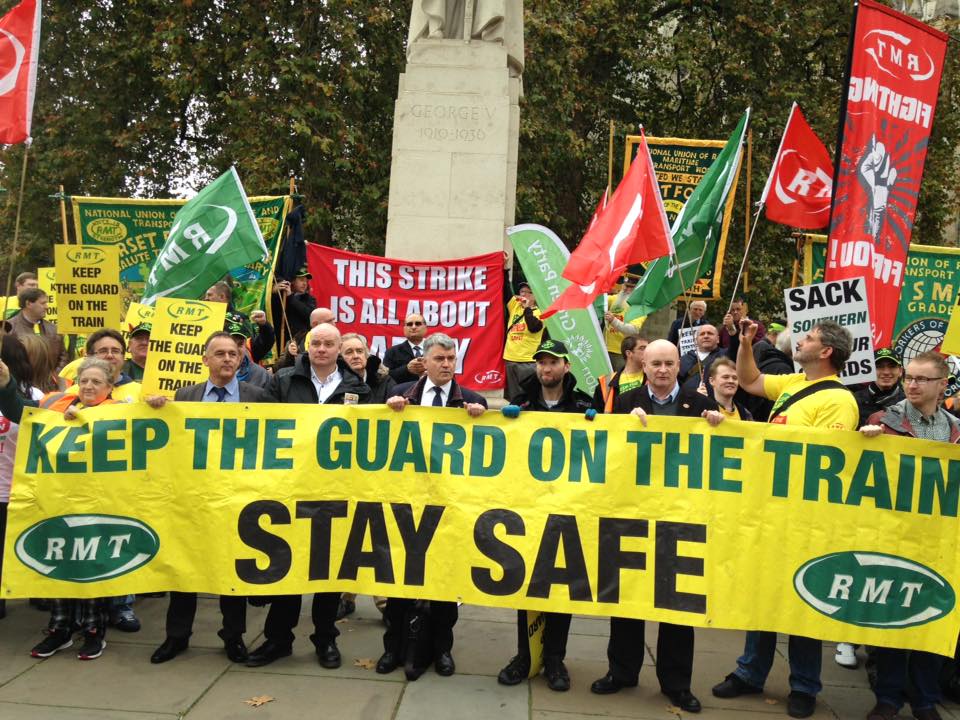 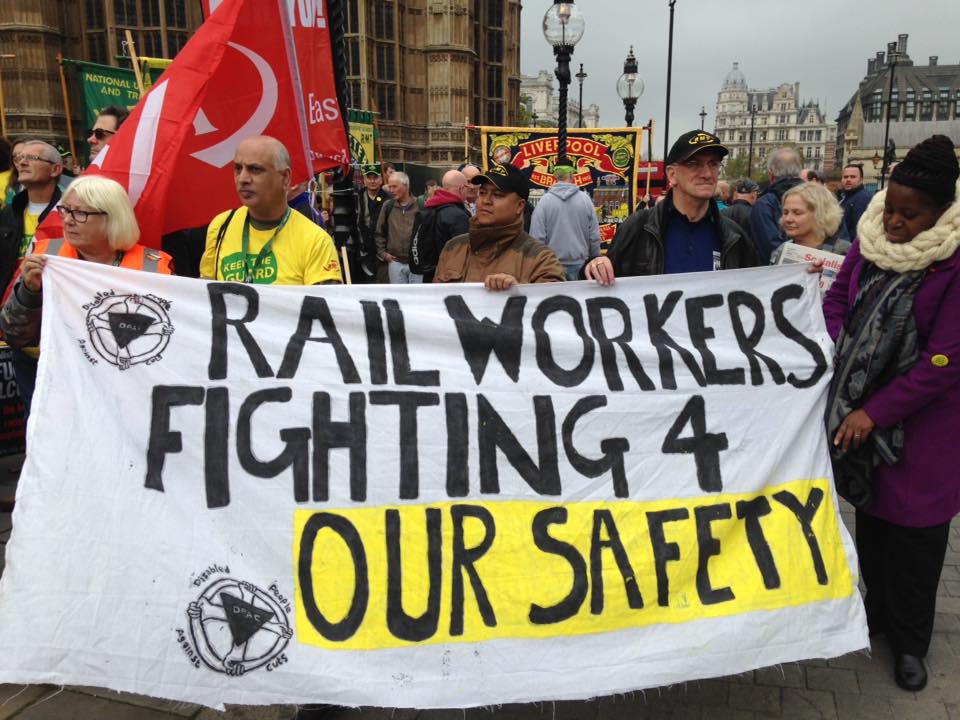 Full steam ahead with legal action

Corbyn, Green MP Caroline Lucas, and Labour’s Andy McDonald MP all attended, giving their support to the campaign. Corbyn made a wry reference to ‘Traingate’, saying “when the floor is full, I take a seat”, and then told the crowd at parliament that “the government seems to be intent on introducing DOO all across the country”.

The ABC is not only challenging the legal status of DOO. The Southern Rail/Govia franchise is plagued by problems, as The Canary previously reported. The ABC is a grassroots organisation, which crowdfunded to take legal action against the DfT over its handling of the franchise. And since it raised over £26,000, the ABC can now press for a judicial review into the DfT’s actions.

Southern Rail is seemingly in a constant state of chaos. And now it, and other rail companies, may have broken equality laws. There may be no better time for the argument for rail nationalisation to be heard than now.

Featured image via the ABC, additional images via Paula Peters