Wow – the mainstream media just 'praised' Jeremy Corbyn, but not for the reasons you might think - Canary 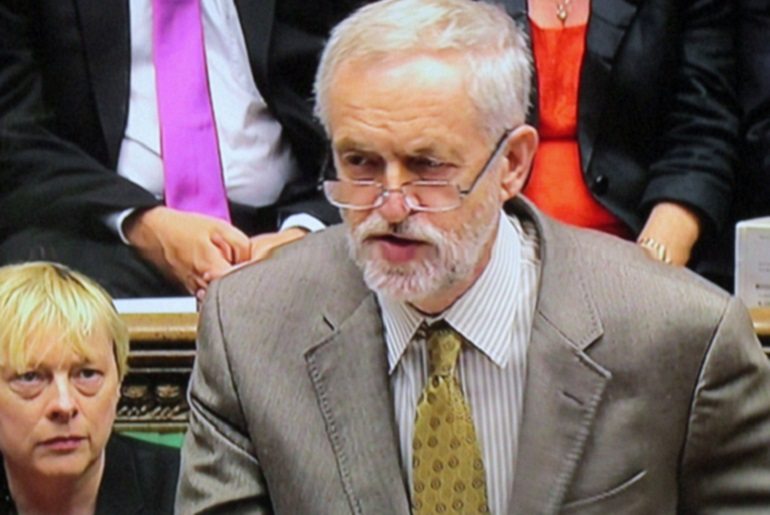 The media’s coverage of Jeremy Corbyn has been almost entirely negative from the outset. From condemning his “militant followers” to his “weak leadership” skills, media outlets have been attacking the Labour leader from every angle. But now, it turns out The Telegraph has had a change of heart. But not over any issues of substance – no, The Telegraph has decided to ‘praise’ Corbyn for his new suit.

On 1 November, The Telegraph ran an article entitled Jeremy Corbyn reveals the secret behind his new M&S suit. 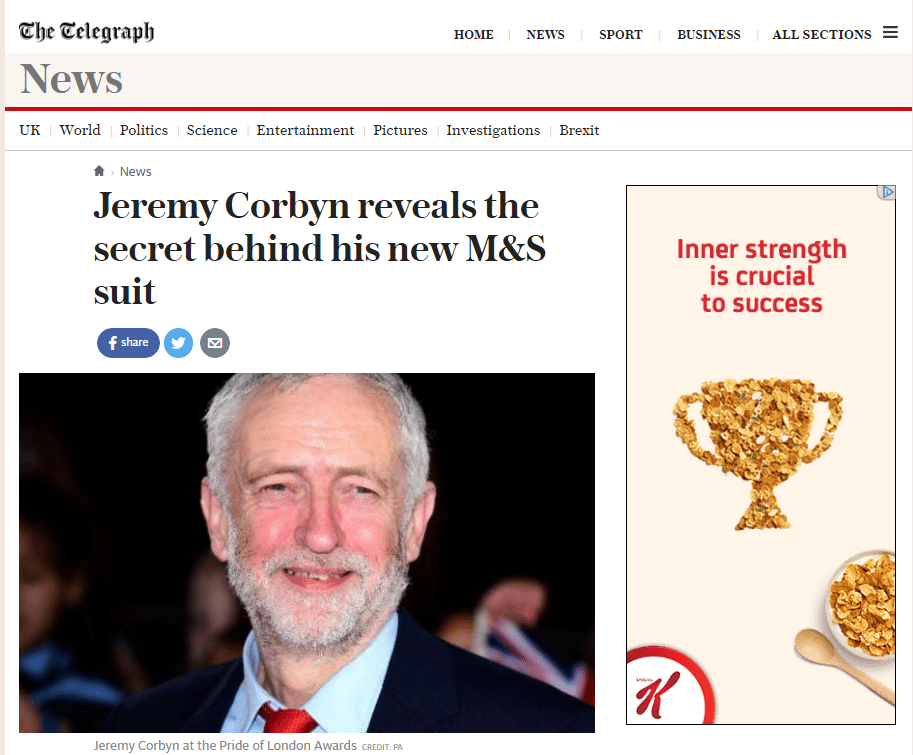 He may have been criticised in the past for his somewhat casual attire, but Labour leader Jeremy Corbyn looked every bit the part when he was photographed on the red carpet at last night’s Pride of Britain Awards.

The article goes on to ‘praise’ Corbyn for his new look before reminding readers about David Cameron’s jibe about Corbyn’s attire:

Mr Cameron had told him [Corbyn] at the time: I think I know what my mother would say, I think she’d look across the Despatch Box say put on a proper suit, do up your tie and sing the national anthem!

The article then abruptly ends with:

The attack [from Cameron] delighted Tory backbenchers who cheered uproariously for more than 30 seconds.

Tellingly, The Telegraph fails to mention Corbyn’s comeback to Cameron:

Talking of motherly advice, my late mother would have said: stand up for the principle of a health service free at the point of use because that is what she dedicated her life to, as did many people of her generation.

While some may dismiss this as just a light-hearted piece, it once again showcases the mainstream media’s negative attitude towards Corbyn. But it also highlights their abject failure to do their job properly. Our politicians, from Corbyn to Theresa May, should be held accountable for their words and deeds – and certainly not for their attire.

– Find out more about Jeremy Corbyn on The Canary.