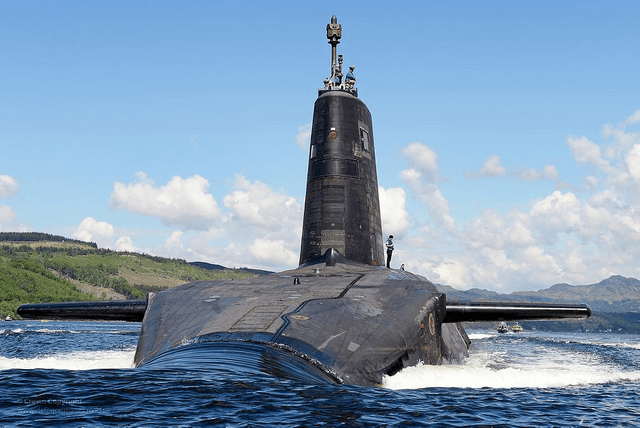 Other than a report in The Guardian, the mainstream media appears to be very silent on the UK’s attempt to stop the UN from entering negotiations to ban nuclear weapons. While the UK voted against the historic resolution on Thursday 27 October, 123 nations voted in favour. Only 38 others opposed it, and 16 abstained.

The UK joined other nuclear states (the US, China, France, Russia, India, Pakistan and Israel) in opposing the landmark resolution. By contrast, North Korea, which has some form of nuclear warheads, voted in favour of the treaty, according to reports.

But what about the UK government’s position on nukes?

The UK’s decision appears to be at odds with the Prime Minister’s stance on the Trident nuclear weapons system:

Stopping nuclear weapons being used globally is not achieved by giving them up unilaterally. It is achieved by working towards a multi-lateral process. That process is important and Britain could not be doing more to support this vital work.

The resolution begins negotiations to ban nukes internationally. It is not a vote for what is known as ‘unilateral disarmament’. It does not mean that only the UK will have to give up Trident while Russia, the US and other nations keep their systems. So if Theresa May was truly committed to “working towards a multi-lateral process”, would the UK not have voted for a treaty to do exactly that?

A Foreign Office spokesman defended the decision by claiming the government favoured a “step-by-step approach within existing international frameworks”.

Why the vote was necessary

For him, it seems that the potential of the treaty to yield results is precisely why nuclear states oppose it:

The numbers are especially encouraging given the ferocious pressure on countries to vote no by the nuclear-armed states, who see that this will fundamentally challenge their continued possession of nuclear weapons

An international ban on weapons of mass destruction is far from unprecedented. We have similar ones for chemical weapons. The professor also noted this:

The treaty will fill the legal gap by which the most destructive of all weapons – nuclear weapons – are the only weapon of mass destruction to not yet be outlawed by international treaty.

Backing a UN treaty to move towards multilateral disarmament seems like a no-brainer. Especially when multilateral disarmament is the official position of the UK and most Trident supporters. The only point in two nations having nuclear weapons is to make sure the other nation doesn’t use them – i.e. ‘mutually assured destruction’. So why not just get rid of them to yield the same result?

– Contact your MP if you disagree with the Trident nuclear “deterrent”.