A blogger made a brave stand against a council boss, now he's making her homeless - Canary Workers’ Co-op 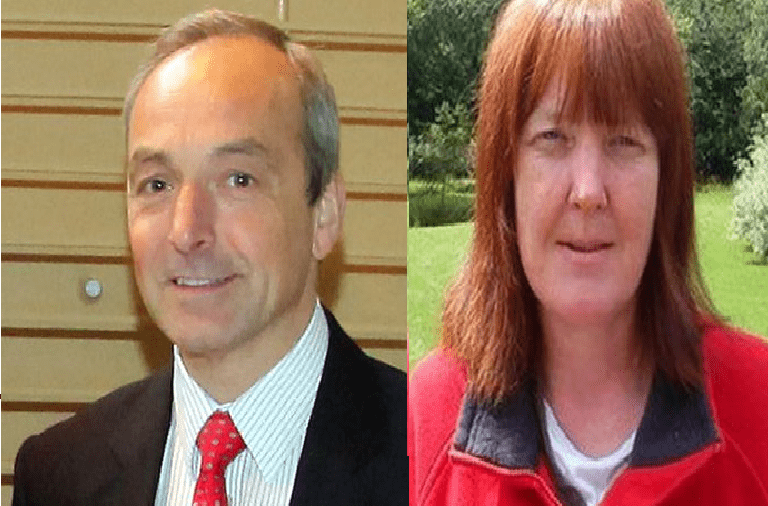 Blogger Jacqui Thompson tried to film a public Carmarthenshire Council meeting in the interest of accountability. She’s now being ordered to sell her home after council boss Mark James sued her for libel, despite him unlawfully using taxpayer cash to pay legal costs.

Where it all started

Thompson began filming what she viewed as “the latest travesty for democracy” at the council back in 2011. She felt the council leadership was ignoring strong local opposition to its plans at the public meeting. After trying to film the proceedings on her mobile, the council had her arrested, handcuffed and detained at a police station for two hours.

She was arrested on peacekeeping grounds, despite only calmly filming from a balcony.

The Coalition government’s guidelines were at odds with the decision to phone the police. They read that kicking people out of council meetings only for filming is “at odds with the fundamentals of democracy”. The government’s statement, which may not apply to Wales but does reflect what a healthy democracy should look like, continues:

The public should rightly expect that elected representatives who have put themselves up for public office be prepared for their decisions to be as transparent as possible and welcome a direct line of communication to their electorate.

In the aftermath of her arrest, James accused Thompson and her family of “running a campaign of harassment, intimidation and defamation of council staff”. The arrest received a lot of negative press. So Thompson viewed James’s online post as a character assassination attempt and sued the council boss for libel. But James successfully counter-sued, with the judge ruling that Thompson conducted a smear campaign as “revenge”.

James is now forcing the sale of Thompson’s family home to retrieve damages which have risen to £35,392 after interest. The mother has 14 days to respond. Unlike the council boss, Thompson will also have to pay her own legal costs of £190,000.

This is a step too far, and I cannot believe he is prepared to make me homeless. It seems nothing less than vindictive. We are an ordinary family and it appears that I have committed the cardinal sin of writing a blog critical of the council. I have also been instrumental in bringing greater transparency to our local authority, exposed failings in governance and deficiencies within the democratic processes. For this, we are likely to be made homeless.

If the council was acting in the interest of its constituents, why would there be any problem with citizens filming council decision-making? Public officials on taxpayer salaries must be held accountable to the people they represent. Coming down so hard on Thompson may be designed to deter other bloggers from political writing and documenting governments.

In short, transparency is the bedrock of a functioning democracy. Thompson should not lose her family home for trying to uphold it, while the taxpayer foots the council boss’s legal bill.

The Canary contacted Mark James for comment but had received no reply at the time of publication.