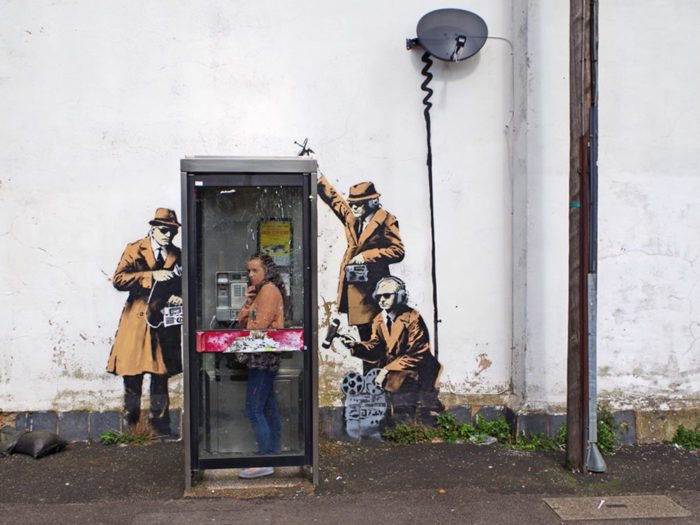 MI5 chief Andrew Parker recently told The Guardian that mass surveillance is necessary because terrorism is an “enduring threat” in the UK.

Parker supports bulk data collection (mass surveillance) even though – as The Canary previously reported – this activity has been deemed illegal.

He argues that “there will be a terrorist attack in the country”. And he goes on to say that “we [MI5] will find and stop most attempts at terrorism in this country”.

But the evidence suggests that mass surveillance is not effective at preventing terrorism; and that all Parker’s argument does is to fill us with fear of an impending threat, so that we will gladly hand over our right to privacy.

Mass surveillance does not prevent terrorism

There is little evidence that bulk data collection makes us safer. ‘Security guru’ Bruce Schneier points out that the surveillance state is not able to prevent terrorist attacks before they happen. He argues that it is laughably ineffective to go through bulk personal data in order to find evidence of terrorism plots.

A closer look at the evidence reveals that US mass surveillance – clarified by the Snowden leaks – has no record of preventing large terror attacks.

Even the NSA’s former technical director, William E. Binney, believes that bulk data collection is pointless. He has criticised the UK’s Investigatory Powers Bill (‘Snooper’s Charter’), telling a Parliamentary Joint Committee of MPs that forcing analysts to sift through billions of records overwhelms their ability to detect threats.

Binney proposes targeted surveillance. He argues that a targeted approach would have made it easier (and less intrusive) in identifying the threats relating to the Paris attacks and 9/11.

The right to privacy is enshrined in Article 8 of the European Convention on Human Rights (ECHR). If we think of rights as protecting essential human interests, we can understand why it’s in there. It is not a luxury – something we can casually sacrifice in the name of national security – but necessary for human freedom.

In any case, we do not have to make a choice between having either privacy or national security. A reasonable balance can be struck between the two.

The public recognises the importance of privacy. A recent survey carried out by tech website Comparitech shows that 70% of UK citizens think the government should delete all personal data it has acquired through illegal means.

But it’s vital that the public understands that mass surveillance is illegal. Prior to being told that bulk data collection was ruled as unlawful, 60% of respondents said it was acceptable in the name of national security. When they were told such activity was illegal, this figure dropped to 23%.

In addition, 55% of those surveyed were not comfortable with the government accessing their private information. In a Gallup poll of US citizens, 53% of respondents disapproved of government surveillance programmes. And they have every reason to feel this way. As Professor J. Solove writes in The Washington Post:

[Mass surveillance] can undermine trust and chill free speech and association. It can make people vulnerable to abuse of their information and further intrusions into their lives.

Even if a person is doing nothing wrong, in a free society, that person shouldn’t have to justify every action that government officials might view as suspicious. A key component of freedom is not having to worry about how to explain oneself all the time.

Andrew Parker’s comments underscore how mass surveillance continues to go against the interests of the public. Rule of law and basic human rights are trivialised. Myths about national security continue to be peddled. And we are made to feel the spectre of terrorism loom over us, so that we do not resist being monitored. All these things considered, we are a long way off from living in a truly free society.