'One of the big problems in this country is everybody's talking about Brexit,' Labour chair tells The Canary - Canary 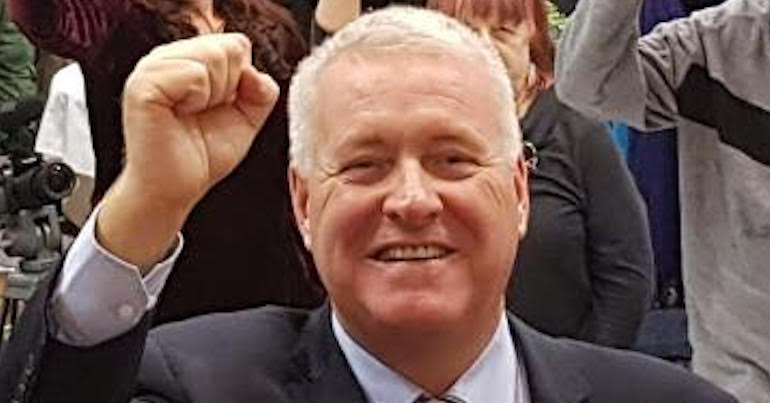 On 5 December, Labour Party chair Ian Lavery spoke as part of a Corbyn-led initiative called community organising. And the MP led the call for a people-powered revolution to start in Cornwall and across the UK. The Canary attended and spoke to Lavery about some of the issues facing the country at a historically unique moment in time. And he was clear that, behind Brexit, we must not ignore the deeper problems people in this country face.

On 4 December, Theresa May’s government became the first in history to be found in contempt of parliament. And Lavery called the current situation “outrageous”, explaining that:

they’ve just added to the huge problems which parliament are facing now because of Theresa May’s shambolic negotiations and unbelievably bad deal which she’s bringing before parliament next week. So we’ve got huge problems and the thing is… these things are new to parliament and we’re not sure what will happen.

Things are moving fast. And as Lavery said, “we’re not sure what will happen in the next day or so never mind the next week”. A “week’s a long time in politics”, he went on, but right now, even “half an hour’s a long time”:

But one thing’s certain, the government – and rightly so – are on the rack.

But although Brexit is dominating headlines, Lavery is acutely aware of the deeper issues in society that the situation masks. As he said, “one of the big problems in this country is everybody’s talking about Brexit”. But there are equally important issues, affecting millions of people, that need urgent attention:

“The country’s on its knees,” Lavery went on, “that’s the problem.” Yet despite this, “we’re discussing Brexit and Brexit only”.

“Support everybody in the country”

Lavery was also clear that it doesn’t have to be this way. “We’ve got to push,” he said, “to recognise that we’ve got to get a much better deal than what Theresa May has come back with.” May’s deal isn’t good enough; nor is the choice she’s given parliament. Because as Lavery explained, “the option isn’t her way or the highway”. And amid constant speculation about Jeremy Corbyn and Labour’s plans, Lavery stated:

The option should be that we would like a general election and we would send our team – negotiate a Brexit deal which would support everybody in the country, not just a political party as in the Tory party.

The Canary asked Lavery if Labour was ready for a general election if May loses the Brexit vote on 11 December. He replied emphatically:

We’re ready for a snap election at any time. We really are. And we think that the country needs a Labour government that will look after the many and not the few in all of the departments I’ve already mentioned.

“The country is in chaos,” he said, “and it needs a government who cares for the people of the country and not just looks after the select few at the very top.” And he continued:

That’s what the Labour Party will bring: hope, opportunity, aspiration. A huge difference to what we’ve got at this moment in time, where only the wealthy and the elite count in society.

May and the Tories lunge further into chaos each day. But after speaking to Lavery, it seems clear that – far from this chaos – Labour really is a government in waiting. And it sounds like it’s truly ready to put the needs of the country’s most vulnerable people first.