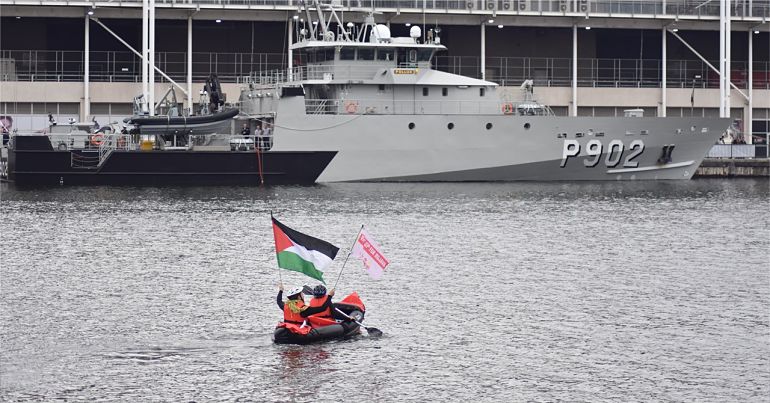 On 10 September, Canary journalists (including this author) took off their press cards and were part of a protest at Defence Security and Equipment International (DSEI) – the world’s largest arms fair.

Using a kayak, two people rowed into the path of the war ships and breached the massive security operation. The action was timed to coincide with, and therefore disrupt, the BAE Systems boat display.

Flares were lit on the water and at shore, and alongside chanting and banners, it was clear to the arms dealers that people were not going to sit back and let them continue their trade in death and destruction unchallenged: 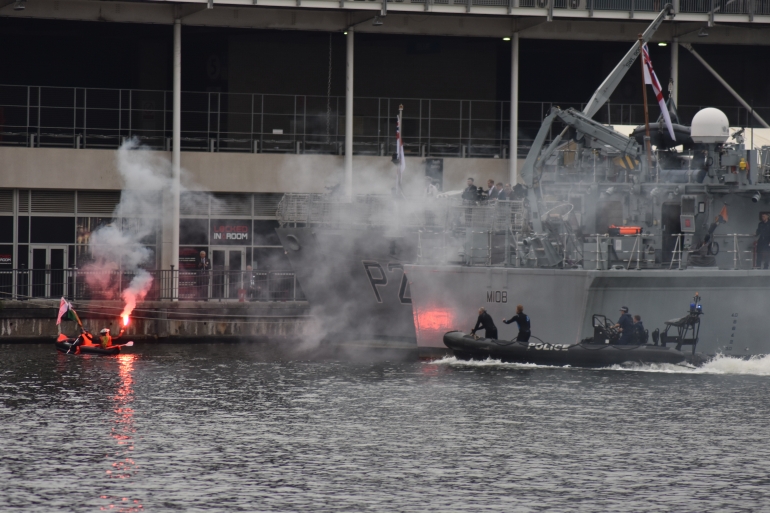 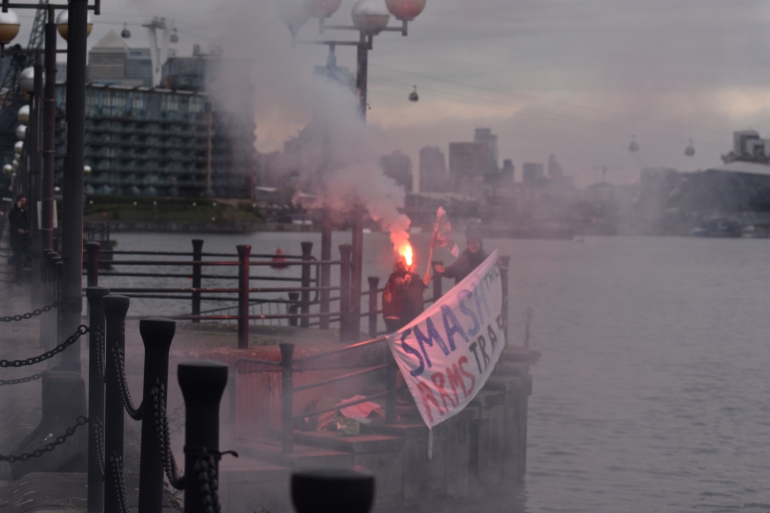 The action was taken in solidarity with Palestinian and Kurdish people who are being killed, repressed, and tortured by weapons bought and sold at DSEI. Those involved in the action are part of Manchester Palestine Action and the Kurdish Solidarity Network.

You can watch footage of the protest from video journalist Jason Parkinson here.

DSEI takes place between 10-13 September. 34,000 people, including state and military delegations from regimes such as Israel, Turkey, Bahrain, and Saudi Arabia, come to London to shop for weapons.

From 2 September, people have been taking action to delay the arms fair starting. 116 people, including me and other Canary journalists (when not working as journalists), were arrested trying to blockade the trucks bringing equipment into the arms fair.

This video from Real Media explains why we took part in the protests:

Although no arrests were made following the boat action, all those involved were stopped and searched and had to give details to the police for suspected antisocial behaviour. The officers didn’t seem to appreciate the irony of the antisocial nature of having an arms fair taking place just metres away. And protesters have complained about heavy handed policing throughout the week.

Following the action, people on the shore were also followed by security from the ExCeL centre, who attempted to goad us with stupid comments and took photographs: 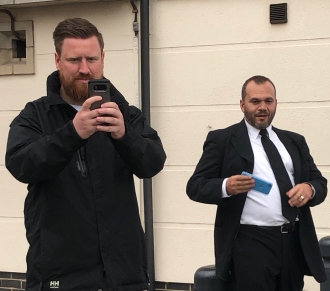 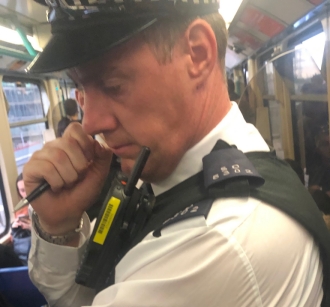 The police may be prepared to spend a fortune and waste resources protecting the arms trade. But this action showed how a small number of people and a tiny boat can have a big impact. Just imagine what we could do with more numbers.

All images via The Canary