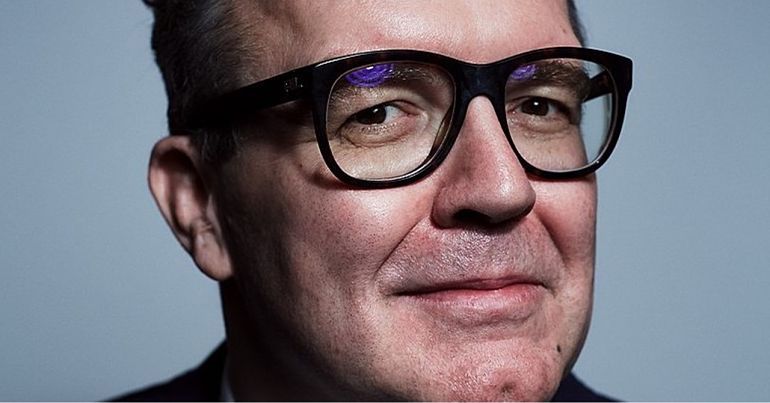 Children’s author Michael Rosen gave a spot-on analysis of Tom Watson’s latest sabotage. As Jeremy Corbyn works to create unity and direction in the current political chaos, Watson’s pumping out quite the opposite. And it’s also perfect “ammo” for the establishment media.

On 11 September, Watson’s set to insist the Labour Party should “unambiguously and unequivocally back remain”. As the Guardian reported, he’ll speak at a Creative Industries Federation conference and say:

Boris Johnson has already conceded that the Brexit crisis can only be solved by the British people. But the only way to break the Brexit deadlock once and for all is a public vote in a referendum. A general election might well fail to solve this Brexit chaos.

Yet, as Rosen pointed out, Watson’s policy “Is Not Labour Policy”. Importantly, the establishment media is lapping up Watson’s damaging contradictions:

The Tom Watson approach of making speeches on subjects such as What Is Not Labour’s Policy, or: Labour’s Policy: Not For Me, is certainly paying off this morning as every media outlet is covering Watson’s speech today.

The BBC, for example, reported that Watson’s comments:

put him at odds with the party’s leader Jeremy Corbyn, who has not committed to back either side in another vote if Labour wins power.

So, as one person on Twitter pointed out, this provided “perfect ammo” to ‘exploit’ the idea that Labour’s Brexit policy is “still unclear”:

He’s fed BBC perfect ammo this morning to let them try and spin the line ‘Labour brexit policy still unclear’ they’ve exploited it to the max.

Others, meanwhile, shared similar ideas. For the right-wing establishment agenda, Watson truly is “the gift that keeps on giving”:

Newsnight will cover it with much glee.. They have been a bit glum lately with so little to spin but oh how they try.

@tom_watson is the gift that keeps on giving for the fascists and the right-wing media.

“We are not afraid to take them on”

Corbyn, meanwhile, has faced down the current political crisis with absolute honesty. Speaking at the Trades Union Congress conference on 10 September, he said:

Today parliament stands empty, shut down by a prime minister running away from scrutiny.

And he made an important point about the Johnson administration:

In the next few weeks, the establishment will come after us with all they’ve got, because they know we are not afraid to take them on.

In the next few weeks, the establishment will come after us with all they’ve got – because they know we're not afraid to take them on. #TUC2019 pic.twitter.com/CfR3sd9NfT

We’re going after the tax avoiders… the bad employers… the dodgy landlords… the big polluters destroying our climate and natural world. We are creating a society of hope and inclusion, not of poverty and division.

So, given the clarity of Corbyn’s message, Watson’s sabotage is nothing short of disgusting. It now seems clearer than ever that one of the key establishment figures ‘coming after’ Corbyn’s Labour is also its own deputy leader.