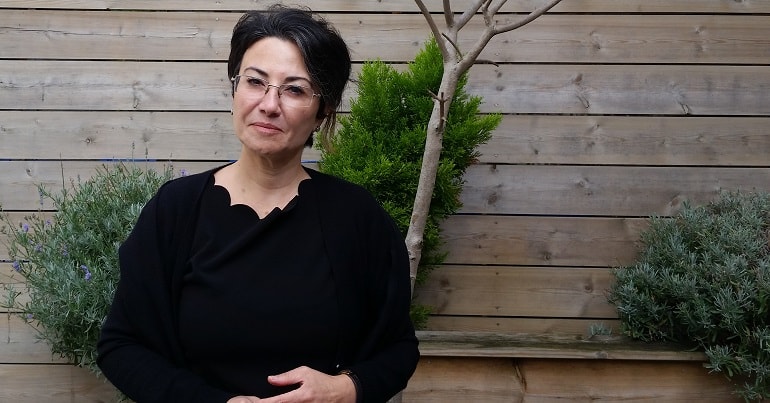 A Palestinian former member of the Israeli Knesset (parliament) has blasted the antisemitism smears against Labour Party leader Jeremy Corbyn. Haneen Zoabi said the claims against Corbyn and his supporters are a product of long-standing policies of the Israeli state. Zoabi left the Knesset in 2019 after serving 10 years with the progressive National Democratic Assembly (aka the Balad party). While in Brighton for a fringe meeting at the Labour Party conference, she spoke exclusively to The Canary about her time as a Knesset member and her views on UK politics. Zoabi was born in Nazareth in 1969, and she was the first female Palestinian Knesset member from an Arab political party in Israel.

Placing the smears against critics of Israel in context

Zoabi told The Canary that she has followed the rise of Jeremy Corbyn, and the attacks against him and his supporters, intensely and with great interest.

There were “breaks” in this image, Zoabi said, such as the “Israeli invasions of Lebanon”, “the massacres at Sabra and Shatila” refugee camps, and “the first [Palestinian] Intifada“. But on the whole, this image persisted in the West.

Secondly, the policies which Europe has historically used towards Israel were like a “carrot without the stick”. The Israeli state has been “satisfied with these policies” because they have allowed it to do as it wishes, she said. And even when European politicians “dare to criticise Israel”, they also criticise the Palestinians, “as if we are speaking of two balanced sides” and not “oppressed and oppressor, occupied and occupier, victims and victimiser”.

Thirdly, the higher a person “rises” in terms of “political power”, the more Israel “activates political oppression, and control, and censorship regarding criticising it”.

Jeremy Corbyn is an exception, which is why he is mercilessly smeared

There is now, in Europe, also a “huge gap” between “popular opinion of people in the street” regarding Israel and their “sympathy with the Palestinians” on the one hand – and the positions taken by their politicians on the other, she argued.

For the first time the most high ranked politician which is a candidate to be prime minister, in the most important country in Europe, with the biggest party behind him, representing the biggest party in Europe, dares, and has the courage, and has the intellectual integrity to break the…  hypocritical European discourse regarding Palestine and Israelis. And the first to not run away from the fear of the Zionist lobby. And this is a fear which strangles the politicians in Europe. [Corbyn] has the power to secure himself from this fear, and from being hostage to the Zionist lobby.

Zionism is the ethno-nationalist Judeo-European settler colonialist ideology upon which the state of Israel was founded. It is the reason behind the ethnic cleansing of historic Palestine by Zionist militias, and why Israel remains an apartheid state to this day. It is therefore common for Palestinians to refer to the ideology of Zionism and the Zionist lobby, rather than simply referring to Israel and the Israeli lobby.

She said “Jeremy Corbyn is an exception in European diplomacy” and “Israel is an exception by violating systemically international law, and conducting wars [and crimes] against humanity”.

So how do you imagine that these exceptions, what will be the outcome when they crash? The outcome is very, very, very hostile.

The Israeli Lobby is a danger ‘to European freedoms’

Zoabi also wanted to emphasise a point which she says she didn’t make during the fringe event with Israeli historian Illan Pappé:

The Zionist Lobby is not dangerous to the Palestinians. The Zionist lobby is a danger to… European freedom. This is my message which I didn’t deliver yesterday.

She explained why this is the case:

On 23 September, during the Labour Party conference, delegates “voted overwhelmingly to recognize the right of Palestinian refugees to return to their homeland”.

The Canary will publish its exclusive interview with Haneen Zoabi in stages over the coming days.