The Board of Deputies, messing with the left and levering to the right since 2015 - The Canary 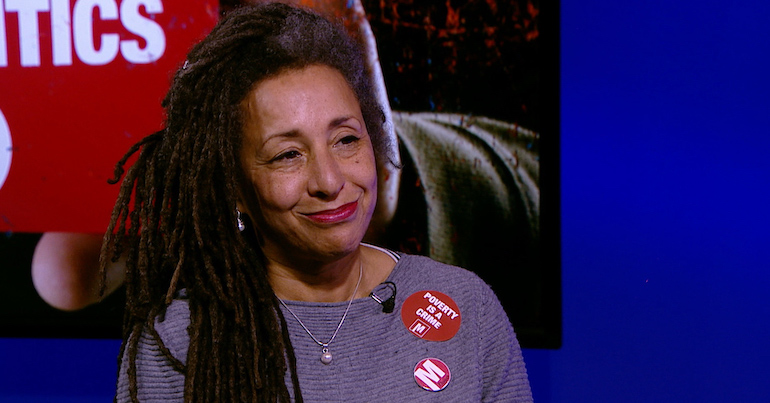 “British Jews are plagued by a troubling question this election. Is the Labour leader Jewish enough? Does he have loyalty to the tribe?” Haaretz on Ed Miliband, 2015

Last week, as the Labour Party began the process to select the leader in earnest, the Board of Deputies, who claim to represent British Jews, published its demands to the Labour leadership candidates as “Ten Pledges to End the Antisemitism Crisis”.  The response from the establishment media and candidates was everything the Board could have hoped for.

For anyone who hasn’t followed the slow car crash that has become the relationship between the Jewish establishment and the left and hoped the Board would be satisfied once the so-called ‘existential threat of Corbyn’ was defeated at the ballot box, it must have been a shock.

But for too many of us, this wasn’t a shock at all.

“An impediment to peace and justice”

The Board of Deputies’ antipathy towards Labour first found traction in 2015 when the previous (Jewish) leader of the Labour Party, Ed Miliband, criticised Israel for “the horrifying deaths of hundreds of Palestinians, including children and innocent civilians in Gaza”.

While the gap between the left and the Board of Deputies cannot be simplified to ‘it’s all about Israel’, the visceral connection some Jews feel to Israel, ‘right or wrong’, remains contentious for many socialists, including those of Jewish heritage, who see such raw nationalism as a challenge to internationalism, an impediment to peace and justice.

This fundamental ideological divide, alongside the Board’s distasteful and enthusiastic welcome of Trump – notwithstanding the President’s well-known misogyny, his links to white separatism and anti-Semites – only proves to many that for the Board of Deputies pro-Israel thinking trumps all other concerns. Some consider this a side issue but it’s some indication of what lies behind the decision-making of the Board.

“Where can we look to understand what is going on?”

First, let’s give the Board credit. Considering how few (or many) Jews the Deputies represent (not the Orthodox Charedi, some 20% of Jews, whose dress code makes them most vulnerable to racist attack, nor the 50% of secular, non-religious Jews), and assisted by an accommodating and unquestioning media, the Deputies have done a great job making their voice heard and felt in the Labour Party. Every utterance on Labour by them is reported, commented on, and used to challenge the Party. While Labour members are often castigated (and worse) for criticising this state of affairs, any suggestion that the Board act as a de facto Tory Party pressure group is silenced.

Where can we look to understand what is going on?

Why not start with the Board of Deputies’ own web site. Go to it and open the drop-down tab titled ‘who we are: structure’. It is breath-taking in its transparency. Not yet updated, we get an immediate visual cue as we are greeted by the figure of the last leader of the Tories, Theresa May, accompanied by Eric Pickles, faces like cantors, as they hold Je suis Juif placards. But there is more behind this image.

“Unlawful” discrimination “against a racial group”

In 2015, the same year Pickles was appointed Special Envoy for Post-Holocaust issues, the (then) communities secretary was found to have “discriminated unlawfully against a racial group” – Gypsies, Roma and Travellers (GRT) – by the High Court.

One might hope, given Gypsies’ unique association with Jews as the only two groups selected for total extermination by Hitler’s regime, that any suggestion that people from GRT communities should be singled out for discrimination would cause Pickles, and the Board, discomfort at the least.

I hoped so but could find no comment from the Board on this unfortunate episode. However, while researching I tripped over a more recent story.

In 2019, ex-Labour MP John Mann was appointed ‘antisemitism tsar’ by May after having been interviewed by police for a race hate incident against GRT communities in 2017. Welcoming Mann’s appointment in the Jewish News the Board of Deputies called Mann a “towering figure in the fight against antisemitism.”

Now fast forward to the banning of cartoons by Steve Bell, for example, the one showing Tom Watson as Labour’s Witchfinder General and the condemnation of Carlos Latuff’s caricature of the Israel lobby. It’s clear – holding Je suis Juif placards tells a politically partial story of the Board and its supporters’ ethical stance on freedom of speech.

“Politicians happy to promise whatever necessary”

I could go on to critique the recent ten demands of the Board of Deputies or their insistence that the somewhat discredited and underwhelming training of the Jewish Labour Movement should replace the generally respected work of the Pears Institute (Birkbeck College) who currently provide training for the Party. I could deride an organisation which stoops to naming individuals (myself and Ken Livingstone) as part of a campaign against individuals but others have already done this in detail. However, in truth, the Board is simply serving its well-known public mission. Job done!

My criticism is not even (mainly) for the pro-Israel figures on the right of Labour.

After all, defending US interests and supporting Israel as the West’s outpost in the Middle East is part of their political agenda. If I was a cynic, given the more than questionable legality of sharing members’ confidential data, and the difficulty in getting such rule changes past the membership, I might conclude the speedy acceptance of the Board’s Ten Commandments by Labour leadership candidates, who include three solicitors, is symptomatic of politicians happy to promise whatever necessary in the moment as long as they can delay the consequences till later. But such abject capitulation is also a measure of the effectiveness of the antisemitism witch-hunt. Given the (previous) craven NEC adoption of the barely workable and muzzling, NOT internationally approved, IHRA definition of antisemitism, however, we should be worried.

“Nobody wants to say it out loud”

Some have defended this most recent collapse of Left leadership to the Board on the basis that once other candidates agreed there was nothing to be done. However, Saturday’s hustings for deputy leader reveals the weakness in this argument. Dawn Butler still wasn’t for signing and Burgon made his position clear – he would not put his signature to the demands, he wants dialogue with Jews of all political persuasions and colours (including international socialists) and he would not relinquish the discipline of party members to an outside body.

Nobody wants to say it out loud, but we know all this masks a much more serious possibility – that this constant interference by the Board of Deputies risks increasing, not defeating, antisemitism. As far as I can see, the wider debate on race relations and the efficacy of anti-racism has already been seriously damaged.

How else can we explain the awful spectacle of (perhaps) one reporter, Chakrabarti and Marc Wadsworth (since expelled for his intervention at the meeting) being the only black faces at the launch of Labour’s report into Antisemitism and other forms of Racism? How else can we explain what I and many other Black members see as the obscenity of that title?

“Silenced on their own history”

Black members, individuals and organisations have effectively been silenced on their own history and on issues of identity and race. The Board’s most recent response to prospective deputy leader candidate Dawn Butler’s mild resistance to their 10 demands highlights this: “No other minority would be treated this way”. It shows a lack of understanding, an ignorance of the history and every day positioning for People of Colour and other excluded minorities which is breath-taking.

Astonishingly Labour does not keep such records, but I would suggest Jews and Blacks are being disproportionately disciplined for antisemitism as the party becomes ever more enmeshed and paralysed by this debate.

Can this be relieved by adopting the Board’s recommendations? Would this finally achieve the Holy Grail, much-promised and never yet achieved, of the red line drawn beneath this shameful episode of Labour history?

Looking at recent evidence it seems clear – it won’t, and if Labour carries on in this way, it never will.