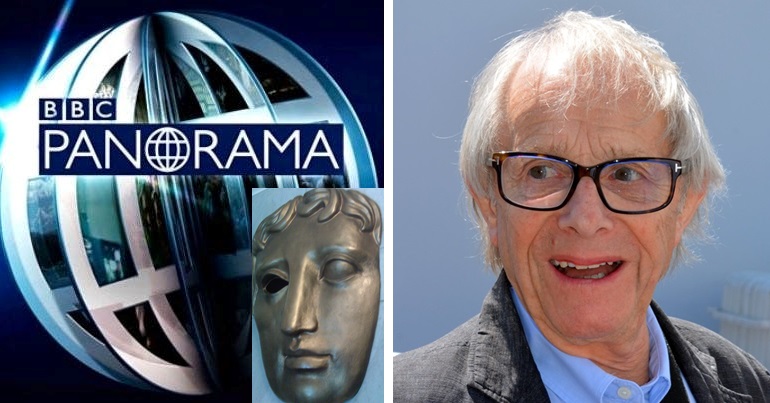 The British Academy of Film and Television Arts (BAFTA) has made a shocking nomination. Speaking to The Canary, filmmaker Ken Loach called it a ‘disgrace’. And Jewish academic Justin Schlosberg stressed that, by essentially rewarding “a collapse in journalistic standards at the BBC”, BAFTA has ‘demeaned’ itself. 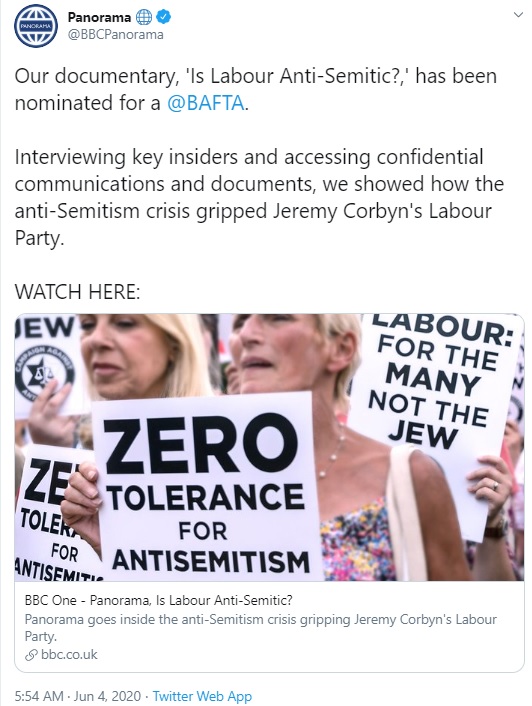 In reality, many critics saw the Panorama episode as a ‘hatchet job‘ against Corbyn’s Labour. Of particular concern was the prior “record of public political hosility” towards Corbyn of the man behind it.

This was the third Panorama edition since 2015 that was focused on, and wholly critical of Jeremy Corbyn’s leadership of the party. It contained gross breaches of the BBC’s legal commitment to due impartiality and due accuracy rules

Some considered the Panorama episode during the 2015 Labour leadership contest to be an “unrestrained character assassination” of Corbyn.

Speaking about the BAFTA nomination, Loach told The Canary:

This nomination disgraces BAFTA, just as the programme disgraced the BBC. The film was widely recognised as a crude polemic, without balance or objectivity, intended to undermine Jeremy Corbyn’s leadership.

Damning allegations went unchallenged, political allegiances of witnesses were not revealed, and the many Jewish Labour members and academics who had opposing views were excluded.

Now the leading witnesses, senior party officials, are revealed as plotting to wreck Labour’s election chances and remove Corbyn as leader. They used the language and tactics of the gutter. They were responsible for the very delays in dealing with disciplinary hearings, including cases of alleged antisemitism, for which they blamed Corbyn and his staff.

Did Panorama investigate any of this? Of course not. It didn’t fit the desired narrative.

Panorama claims to be the home of investigative journalism. The flagship of the Corporation. This programme failed on every count. BAFTA’s choice is a blatant attempt to rehabilitate a discredited piece of propaganda. It should fool no-one.

Schlosberg: “It marked nothing short of a collapse in journalistic standards at the BBC”

This nomination is an insult to Jewish members of the Labour Party and the many Jews outside of it who simply never accepted what we now know was a manufactured myth: that Jeremy Corbyn or Jennie Formby had tried to delay, obstruct or otherwise rig antisemitism investigations in favour of those facing allegations. This was Panorama’s central thesis, in spite of reams of evidence to the contrary that was available to the programme-makers at the time.

Not only was the thesis wrong, it was an inversion of the truth. Leaked emails that surfaced prior to the programme’s airing showed repeated appeals from the leadership office to then senior party officials (and the programme’s star witnesses) urging them to expedite investigations and escalate sanctions. That Panorama got the story so badly wrong is one thing, but the refusal of both the BBC and OFCOM to give anything like proper consideration to reams of complaints beggars belief.

The programme helped to cement a dominant and demonstrably false narrative that was a major feature of the 2019 general election. It marked nothing short of a collapse in journalistic standards at the BBC and the nomination demeans the BAFTA awards.

The Labour Leaks scandal, which Loach referred to in his comments, has also blown Panorama‘s narrative out of the water. As Schlosberg tweeted recently:

A year before the leaked Labour report, and 2 months before the BBC aired John Ware's controversial Panorama programme on the issue, leaked emails were already in the public domain showing the leadership's repeated attempts to speed up investigations and expedite sanctions…

The BBC‘s coverage of the Labour Leaks scandal, however, has been woeful. Because there’s not been a fraction of focus on it as there was on the allegations it has discredited. Barely any of the journalists on the BBC‘s own ‘BBC News Official‘ list on Twitter have tweeted about the affair.

The BBC‘s visibly indifferent approach to the Labour Leaks scandal is particularly stark when you look at what current and former employees are now up to. Because John Ware (responsible for the 2019 Panorama episode) and former BBC editor Robbie Gibb recently joined together with others to rescue a publication at the heart of anti-Corbyn propaganda efforts.

If the BBC wants to show impartiality or balance, it must put a similar Panorama episode out on the Labour Leaks scandal. But given its clearly apparent pride in its 2019 hit job, and the fact that its new director general is a former Tory candidate, we shouldn’t hold our breath.