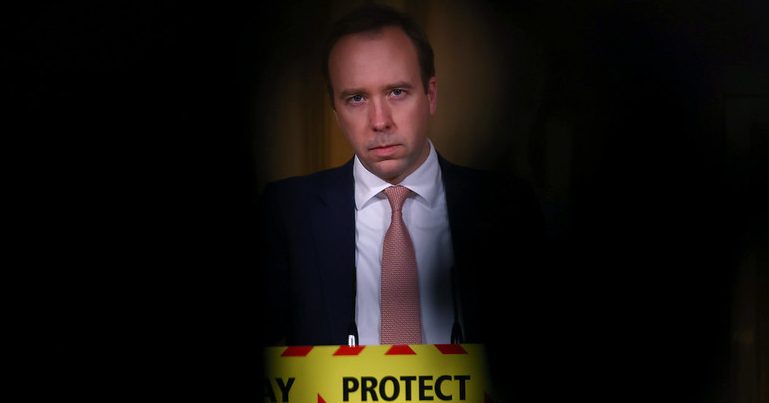 Documents seen by The Canary prove that the cabinet office refused to have up to 450 devices searched as part of a legal action case brought against them by the Good Law Project and EveryDoctor. A High Court judge has now ruled the government should carry out additional searches for texts and WhatsApp messages for ‘selected individuals’. It was also ruled that it should investigate how MPs made decisions about VIP lanes despite the Cabinet Office claiming that this evidence doesn’t exist.

This investigation further found that Pestfix, a pest control company that supplied PPE  didn’t meet the required standards. In documents seen by The Canary, the company, which was awarded 6 contracts, supplied FFP3 face masks despite its bid to supply that item being rejected by the Department of Health and Social Care (DHSC). Pestfix’s bid to supply the masks was one of three that were rejected by the department, as the items were described as ‘not acceptable’.

There are up to 450 devices linked to the scandal. The government is refusing to search them.

As part of a legal action case brought to the DHSC by the Good Law Project, the law firm asked for 450 devices linked to the scandal to be searched. Now, documents submitted to the High Court show that the Cabinet Office refused to search the devices on the grounds that it would take too long and cost too much: 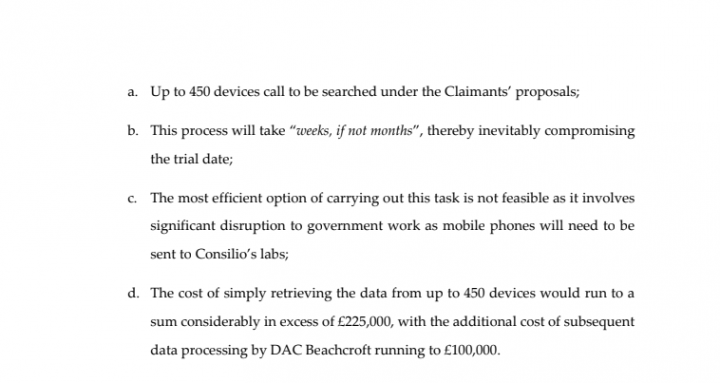 The document, written by the Cabinet Office, clearly shows that the government is unprepared to send the devices to Consilio’s (intelligence research) labs for investigation.

The High Court said the Government should carry out additional searches for:

texts and WhatsApp messages for some selected civil servants; and

instructions, directions and decisions by Ministers in respect of the establishment, selection and criteria of the VIP lane(s).

While this is progress for the Good Law Projects’ aim of holding lobbying to account, it’s not the first time the Cabinet Office has dismissed requests for evidence because it was inconvenient.

Since publishing the private emails that prove VIP lanes existed for multimillion PPE contracts, The Canary has confirmed that lobbying within Whitehall extended far beyond health secretary Matt Hancock’s secret WhatsApp group and the 200 company chief execs that were part of the VIP group chat.

As part of the legal case the government was asked to provide communications including WhatsApp messages. In response the Cabinet Office stated:

There is no reason to believe, by gaps in evidence or sufficient relevant information (or indeed any) in WhastApp or text messaging to justify the additional time and expense of carrying out an extensive disclosure exercise.

However, during a hearing in April 2020, it was reported that Hancock was urged to hand over WhatsApp messages after a WhatsApp group was used to talk ‘informally’ to chief executives of 200 companies. The WhatsApp group is thought to have been active while VIP lanes were being set up.

Since the hearing the Cabinet Office has also suggested that documents linking MPs to the VIP lanes probably don’t exist:

There remain a further 41 firms yet to be revealed.

So far the Good Law Project has focused on a handful of firms that were awarded contracts by the DHSC without public tender. In addition to more companies being announced, we found that there are over 1.4m documents linked to the PPE scandal which took place throughout 2020.

One email included in those documents proves that some PPE requests came directly from MPs’ offices. The email goes against the Cabinet Office’s suggestion that evidence linking MP lobbying probably doesn’t exist.

This email was sent to civil servants by a project manager in the Cabinet Office: 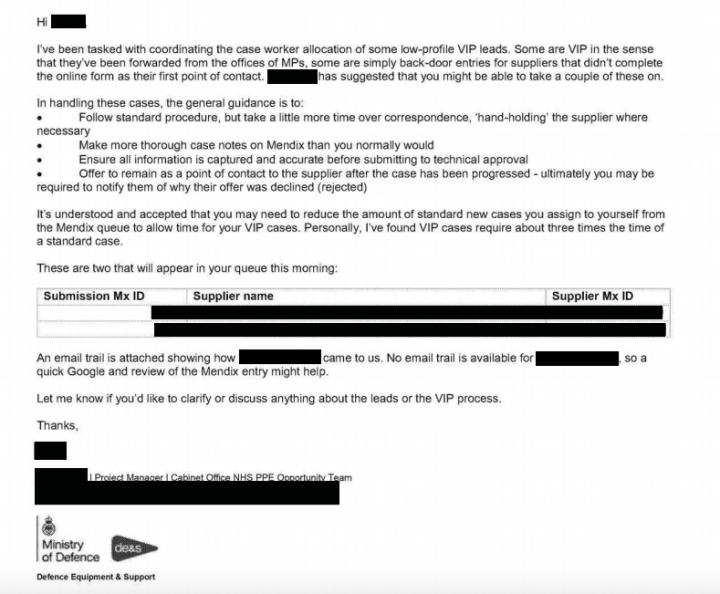 The email states that some PPE requests came from MPs’ offices and urged employees to ‘hold the hands’ of suppliers who didn’t complete online paperwork, before being added to the VIP list. Documents seen by The Canary confirm that Pestfix was one of the companies pushed into the VIP lane by a consultant from Deloitte.

Pestfix was awarded approximately £350m in PPE contracts for PPE that failed to meet industry standards. The Cabinet Office once described it as a ‘previously dormant company specialising in pest control products’.

Despite Pestfix failing to meet technical standards on several occasions, it was awarded 6 PPE contracts: 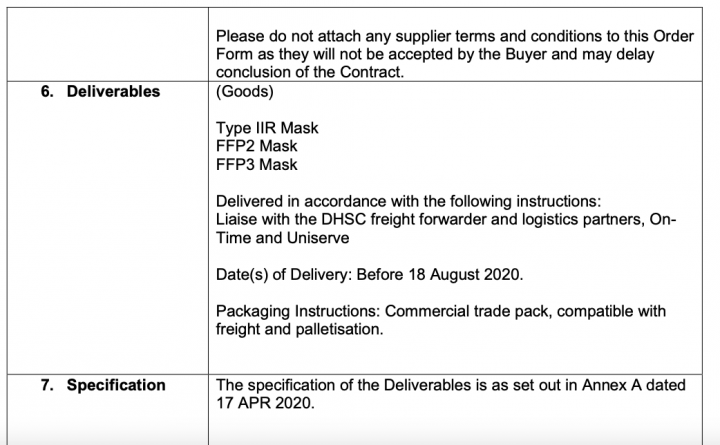 Despite Pestfix being flagged in the system as a ‘DoNotProceed’ the supplier did provide FFP3 masks in August 2020.

Maugham said the PPE was ‘unfit for purpose’:

Of the nine contracts the subject of the judicial review – one with Ayanda, two with Clandeboye and six with Pestfix – five or possibly six of them have failed in the sense that some or all of the PPE provided under them has proved unfit for its intended purpose.

We previously reported that Pestfix bid was rushed through the VIP lane after a consultant ‘reminded’ a DHSC official that he was a family friend. In an email to NHS England, the sender flags that the contact is a friend of his father-in-law’s:

The Cabinet Office, however, justified Pestfix’s VIP status by claiming that there were no conflict of interests declared:

Pestfix is a public limited company which specialises in pest control products, that was dormant in 2018. It (Pestfix) was allocated to the VIP channel and was an existing supplier of PPE to the DHSC. No conflicts were declared on its conflict of interest form…

The original contract commenced from the 27 April 2020 to 1 September 2020, which was mainly gowns, at a total value of £139.9m. However, as other PPE were later added, the total contract value increased to £178m, part of which was paid upfront. This payment was initially put on hold by Pestfix’s bank, HSBC and subsequently released.

Despite the Cabinet Office’s defence, it doesn’t justify Pestfix supplying products for contracts it was rejected for by the DHSC.

Since releasing the statement, documents written by the Cabinet Office confirm that the DHSC is in a legal dispute with Pestfix over the terms of its contracts. They’ve also stated that because of that legal dispute, they can’t give the Good Law Project information or evidence relating to the case.

The Cabinet Office has confirmed that the legal ‘dispute’ is over the terms of Pestfix contracts. The company supplied PPE which was ‘not fit for purpose’ to the DHSC throughout 2020, while stockpiles were low throughout the UK.

Stockpiles of PPE were so low in the UK that NHS porters were left traumatised after moving deceased patients without body bags.

The Health Service Journal (HSJ) reported that Public Health England (PHE) refused to confirm how many body bags were left in the UK after it announced stocks were running low. It was later confirmed that body bags had not been included in pandemic stockpiles and PHE guidance at the time stated that body bags weren’t essential for transporting deceased coronavirus (Covid-19) patients.

While Pestfix did supply FFP3 facemasks which the DHSC rejected it for, no one has been able to confirm whether the company also supplied body bags. The DHSC also rejected its contract to supply body bags because they were “Not Acceptable”: 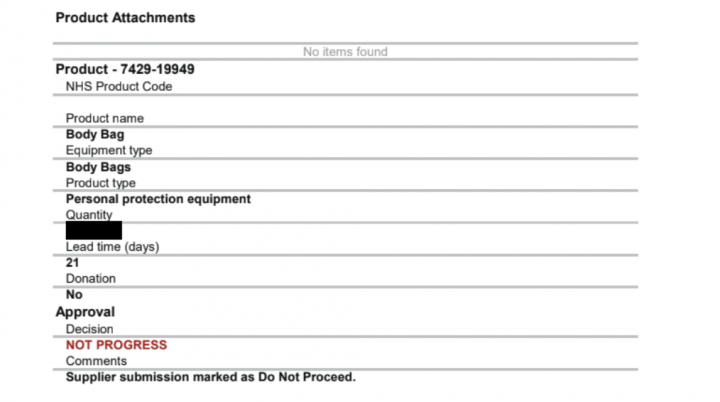 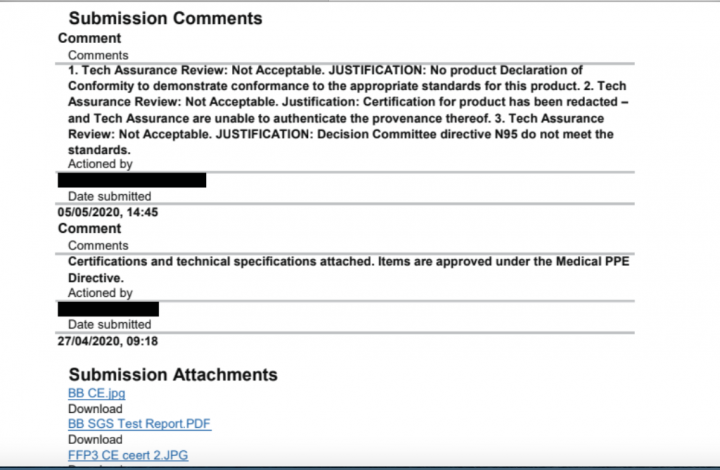 The Canary can confirm that in November 2020 the DHSC paid SanaClis, a contract research organisation based in Slovakia, £6m to begin supplying the UK with body bags, seven months after it was reported that NHS staff were traumatised after moving deceased patients in sheets. The DHSC has been unable to confirm who was supplying body bags to the department up to November 2020.

With instructions from the High Court to look into WhatsApp conversations and 41 more firms to be announced, this is just the start of uncovering the extent of cronyism in Whitehall during the coronavirus pandemic.