It's Autism Awareness Week. Here's why we need to call it a feminist issue. - The Canary 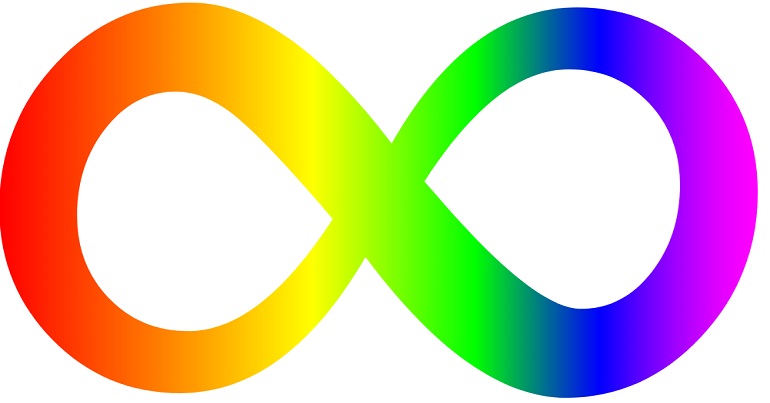 As Autism Awareness Week draws to a close, a mother, campaigner, and woman who is autistic is calling for the condition to be treated as a feminist issue. The reasons for her thinking are fundamental to how society operates.

Autism Awareness Week has been running since Monday 26 March. The NHS says:

Autism spectrum disorder (ASD) is the name for a range of similar conditions, including Asperger syndrome, that affect a person’s social interaction, communication, interests and behaviour.

ASD is completely individual to each person – hence the ‘spectrum’.

In recent years, there has been significant talk [pdf] about the mis and under-diagnosis of ASD in women. So, The Canary caught up with one woman who knows all about this to discuss ASD, medical misogyny, and her hopes for the future for autistic and disabled people.

Nicky Clark is a mother, writer, comedian and campaigner; she is also autistic. As she told Kaye Adams on BBC Radio Scotland on Tuesday 26 March, her diagnosis didn’t come until she was 49:

I went to my GP and I asked for a referral… we talked through the reasons why I felt I needed to have a referral. And I persisted, I think possibly because I’m a disability rights campaigner, anyway… I applied that to myself…

Clark told The Canary that her own autism diagnosis was “straightforward”, due to, in part, the fact she had two children already diagnosed. But it was actually a counsellor who suggested she may wish to seek support. Because, as Clark put it, the fact that she was in counselling for 12 years to “help” her “manage the pressures of caring” for her mum and children should have been a “clue”.

But there’s also another side to Clark’s diagnosis which she is very open about. It’s one that points towards her underlying argument that the existence of medical misogyny in relation to ASD makes it a very feminist issue:

I think also because I was a parent carer for the girls and my mum which took so much energy and focus, I didn’t really have time to reflect on seeking a formal diagnosis. It was a nagging concern but I’d managed and coped for so long and until my caring duties reduced I didn’t really have any time for myself.

It is, as Clark puts it, her ability to “manage” and “cope” as a mother meant she ignored herself, which is one of the underlying arguments as to why females are often mis or under-diagnosed with ASD.

The National Autistic Society says that numerous studies have shown the diagnosis rates for ASD in males is far higher than in women; rates vary from 5.5 males to every one female, to 3.3:1. It believes that because of the under-diagnosis of ASD in women, these rates are skewed and “therefore the male to female ratio of those who are on the autism spectrum may be closer” than reported. One study in particular, Gould and Ashton-Smith (2011), highlights this fact. Its co-lead Judith Gould said in 2017 that:

There is now an increasing awareness that we are missing women and girls on the autism spectrum and the assumption has been that there are more males with autism or Asperger syndrome.

Gould said the “questions that need to be asked” about under-diagnosis in females are:

Also, as The Conversation noted, there has been a “male-bias in previous studies”; that is, basic research into ASD was conducted largely on groups of men. It said that “could explain the extreme sex ratio that is found”.

Clark seems to agree with these broad assertions. But she goes further, saying the medical profession and the diagnostics surrounding ASD present, at times, a clear “gender bias”. She told The Canary:

The system and process for diagnosis does have a gender bias throughout. The diagnostic tests are created from studies. The study subjects were traditionally diagnosed autistic men and boys and the diagnosis comes from a referral from a GP, who bases his referral on the diagnostic criteria. Fortunately GPs are now learning that there are gendered presentations and diagnosticians are realising that the testing isn’t going to work in recognising the difference of female presentation.

Autistic women and girls present entirely differently. For women anxiety & depression, eating disorders and self-harm often arise from undiagnosed autism. But societal conditioning of women and girls, an ability to mask and repress and an ability to be empathetic work entirely against the diagnostic criteria that too many clinicians still work within.

The “gender bias”, or medical misogyny Clark talks about appears to run through the medical profession in many clinical areas and illnesses. For example, a study from 2017 into the “incidence of myalgic encephalomyelitis/chronic fatigue syndrome” (ME/CFS) in US nurses found extremes of diagnosis. It noted that:

Only 15 (15%) of the women who met criteria for ME/CFS reported having been diagnosed. Over-diagnosis also was common: four times as many subjects had been diagnosed with ME/CFS by community doctors as actually met criteria.

This led the study’s authors to conclude that:

Over-diagnosis and under-diagnosis were high, even in this medically sophisticated population.

But it’s not just in females living with ME/CFS where this is a problem. Women with brain tumours are, according to the Brain Tumour Charity, routinely dismissed as “attention-seekers”. Or take heart disease. As The Atlantic reported, research into it predominantly used “middle-aged men”:

For example, the 1982 Multiple Risk Factor Intervention Trial, one of the first to establish a link between cholesterol and heart disease, involved 12,866 men and no women; the 1995 Physicians’ Health Study, which found aspirin to reduce the risk of heart attack, involved 22,071 men and, again, no women.

Also, until 1993 women with “childbearing potential” were invariably excluded from drug trials.

Medical misogyny, where female patients are routinely disbelieved, ignored and treated appallingly because they are female, can be seen across the medical world. It also creeps into mental health diagnoses like borderline personality disorder (BPD) and conversion disorder – conditions which many believe are treated as the modern-day version of the highly misogynistic ‘hysteria‘. Clark said:

I think medical misogyny is very common in and out of the autistic spectrum. We only need to know how parents especially mothers are still treated in respect of their knowledge and expertise of their disabled children to know that is a conscious and subconscious reflex from clinicians too often. I think that the great clinicians learn from parent carers and female patients who are often well researched when they arrive for the diagnostic process. The difficulty still remains in both underfunded mental health services and under-educated gate keepers to that diagnostic process. We’re starting to see progress, though. My GP was very understanding.

It’s this institutionalised misogyny and professional dismissal and erasure of women that Clark, in part, campaigns so hard about. But she also does the same for disability rights more broadly. As a country, some people believe the UK is regressing in terms of disability rights. It’s a sentiment backed up by international bodies.

13 million disabled people are still far too low down the political agenda except when it comes to cuts to services and social security or when there’s an election looming and a photo opportunity then disabled people are at the top of the ‘caring’ agenda. I once saw a politician literally fall over a wheelchair in his haste to be caring when they saw a camera. I’m not slating all politicians… But I think so many of them are so removed from reality. I’m sure they believe that upholding disability rights and reasonable adjustments are someone else’s problem.

The decade of the predator

I asked Clark what kind of world, regarding ASDs but also disability, she’d like her children to inherit. This was her answer:

After I read this question, I took a break, had a cry made a cup of tea and came back to it. When your children are diagnosed with a disability you worry for them. But when your child is diagnosed with a learning disability you live in fear for them. And when your children are at the forefront of the cuts you despair for them and for human kind as a whole… An appreciation of our collective but diverse humanity isn’t weakness, it’s crucial. There are two approaches to learning disability: maternal/paternal or predatory. I think we’re living through the decade of the predator and my hope is that we’ll find a watershed soon.

I don’t know how, but I hope that more and more people will realise that an individualistic approach to life hasn’t served our country very well for a few years now. We seem to be driven to serve at the altar of cruelty and hardhearted corporate approaches from government like a never-ending episode of ‘The Apprentice’. We hear talk of ‘bed blockers’ and ‘deserving and undeserving poor’ with such detachment from the reality of the lives described that food banks now thrive and Save the Children launched a campaign here, in the fifth largest economy in the world.

I’m not sure who will stage the intervention needed but I hope it happens soon. I just hope in the meantime there are enough good people to go around.

Clark’s line of thinking may be controversial to many. But it is grounded in personal experience and that fact cannot be denied. Until there is a paradigm shift in the medical profession’s attitude and core thinking regarding women and autism, and health more broadly, then people like Clark will continuously have to fight for theirs, and their children’s, most basic of rights.

– Read more from Clark on autism and feminism in i News.