Homelessness, addiction and prison: the compelling life story behind an artist's new exhibition - The Canary 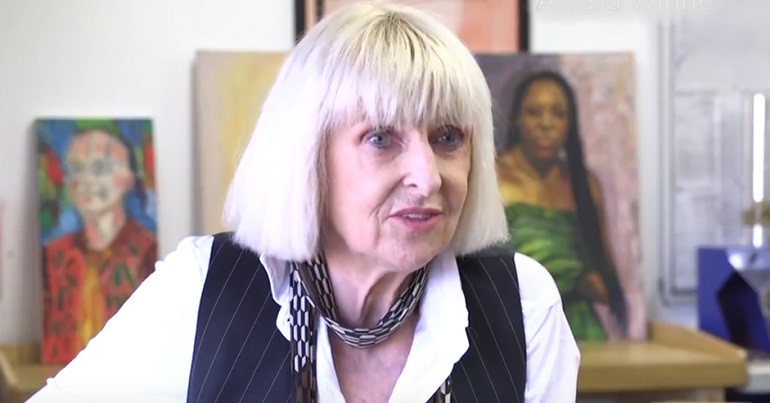 An artist’s exhibition in London opens on Wednesday 18 April. But the personal journey that brought the artist to this point is as compelling and inspiring as the work itself.

Geraldine Crimmins is currently artist in residence at the Old Diorama Arts Centre in central London. Her exhibition Painted Ladies, a collection of life drawings, runs from 18 April to 13 May, with her residency being until the end of July. While her work is remarkable, her life story is equally as exceptional. So, The Canary caught up with Crimmins to discuss art, life and society and her journey to a professional residency. It’s a life marked by homelessness, addiction, disability and prison.

Crimmins says she loved art from a young age, and was “considered good” in school. But she convinced herself that she had no imagination, so after leaving school she pursued a psychology-related career, and ended up becoming a counsellor and psychotherapist. She was successful, running both a halfway house and private practice specialising in addiction and eating disorders.

But her own addiction to drugs plagued Crimmins’ life. She told The Canary she first became an addict when she was around 25 to 27-years-old. It was after a spell in rehab that she trained to be a counsellor. But eventually she lost everything and found herself rough sleeping in London. She told The Canary:

At my worst I spent a year sleeping rough on the streets around Victoria Station begging, selling drugs and committing crime to fund my addiction. I found myself in prison at the age of 50. I received four years for drug offences. At that stage I had been using drugs for 10 years and I was crippled with leg ulcers and I had Hepatitis C. After my detox my head was clear and I had an epiphany after reading a book on spirituality and made the decision to stay clean. Which I’m glad to say ten years on I still am. 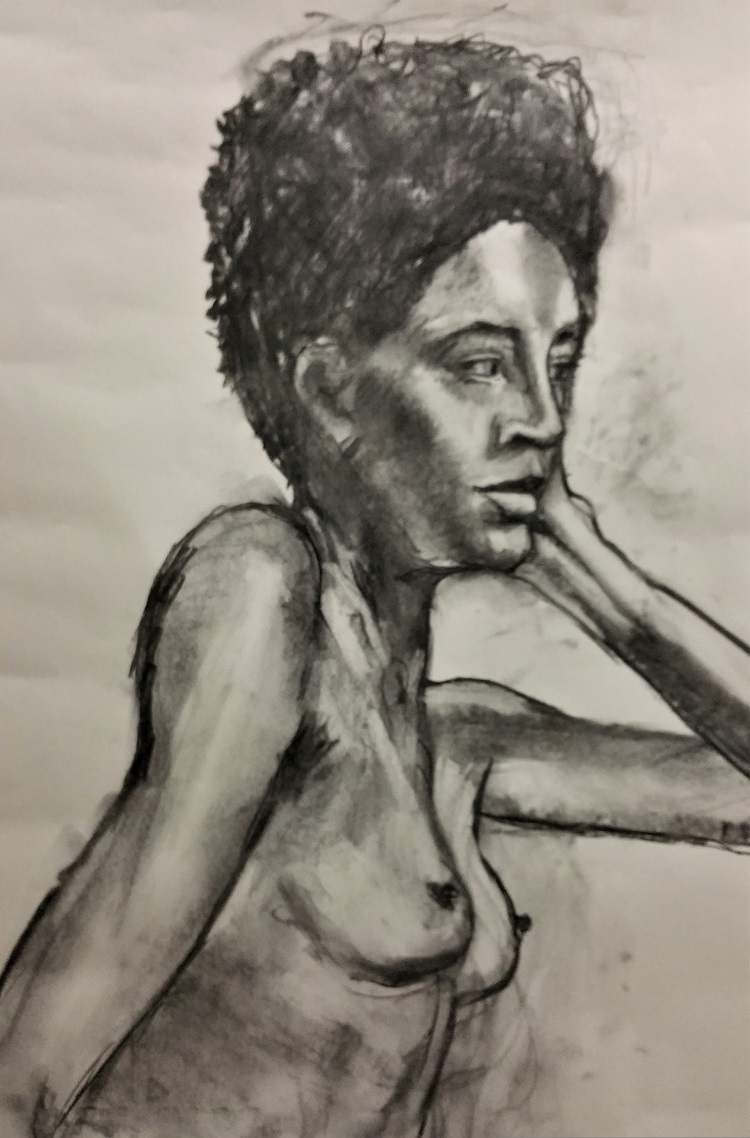 It was prison that Crimmins says “rekindled” her love of art. During her time inside she took art classes, submitting a painting to the prison’s art exhibition. To her surprise, six people wanted to buy the painting; this led to another two sales, three commissions and a realisation for Crimmins that she was, indeed, as talented as her teachers thought she was all those years ago at school. But the prison experience wasn’t without its challenges:

I’d love to say I spent three years painting in my cell but it was a bit ad hoc due to suffering from depression. Also, I would refuse to go to art classes if we had violent prisoners in as the atmosphere was volatile and I couldn’t paint as I would feel stressed and frightened. On the other hand I had enormous support from certain officers, my drug counsellor and my art teacher. I got a level two certificate in art and design and a £50 grant for materials from the prison education trust. 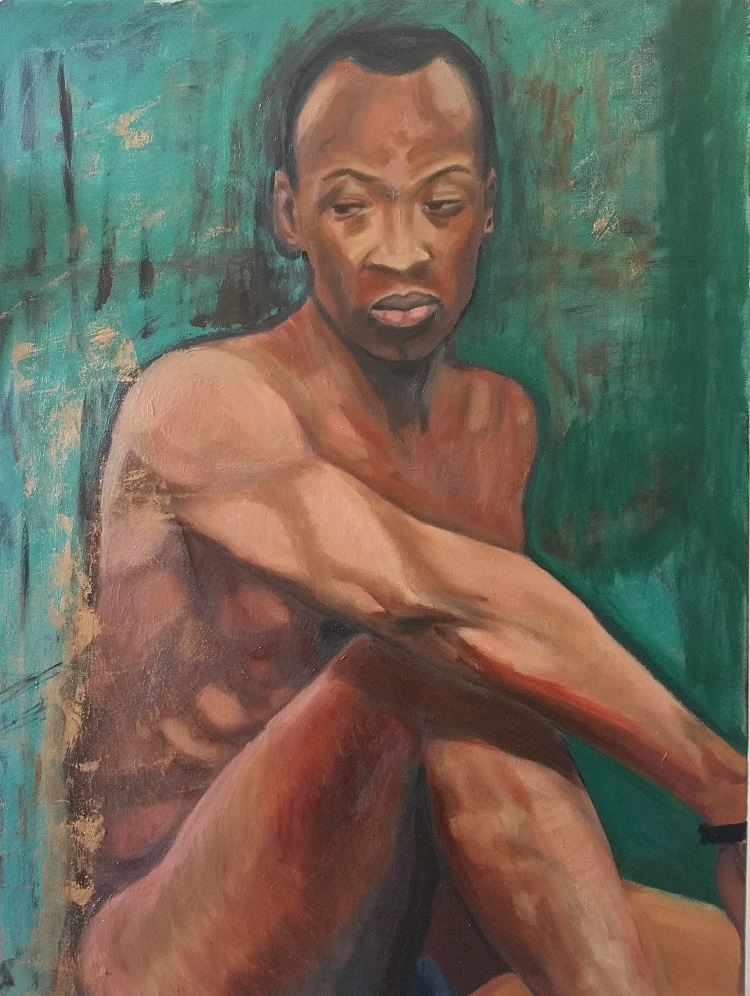 Crimmins was released from prison seven years ago. It was at this point she decided to begin to take her art seriously. Enrolling on a course at the Westminster Adult Education Centre, she also had successful treatment for Hepatitis C. These changes in her life brought her to a point where she felt she wanted to work with homeless people. So, she volunteered for Crisis, which in turn let her enrol in its art project in Bermondsey. She then got involved with Café Art, another homeless project for which she now volunteers. She told The Canary:

Working on my art especially my BTEC level 2 and volunteer work has helped me with discipline and getting my confidence back. Following on from BTEC I got a winning entry in the My London calendar and got five winning entries in the Qbic Hotel Shoreditch photography competition, run by Café Art. I’ve had so much support it’s unbelievable. My exhibition at the Shine Enterprise Centre was well received and I made some sales. The ‘Big Issue’ has also been a great support. Its ‘Street Art’ section have published at least five of my paintings.

Channel 4 News also spotted Crimmins, and interviewed her about her life and her work:

But Crimmins’ life isn’t without its challenges. She lives with chronic obstructive pulmonary disease (COPD), a progressive lung disease. Her experiences of addiction and homelessness have also taken their toll, leaving her with post-traumatic stress disorder (PTSD). Both these illnesses leave her fatigued and living with anxiety. But after being inspired by two other formerly homeless artists, David Tovey and James Grey, she said she saw a way to get off benefits, and “took the plunge” to become a professional artist.

Now, with her residency at the Old Diorama, it seems Crimmins new found career is going from strength-to-strength. 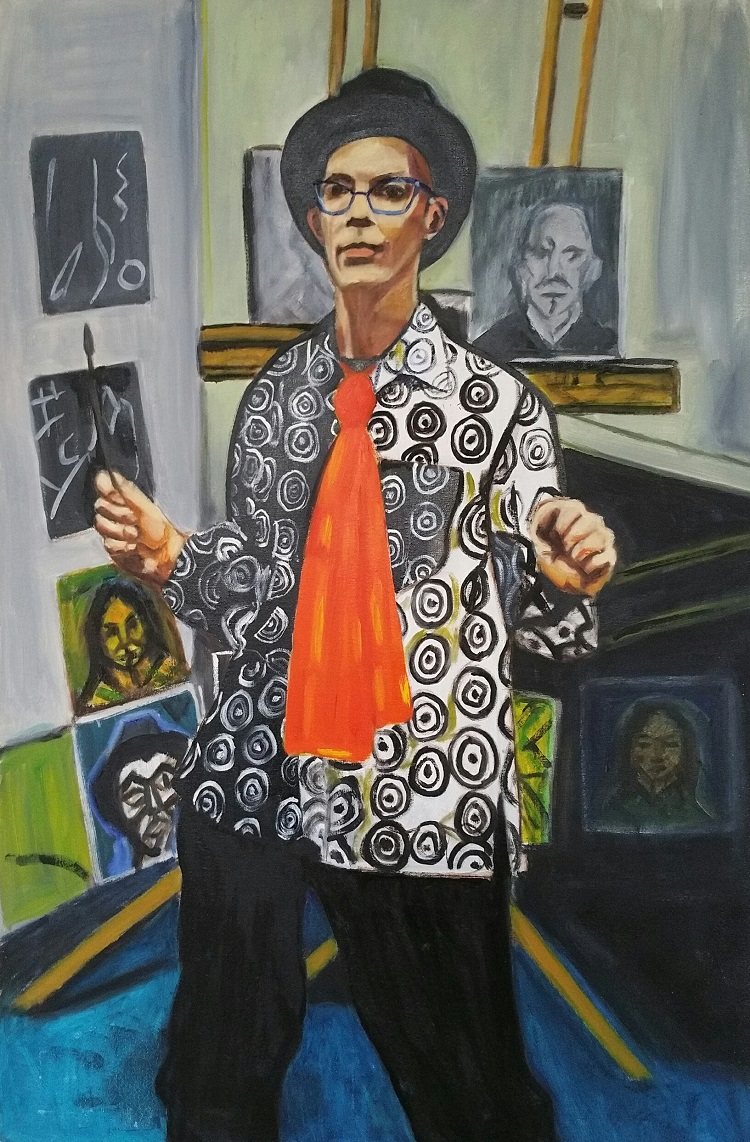 An artist whose time has come

I asked Crimmins if she thought art saved her. She disagreed, but said:

I don’t think art saved my life. It has given me a quality of life and tremendous joy. I don’t paint for therapy (I know people who do). But it becomes a need and something to get out of bed for in the morning. Portrait painting and life drawing is hard work, but it’s the best mental workout you can get.

There’s always something particularly special about artists who have lived turbulent lives but still come out the other side. Crimmins is no exception. She is an exceptional talent whose work really is a must-see. But its her perseverance in the face of adversity which makes her, and her art, all that more wonderful.

– Find out more about Crimmins and the Painted Ladies launch on 18 April.