Bob Dylan's 'Blowin' in the Wind' has been re-imagined for the 'millions missing': Part One - Canary 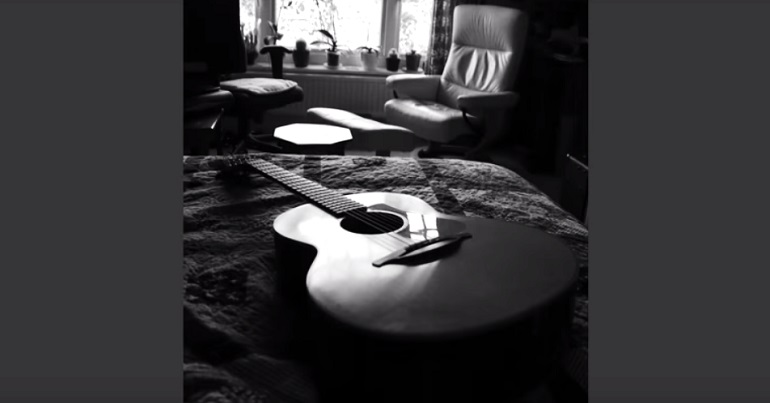 A classic song by Bob Dylan has been rearranged and reimagined for a campaign about a disease affecting at least 17 million people worldwide. While it’s a powerful piece of musical activism, the artist behind it and the campaign around it are also awe-inspiring.

ME: chronic and debilitating

Myalgic encephalomyelitis/chronic fatigue syndrome, commonly referred to as ME/CFS or just ME, is a chronic systemic neuroimmune disease. While symptoms vary for every person, people living with it often experience:

Between 17 and 24 million people worldwide are thought to be living with ME; in the UK, it is around 250,000. But the disease has been fraught with controversy. For decades (and often still to this day), the medical profession has not properly recognised it. People living with ME have been disbelieved, stigmatised, given incorrect treatment, or ultimately told it’s ‘all in their heads’.

So, the campaign ‘#MillionsMissing‘ was launched to try and address this. In support of the objectives of the campaign, activists and author Robert Saunders, who also writes under the surname McMullen, has taken the Dylan standard Blowin’ in the Wind and turned it into A song for ME. The Canary caught up with Saunders, who has lived with severe ME for 26 years, to discuss the disease, Millions Missing and why Dylan’s message is relevant to the movement.

A song for ME describes what it’s like to be living with the disease. Saunders arranged, produced, and wrote the alternative lyrics to the song, as well as singing lead vocals on it. He also got 18 people living with ME from seven countries to sing on the chorus. Of these, Saunders said that Kaeley Pruitt-Hamm‘s vocal stood out so much he included it throughout the song.

A song for ME says:

How many voices must scream from the dark

Before you take heed of our cry?

The answer my friend

Is blowin’ in the wind;

The answer is blowin’ in the wind.

Saunders told The Canary that the Millions Missing campaign’s objectives are “hugely important” to him. He is actively involved, saying it is the “sense of comradeship and solidarity” which he enjoys. But moreover he feels that despite his incapacity, he’s “contributing in some way” to things getting better:

Becoming an activist was the last thing I wanted to do. For many years I tried to ignore the politics and focus on other activities. But last year I read one or two things which made me realise how much worse the situation is for people with ME in terms of politics than I had realised. And ever since, I have felt compelled to do what I can to try to help to reverse that situation.

Led by #MEAction, the Millions Missing calls on governments and health bodies to:

The campaign is extremely active online, constantly raising awareness. But for Saunders, Millions Missing is about more than just the objectives. He says that while social media and the internet “do have their negatives”, for him they are a “godsend”:

The campaign and its tools have given me and other people with ME a voice. It’s one that has been missing for too long. People who have been unable to leave their houses, bedrooms or beds for decades are finally being empowered. And now that we are starting to be seen and heard we will not be silenced until our demands for health equality are met.

It’s this which makes Dylan’s song such a pertinent choice in relation to the disease.

For decades ME patients have been subjected to mistreatment and neglect at the hands of the medical establishment. Progress in understanding has been inhibited by… misconceptions about the illness. But also by the dogmatic beliefs of a vociferous minority of mental health professionals.

I recently watched the film Suffragette and was struck by the parallels between that movement and ours. It was particularly noticeable to me how the suffragettes were smeared and persecuted by the establishment, just as ME campaigners have been.

What struck us most was the power of the movement as a whole. The combination of the incredible force of each element and the drive behind every activist resulted in a movement that redefined not just the medical research paradigm, but also our national priorities.

It also provides hope and shows what is possible even in the face of seemingly insurmountable odds.

Saunders believes that by applying this mantra, the ME community will eventually win the fight. But he also believes there are still obstacles to overcome:

When we look back now on the way in which women and HIV/AIDS sufferers were treated, along with people of different ethnicity, sexuality, disability and appearance, it seems utterly perverse. And yet, those same mentalities seem to reappear in different guises in different generations over and over again. Yesterday it was women with multiple sclerosis being diagnosed with ‘female hysteria’. Today it is people with ME. And tomorrow it will be some other undeserving victims of misfortune – unless we can learn from our mistakes.

But, as part two of this article will discuss, medical professionals and others have still not learned from their ‘mistakes’. One of the biggest of those being the notorious PACE trial.