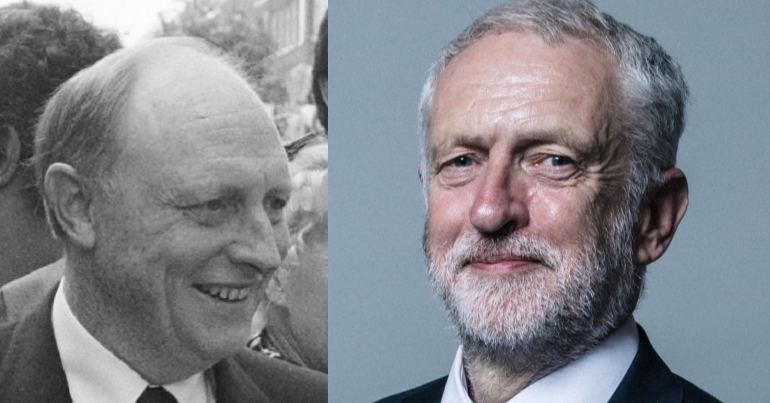 Not for the first time, Jeremy Corbyn has come under fire from members of his own party. This time, it’s former Labour leader Neil Kinnock leading the charge. Writing in the Independent, Kinnock accused Corbyn of a “serious evasion of duty” for his stance on British membership of the EU single market. In the article, he claimed Labour’s position is putting jobs at risk.

Unsurprisingly, Twitter was quick to respond. Many accused Kinnock of hypocrisy, due to his failure to stand up for jobs during the miners’ strike. Kinnock was leader of the Labour Party at the time, and didn’t publicly support the striking miners.

Neil Kinnock accusing Mr. Corbyn of selling us out on the single market is nauseating, i was a young striking miner, as @UKLabour Leader he sold us and our communities out, he stood by as rampant Thatcherism destroyed our great mining industry, so fuck off Mr. Kinnock #NUM

Another argued that it was, in fact, Kinnock who was guilty of a “serious evasion of duty”, and that his actions ruined people’s lives:

Kinnock “waged war on the left”

Criticism of Kinnock wasn’t just reserved for his role in the miners’ strike. People also pointed out his record as leader more broadly. During his time in office, he fought and lost two general elections in 1987 and 1992. He was also responsible for dragging Labour to the right and paving the way for New Labour:

Here he is, the man who lost TWO General Elections and waged war on the left. Kinnock used the same inflammatory language then to purge the party as he does now. He paved the way for Blair and now he is yesterday's failure #JC4PM #RJCOBhttps://t.co/6jcV3UKpUD

But writer Michael Rosen managed to sum up most people’s feelings:

Everyone stop what you’re doing and listen to the least profound leader the Labour Party has ever had: Neil Kinnock.

Kinnock’s intervention comes after the government suffered a number of high profile defeats on Brexit in the House of Lords. 83 Labour peers, including Kinnock, defied their party whip to back British membership of the single market.

These differences of opinion run deep in the party and its voters. But whatever people’s views on Brexit, the response to Kinnock’s attack seems to show that people won’t be taking lessons on protecting jobs from failed leaders of the past.