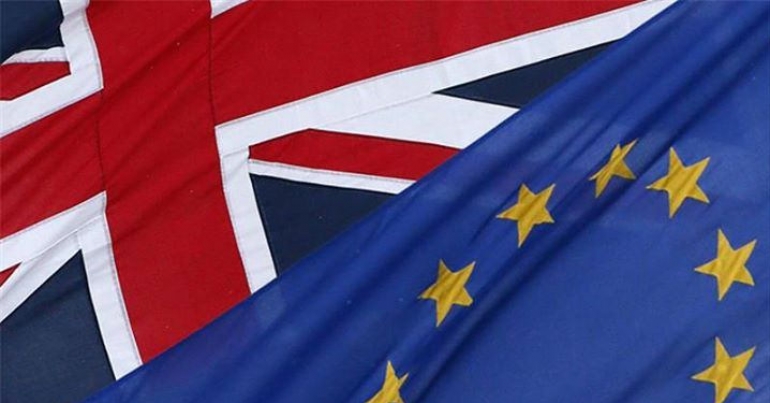 Social movement activist Graham Jones has just released a new book called The Shock Doctrine of the Left. It’s a handbook that everyone on the left must read; especially with the threat of a hard-right dystopia facing the UK post-Brexit.

The Canary caught up with Jones to find out more.

Graham Jones has brought a new angle to this idea. He has detailed how the left can make sure it’s on the front foot when disaster strikes – so that it’s the majority of people, rather than a wealthy minority, that comes out of these situations on top. As his book’s publisher explains:

Shocks, from natural disasters to military catastrophes, have been exploited for years by the state to impose privatisation, cuts and rampant free markets on us. This book argues that the Left can turn this on its head by using those same moments of chaos – and some of our own – to achieve emancipation.

Speaking to The Canary, Jones said right-wing establishments are experts at using moments of crisis to push through their political agendas. And he insisted that:

We’ve got to be ready for crises. We’ve got to have something ready to put in place… rather than just responding to what the right wing’s doing.

He then elaborated on how we can prepare, summarising his main point of having tactics ready to replace the current elitist system with one focusing instead on the best interests of ordinary citizens.

With the Brexit process in Britain, it’s very clear that hard-right elites are already waiting in the wings for when the post-Brexit shock finally hits. In fact, it seems like these figures have been benefiting from the referendum result since at least 2016. So there’s no better time than now for left-wingers in Britain to prepare to fight the corner of ordinary working people.

But with politicians like Jeremy Corbyn, the left is already preparing for government, right?

Talking about where people like Labour Party leader Jeremy Corbyn fit into the mix, Jones explained how ‘taming the state’ is one important part of beating the right at its own game. But he insists that street movements, creating alternative structures, and healing the divides on the left are also key for putting power back into the hands of ordinary citizens.

Jones went on to elaborate on these four main points – ‘smashing’, ‘building’, ‘healing’, and ‘taming’ – in greater detail:

This first point focuses on actions that bring shock to the established order – from protests to general strikes.

Building is about forging a network of groups that create a clear alternative on the ground to the existing economic and political system.

For Jones, intersectionality – joining together different struggles against injustice – is important in the ‘healing’ process because it represents a recognition that “we’ve all got a lot to learn” and “we’ve all made mistakes”.

And he insisted that the basis for healing is creating a system where we ensure we focus on caring for those around us.

This final point is about working to rein in the current system from within and around so it’s not as abrasive.

In short, he explained:

Avoiding top-down hierarchies and bringing everyone together

Jones also spoke out against both watered-down political tactics and overly dogmatic ones. He insisted that we need to ask ourselves:

How can we have reforms which boost the social movement (which I call ‘autonomy-supporting reforms’)?

So essentially, rather than a party like Labour trying to take ownership of everything in a top-down manner, the question is how it can support the natural growth of independent and progressive organisations. Jones explained how we can influence this process. He said that people need to build a grassroots movement around Labour (rather than within it) because it’s important to tame the “tendency for parties to… slip back towards the centre”; which means not just accepting the party line as divine law.

Jones also pointed out that independent, non-corporate media outlets will “have to be a key part” in linking progressive organisations up and highlighting alternatives; rather than simply criticising what the current government is doing.

For Jones, it’s essential that the left truly understands the shock doctrine which the right has long been implementing. Because with that understanding, the left can counter the right’s tactics and prepare its own to challenge them. As Jones stressed:

The shock relies on people not being able to understand what’s going on, and not having a narrative to fit it within.

Jones then gave some examples of how the right has used the shock doctrine in the past. These include actions in Chile, Iraq, and the US.

And he explained how the modern far right – whether intentionally or not – seems to have been taking advantage of the same tactics. He gave the recent example of actions taken by supporters of Stephen Yaxley-Lennon (aka ‘Tommy Robinson’).

An accessible toolkit encouraging the left to unite, prepare and act

Jones used an academic basis for his book in order to find ways to ‘navigate’ the tensions between different organisations on the left and help them work together better.

But he also took a conscious decision to make the book as accessible as possible. The reason? So people on the left can use it as a toolkit to work out what action to take in their own context.

Overall, the book provides an excellent analysis of what people on the left of the political spectrum can do to flip the right’s shock doctrine on its head. And arriving in the run-up to Brexit, one of the biggest shocks in recent British history, it couldn’t have come at a better time. So no matter which method you feel most comfortable with, get prepared and get organised. Because a hard-right takeover post-Brexit is far from inevitable.

– Buy The Shock Doctrine of the Left here.

– Join a trade union, a co-operative, an activist group like Momentum, or a political party.

– Support The Canary so we can keep informing the resistance and holding the powerful to account. Also, support other organisations at the forefront of the ongoing media revolution.