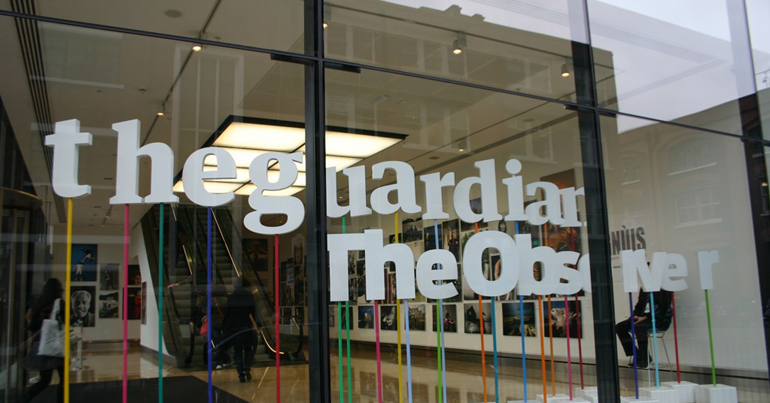 People are blasting former political editor of the Guardian, Michael White for issuing a deeply offensive defence of the mainstream media’s lack of reporting on Islamophobia.

A Twitter user asked why the antisemitism row in Labour is receiving widespread media coverage while outlets are largely ignoring Islamophobia within the Conservative party. White had the following response:

Why ? It may be something to do with the fact that no Jews are plotting to blow up women and children at Manchester concerts or mow folk down with cars in London , Few Muslims are plotting either of course, but alas a few idiots can cause much grief

So according to White, British journalists ignore rising Islamophobia in the country because a few Muslims have committed terrorist attacks. Or, as one Twitter user put it:

well i guess that answers the question: islamophobia goes unexamined because the people in charge agree with it

Not content to effectively victim-blame the Muslim community for Islamophobia, White doubled down on his indefensible stance by implying that Israeli violence against Palestinians happens for a similar reason:

That’s right. All those awful things are happening, but Israel is also under routine attack from unruly Gaza side. Interesting that Golan Heights border gives no trouble, that may be because Assad regime controls it – and why Bibi is courting Moscow to keep it that way

The condemnation of White’s tweet from certain pundits and politicians was swift. Former conservative co-chair, Sayeedi Warsi, who has been a vocal critic of Islamophobia in the Conservative party, said:

Whoa 😮
Is this a parody account? Or has this ex @guardian hack had his account hacked! If this was a momentary stupid tweet @michaelwhite please have the decency and courage to delete https://t.co/GrPCpNbe7O

Meanwhile, journalist Mehdi Hasan said the offending tweet was indicative of the presence of Islamophobia among the liberal establishment:

This is a pretty awful tweet from someone who was once political editor of the Guardian… speaks volumes re liberal Islamophobia… https://t.co/8QPe2JX2sH

You’re no friend to Jewish people if you can only defend them against antisemitism by presenting racism against other groups as being justified. https://t.co/ZxohgwMSYX

This is not the first time White has made deeply offensive statements either. In the past, he branded Iraqi citizens as inherently violent to brush aside criticisms of the brutal invasion of the country:

This isn't a first for Mickey.

He believes Iraqis deserved to die after the US/UK invasion because they are inherently 'barbaric'. pic.twitter.com/uSUD1q6oeY

There has been a surge in violent anti-Muslim attacks in the UK. This rise in overt Islamophobia has been connected to the rise of far-right populist political movements and figures. Yet, Tommy Robinson’s anti-migrant and Islamophobic rhetoric has been given largely uncritical coverage and normalised by the mainstream media.

after days of talking anti-Semitism, why the fuck are TV/radio shows giving uncritical platforms to supporters of Tommy Robinson, who are literally neo-Nazis. you can't only claim to care about minorities when it's party political, the far-right is a real threat to our safety.

Antisemitism is inexcusable and has no place in the Labour Party or elsewhere. That’s why Jeremy Corbyn has said he is determined to root it out. But, racism in all its forms should and must be called out.

So, if the mainstream press is serious about confronting racism in British society, they would do well to take a protracted look in the mirror.