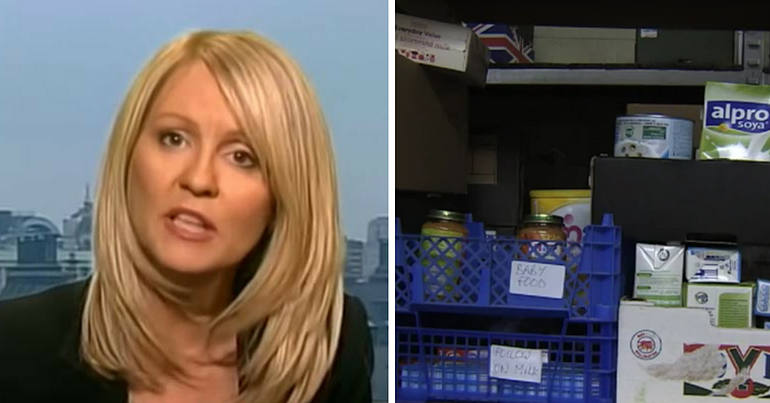 The DWP is spending £217,000 on a study to determine whether government policies are contributing to the rise in demand for food banks.

As news of the study broke, a major charity launched an appeal for people to donate to their local food bank to prevent children going hungry during the school holidays. And that charity is pretty clear that the problem is the DWP: benefit levels are simply too low.

The Trussell Trust runs a network of over 400 food banks. It says [pdf p1] that over 80% of families using food banks are “severely food insecure” – that is, they had gone without eating during the previous year, sometimes for days at a time, due to a lack of money. In its latest appeal, the Trust notes that school holidays are particularly difficult times for families whose children receive free school meals during term time. Last July and August, there was a marked increase in demand for emergency food for children compared with the previous two months.

The Trust has made several recommendations [pdf] for actions which could alleviate the problem of hunger amongst children. These include increasing benefit levels for families with dependent children and enabling working families on universal credit to keep more of what they earn.

Record increase due to frozen benefits

Figures released by the trust earlier this year also show that between April 2017 and March 2018, there was a record increase in demand for three-day emergency food supplies. It says that the main reason for referral to a food bank was “low income – benefits, not earning”. The other main reasons for referral were benefit delays and benefit changes.

Food bank referrals due to benefit sanctions have decreased in the past year, says the Trust. But numbers being referred due to “reduction in benefit value” have increased – that is, benefits are not keeping up with increases in the cost of living.

Benefits have been frozen since 2016, with the government planning to continue the freeze until at least 2020. The Joseph Rowntree Foundation estimates that half a million extra people will be pushed into poverty by 2020/21 as a result of the policy. By 2019/20, the JRF says, a couple with two children, in receipt of universal credit, will be £832 a year worse off due to the freeze.

Right that more people are going to food banks

In a debate on food banks in 2013, then-employment minister (and now secretary of state for work and pensions) Esther McVey said:

In the UK it is right that, you know, more people are visiting, which you’d expect, going to foodbanks.

It was right, McVey said, because “we’re all trying to live within our means”.

But the record increase in food bank usage recorded by the Trussell Trust is not “right”. It’s a national disgrace that children are going hungry in a rich country like the UK.