Venezuelans are using music to strike back against US imperialism - Canary 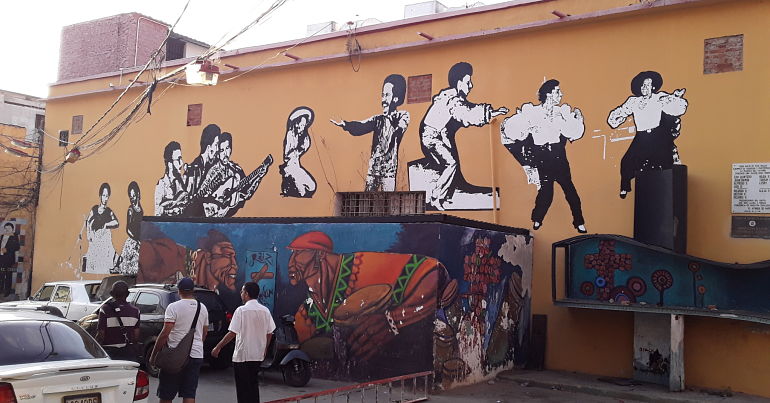 San Agustín is the beating heart of the music scene in Caracas. In the north of Venezuela’s capital city, it stretches across nearly 2km and is home to over 47,000 people. And armed with music, they’re battling US imperialism with their renowned community spirit.

The Alameda Theatre is the centrepiece of San Agustín’s music scene. Built in the 1940s, the theatre hosted some of the first dates of the community organisers who, once the theatre fell into disrepair, helped to rebuild it again. “It took weeks of lifting bags of trash out of here”, said Camelote, who can hardly walk five feet through San Agustín without somebody stopping to chat, “but we community organisers made it”.

The community got a government grant in 2013 to refurbish the building, and power was devolved to local committees to organise the theatre according to the community’s needs. Camelote pointed to a picture hanging on the theatre’s wall showing what looked like an old house, surrounded by debris and rubble. “That was what the theatre looked like before”, he said. “Look how it’s changed.”

On the theatre’s top floor is Radio Alameda, an independent radio station with a goal to educate the community on themes of culture, music, and politics. Javier Madrid, Radio Alameda’s founder and director, told The Canary about the importance of San Agustín’s music scene:

We have our microphones and our thoughts. And they’re the weapons we’re using in this struggle against US imperialism. With this small space, we’re trying to spread the truth.

The theatre hall below the radio studio hosts children’s dance shows, plays, and community events throughout the week. “Even when there isn’t activity, there’s activity,” explained community activist José Galindo. 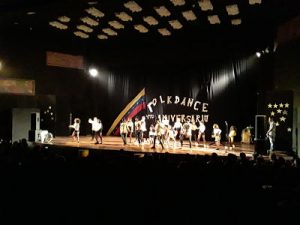 Galindo also told The Canary why it’s so children-orientated, saying:

Some of the musicians, meanwhile, offered The Canary a tour through their area; through their backstreets paved with history and memories. One house, tucked into a quiet corner, had been a central jam house for decades. As Javier continued:

It became known for this homemade lift we’d built to bring heavy equipment – instruments, amplifiers, you name it – up to the second floor.

In the evening, local artists took to the stage for a free, open-air concert. As the musicians spoke about the importance of solidarity in the face of ongoing external threats (i.e. the US-backed coup attempt), it became clear that these types of initiatives are vital to keeping communities together – to not folding under external economic pressures and threats.

The Canary also caught up with Manuela Moreno, one of two sisters fronting music group Surconsciente. We asked her about the importance of music in the struggle against imperialism. She said:

The message of our band has always been about strengthening political consciousness. Music’s powerful as it can spark emotions that other forms of communication can’t; hit taboos that otherwise aren’t spoken about. We can teach people about our roots – about our culture – through music. That’s how music is central to anti-imperialism.

The type of grassroots organisation that visitors can see throughout Caracas represents a fundamental obstacle to US imperialism. Though the US and its allies are strangling Venezuela’s economy, community solidarity is helping to keep people together. And the more unity there is on the ground, the harder it will be for the US to impose its will on Venezuela.