A journalist finally held a Tory politician to account for his Brexit nonsense. And it was so needed. - Canary 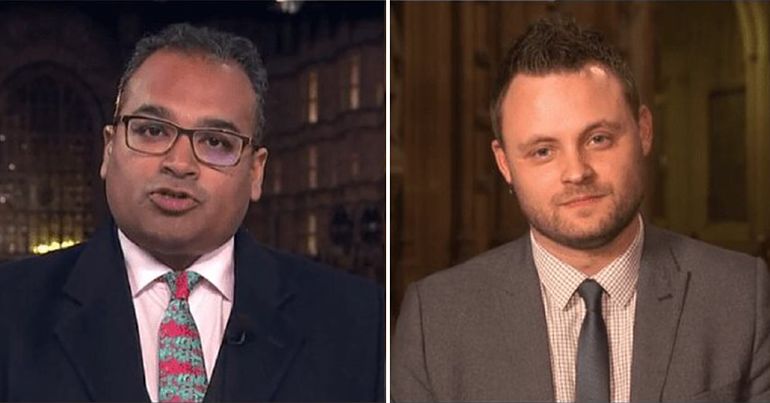 A corporate journalist finally held a Conservative politician to account for his Brexit shenanigans. On Channel 4, the introduction that presenter Krishnan Guru-Murthy gave to Tory MP Ben Bradley was beautiful:

Got to hand it to @krishgm for this exemplary #c4news intro for thick Tory charlatan Ben Bradley MP. pic.twitter.com/c6xjxxZwTu

On 26 March, Guru-Murthy opened with:

I haven’t changed my mind… What you’ve laid out there is a series of votes voting differently but trying to achieve the same option… the thing that I’ve been trying to do since day one is to get us out on the date that we promised. Back in January, we had the time and the political capital to go back and seek further improvements… but now… the deal is the same but actually the circumstances surrounding it are very different.

is neither remain nor leave, an unending state of purgatory that represents the worst of all worlds.

Still, he now plans to vote for it. And Guru-Murthy called him out. If only corporate journalists consistently held politicians to account like on this occasion, perhaps we wouldn’t be in this mess.