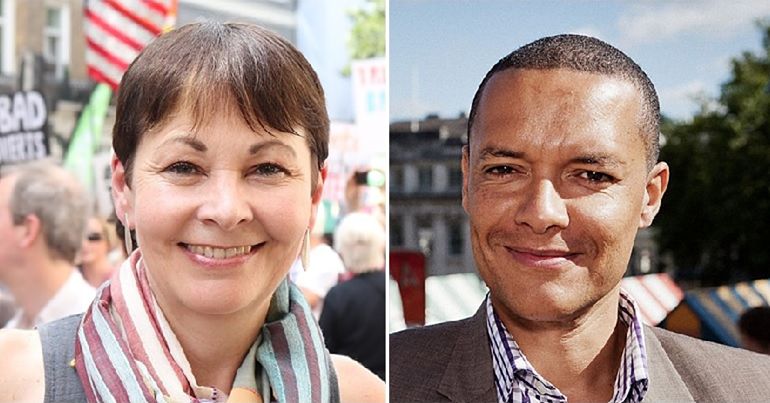 On 26 March, two MPs are launching a bill which focuses on the UK’s future beyond Brexit. It seeks to end inequality through “a ten-year economic and public investment strategy”.

Green MP Caroline Lucas is the bill’s leading force. And on Twitter, she dubbed it a #GreenNewDeal, insisting it “will protect the planet and create jobs in every part of our country”.

Lucas has long supported such measures. And she stressed:

It’s time the Government woke up to the climate emergency and the UK’s grotesque levels of inequality and enacted a Green New Deal.

To deal with the above, she said, we need “radical, bold and urgent action”.

The tabling of the bill comes days after the launch of Labour for a Green New Deal. Labour’s shadow treasury minister for sustainable economics, Clive Lewis, backed the launch. And now, he’s joined forces with Lucas to push the Green New Deal into parliament:

The climate crisis is here.

Inequality is on the rise.

A #GreenNewDeal will protect the planet and create jobs in every part of our country.

Today, I'm tabling a Bill with @LabourLewis that will transform our economy and prevent climate breakdown.

This is just the beginning. pic.twitter.com/HlIMtnuHZa

Lewis has called the plan a “radical rethink” to fight against “planet destroying activities”:

.@UKLabour Comrades.Supporting the below means a radical rethink on gas guzzling, road building, planet destroying activities. It starts ‘here and now’ not ‘over there and tomw’. At it’s core must be the fight for social&economic justice.That’s why Tories will struggle with this https://t.co/8BylZtVY3f

Like Lewis, shadow secretary of state for business energy & industrial strategy Rebecca Long-Bailey has also called for such a deal.

“Uniting greens and progressives” on both sides of the Atlantic

Left Foot Forward editor Josiah Mortimer points out that this is “the first time” such a bill has reached parliament. And he highlights how the idea of a Green New Deal is “uniting greens and progressives in the US and the UK”. Indeed, the proposal is fast becoming a key issue for the US left in the run-up to the 2020 presidential election campaign.

As Mortimer says, the plan harks back to the 1930s New Deal in the US, “which used massive investment in jobs and infrastructure to pull the US out of the Great Depression”.

Brexit has dominated news cycles for too long. That means the media has often pushed pressing topics like climate chaos and rising inequality into the background. But these issues need urgent attention.

The Green New Deal bill shows that, with or without Brexit, the UK can have a bold and hopeful future. It’s now time to push for that to be a reality.