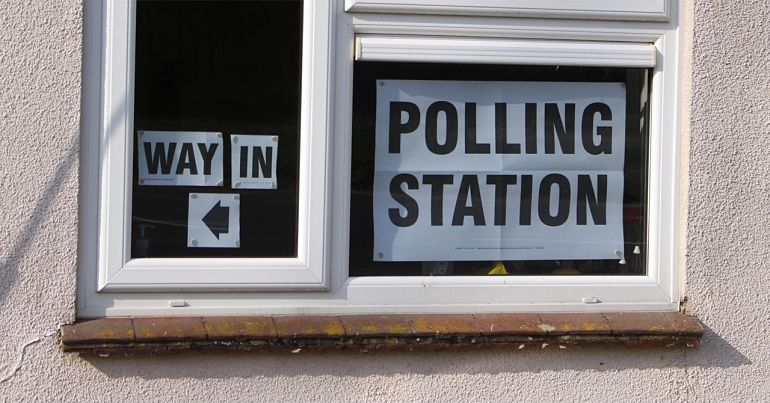 Earlier this month, the Conservative Party suffered a local election wipeout, losing over 1,300 councillors. Smaller parties and independent candidates, meanwhile, made massive gains. And polls for the EU elections on 23 May suggest the Tories will face another disastrous result. The overall message from voters seems to be one of anger at the ruling party’s handling of Brexit negotiations.

Brexit has clearly exposed deep differences of opinion in UK society. But what’s the best way to bring people together? For democracy campaigner Klina Jordan, the answer is a radical overhaul of our electoral system.

The Canary spoke to Jordan to find out more.

Jordan is a co-founder of Make Votes Matter, which campaigns for a system of Proportional Representation in UK general elections. As the group’s website explains:

The UK currently uses the primitive First Past the Post voting system – which causes severe problems for voters, our politics and our society.

The website also gives some examples of “tried-and-tested forms of Proportional Representation which we believe could be appropriate for the UK”.

Explaining how she got into campaigning for a better voting system in the UK, Jordan said she realised that:

politics as we know it is completely broken. But democracy is actually quite interesting.

Speaking about the problem of poor voter turnout, and how governments which win First Past the Post elections often rule with the support of only a small minority of eligible voters, Jordan asked:

Why would you go and vote if you know that your vote doesn’t matter?

She then pointed to evidence suggesting that Proportional Representation boosts voter turnout significantly, thus increasing the meaningfulness of elections. And she insisted:

That’s a really crucial part of democracy; people actually being engaged and participating.

She also explained that women and ethnic minority communities often find themselves “shut out of the political system” . And she points to New Zealand as one example of how switching to Proportional Representation can deal with such under-representation.

The recent local elections: a sign that both “Remainers and Leavers are fed up”

Commenting on the recent local elections, Jordan argued that people were voting with their hearts rather than voting tactically (i.e. to stop the worst party winning). And she said both “Remainers and Leavers are fed up with the two big parties”. For her, it’s clear that “people aren’t happy with politics as usual”; and she insisted that “if we had Proportional Representation, then people could be voting for what they wanted normally”.

She also looked at the main problems with local elections, mentioning low turnout, a failure to recognise the value of local politics, and poor political education. These, she said, are a symptom of a system where people think the most important political decisions happen far away from them.

To make things better, she insisted that people need to be “better informed”, stressing:

She also highlighted the need to “control the influence of money” in politics.

Brexit and the 23 May EU elections

Looking ahead to Britain’s EU elections, Jordan pointed out that the electoral system we will use is a form of Proportional Representation (though not the best). So in response to people who are encouraging tactical voting, she said:

We’re so used to tactical voting under First Past the Post that we think ‘oh, well, we’ve got to vote tactically so that we’re not wasting our vote’. But this election is much more proportional than our general elections…

So for me, for this election, I would absolutely say ‘vote with your heart’; and ‘your vote is much more likely to be represented than it would be under First Past the Post in a general election’.

Regarding the 2016 Brexit referendum, which still has a stranglehold over British politics, Jordan believes the outcome was largely a result of citizens feeling a lack of representation in parliament. And she stressed:

The fact that we don’t have real democracy in the UK – the fact that we have such disproportionate elections – has been hugely relevant to the… whole of the Brexit story.

But she still has faith in referendums, insisting that they “can be done well”. For that to happen, though, questions need to be totally clear and there needs to be significant control over the influence of money.

As a specific way to improve referendums and other votes, Jordan praises the idea of ‘citizens’ assemblies‘. This is where a random selection of people representative of a country’s voting population come together, receive all the information on a subject, discuss it, and work out how to move forward. Such assemblies led to the abortion and equal marriage referendums in Ireland.

A system that works for everyone, not just a select few

The First Past the Post voting system has long favoured Britain’s two largest parties. But Jordan told The Canary:

I don’t think a two-party system is a real thing. I think it’s something that’s largely created by the system… the two big parties are actually already coalitions of other parties. And if we had more honest representative politics, those parties could… split off and be their own thing…

A supposed two-party system is… a misrepresentation of what’s really going on under the surface.

She also referred to the talk of ‘strong and stable’ governments in the 2017 general election, insisting that:

the idea that First Past the Post delivers strong, stable government is a complete joke now.

Words like ‘coalition’ and ‘compromise’ have become dirty words in UK politics, she said. But they happen in almost all systems. And she insisted they’re “a normal way of adults finding ways to live together”. She continued:

To me, a sensible way to run a country is not for a minority to do whatever they want and everyone else just have to put up with it. It’s actually to find out… what’s going to work for everybody.

She also stressed that there’s significant evidence that Proportional Representation is fairer for voters (and parties) and “results in better social, environmental, and economic outcomes”. Countries with such a voting system, meanwhile, tend to be more equal societies with better representation of minority communities. And it even results in less war.

As examples of where forms of Proportional Representation work well, she mentioned the Scottish parliament, Sweden, and New Zealand.

Dump First Past the Post. Join the fight for Proportional Representation.

Make Votes Matter convenes an Alliance for Proportional Representation which includes “political parties, MPs, campaign groups, trade unions, high-profile individuals” and others. They’ve been developing a ‘Good Systems Agreement’, which has cemented consensus about “what a good voting system will look like for the UK, and how to democratically achieve such a system”. As Jordan summarised:

We campaign for the principle that seats should match votes, and all votes should count equally regardless of where you live.

And she stressed that citizens’ assemblies (rather than politicians) should choose the ideal voting system.

She also asked anyone interested in improving Britain’s electoral system to join the campaign and “be the change that they want to see”.

Grassroots activists and political leaders will launch the Good Systems Agreement in Westminster on 2 July.

If we want change, we need to fight for it

Recent years have highlighted the weaknesses of Britain’s electoral system. From the Brexit vote to the 2017 elections and beyond, many people feel disenchanted; and they’re sick of having to vote tactically rather than voting with their hearts.

To make our system healthier and more democratic, we need a radical overhaul. And joining the fight for electoral reform is a great place to start.