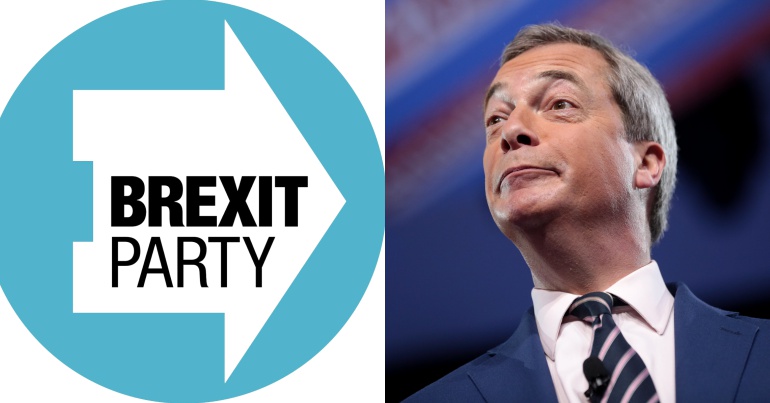 Nigel Farage’s Brexit Party is ahead in the polls for the European elections on 23 May. Yet his campaign doesn’t have a manifesto. As a result, specific details about what the party’s candidates are actually standing for remain unclear. But one writer has carefully investigated all the Brexit Party candidates, their links and backgrounds. And anyone thinking of voting for them, or who knows anyone who might be, should read it.

S Holloway “read up on every single listed Brexit Party MEP candidate” with one goal, “to find out what kind of people they are”. The article is written in a breezy irreverent style but it links to many different sources to build a clear picture. Some Brexit Party candidates support dangerous right-wing theories, people and ideas. Holloway states that, “just for starters”:

Holloway also notes that many candidates “are minted”, some through business, others through inheritance or marriage. Tax avoidance and offshore banking links feature heavily. The implication is that, for some, Brexit offers financial benefits. The article also observes that many candidates are “spectacularly candid” about:

their desire to personally profit from and fecklessly exploit the chaos and decline that they openly admit Brexit would cause.

Another thing that emerges from several candidates who “manage huge businesses” is opposition to “annoying” EU policies. Many have vocally opposed food safety directives or basic workers’ rights such as sick leave. In Holloway’s opinion:

For example, links take the reader to a video of Nigel Farage openly discussing how to ‘use’ immigration to build populism with former White House strategist and Breitbart co-founder Steve Bannon. They also demonstrate Farage’s open support for far-right French politician Marine Le Pen and his meeting with “relatives of actual Nazis” in 2017.

Holloway also suggests that “far too many” Brexit Party candidates:

write slavishly for neo-Nazi websites like Breitbart, and infamously inaccurate papers, while several churn out bile on very murky websites like Spiked Magazine.

Holloway builds a detailed picture of all the Brexit Party candidates. Former Conservative MP Anne Widdecombe’s views are easy to establish from her voting record. She’s consistently voted against equal gay rights, openly opposed gay marriage and voted against environment and climate change issues. What Holloway’s work does is establish links to lesser-known Brexit Party candidates and reveals that there seem to be a lot of similar views in common.

As the article also admits, it seems that some “decent” candidates may be more measured:

I don’t want to generalise too much about the candidates, as some are seemingly decent, well-meaning people, a percentage of which have done some selfless and admirable things for the community. Though an interesting number of ostensibly decent candidates (doctors, lawyers, charity workers etc) actually have shady backgrounds, inexcusable beliefs, and skeletons in their closets, or are at best hypocritically burying their heads in the sand about their party bedfellows.

Without a manifesto, the electorate has little way of holding Farage or Brexit Party candidates to account. Yet many of those standing may not want voters to know about their links, beliefs and previous statements. Thanks to Holloway, all the things they might not want you to know are now easy to find.