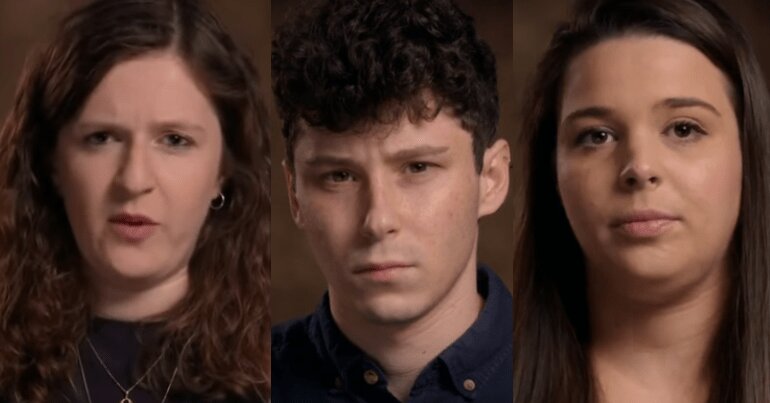 In the BBC Panorama documentary Is Labour Antisemitic? sources came forward to call out what they say is a frequent issue of antisemitism in the party.

The BBC didn’t name the sources or reveal their affiliations. But out of 10 people who came forward on Panorama, eight had leading roles in one anti-Corbyn organisation – the Jewish Labour Movement (JLM).

The Canary condemns any antisemitic abuse that these Jewish people have received. But the BBC should have been clear that it was referencing professional political sources. Especially because the political careers of some of these sources go beyond their work as part of JLM’s leadership.

At the beginning of the episode, presenter John Ware says:

Labour says anti-racism is at its very core. Why then is there a constant stream of antisemitism complaints by party members?

But as pro-Corbyn group Jewish Voice for Labour (JVL) pointed out in a video called the Panorama Papers:

Almost all the Panorama ‘whistleblowers’ have leading roles in the anti-Corbyn Jewish Labour Movement:#PanoramaPapers pic.twitter.com/QwtDIWSGnx

In March 2019, JLM passed a motion declaring Labour “institutionally antisemitic” and stated that Corbyn is “unfit to be prime minister”.

These people should have a voice on the BBC. But Panorama failed to declare their affiliation and had no balance from Jewish Labour supporters who think differently.

A report by the Media Reform Coalition (MRC) into the programme found the BBC had breached its own editorial standards. As The Canary previously reported, BBC guidelines state:

When dealing with ‘controversial subjects’, we must ensure a wide range of significant views and perspectives are given due weight and prominence, particularly when the controversy is active. Opinion should be clearly distinguished from fact.

But as MRC stated:

The programme-makers were, however, presumably aware that hundreds of active Jewish members of the party are on record offering a very different perspective. The complete exclusion of their voices on such an active controversial subject amounts to a gross breach of the BBC’s impartiality requirements.

that the credentials of sources and significant contributors should be made clear to audiences, especially… when covering matters of political controversy.

Yet as the MRC pointed out and is highlighted in this article, the BBC failed to do exactly this. Indeed, many of the sources featured also have political careers beyond JLM.

Ella Rose, for instance, formerly worked at the Israeli embassy as a PR officer. In the Panorama episode, Rose says:

I joined the Labour party because of my Jewish values, and because of the things that I was taught in my family and in my synagogue. I’ve been the unfortunate victim of a lot of antisemitism within the Labour party, and stuff I never thought I’d receive in 2019 let alone in the party that I thought was anti-racist. Whilst leafleting at a party conference someone came up and screamed abuse in my face. I wouldn’t say to a friend go to a Labour party meeting if you’re Jewish. I couldn’t do that to someone I cared about.

But Rose herself has been exposed for the way she talks about Jewish Labour supporters she disagrees with. She told an undercover Al Jazeera reporter in 2016:

I saw Jackie Walker on Saturday and thought, you know what, I could take her, she’s like 5’2 and tiny…

That’s why I can take Jackie Walker. Krav Maga training. Yeah. I’m not bad at it. If it came to it I would win, that’s all I really care about.

Labour expelled Walker, who’s Jewish, in March 2019 over allegations of antisemitism as part of what people argue is a witch hunt against critics of Israel. In July 2019, the BBC upheld a complaint about its presenter Nick Robinson for giving an “insufficiently accurate impression of her actual words”.

As well as working as JLM membership officer, Alex Richardson was a parliamentary assistant for Labour Friends of Israel (LFI) chair Joan Ryan. In Al Jazeera’s undercover documentary The Lobby, an LFI officer admitted the organisation works “closely” with the Israeli embassy:

We do work really really closely together. It’s just publicly we just try to keep the LFI as a separate identity to the embassy.

it’s been a really nasty experience as a Jew in the Labour Party. A party member posted online comments saying that Israel was responsible for the creation of ISIS and also for 9/11. And when I saw the individual at party conference I was absolutely horrified that nothing had been done. I’d really like Jeremy Corbyn to show leadership on this issue.

Richardson has spoken out about antisemitism before. In Al Jazeera‘s documentary, he reported a Labour member for antisemitism at the 2016 party conference after she asked questions about LFI’s views on Palestine. Nonetheless, he then privately admitted to an undercover reporter that “nothing antisemitic was said”, but he was “made to feel uncomfortable”.

Another Panorama source, former JLM campaign officer Adam Langleben, also writes for Jewish News and works for the Jewish Leadership Council (JLC) as head of digital and stakeholder engagement. The JLC has accused Corbyn of siding “with antisemites rather than Jews” and claims Labour now has an “institutional” problem with antisemitism.

Jewish News, meanwhile, was one of the three Jewish papers that published a joint front-page editorial in 2018 claiming that a Corbyn-led government would be an “existential threat to Jewish life”.

The Jewish News foreign editor at the time told The Canary:

But the BBC made no mention of Langleben’s name nor his political career in numerous prominent organisations. In the Panorama episode, he says:

Since 2015 it’s been soul destroying being a member of the Labour Party and Jewish. Jewish members across the Labour party don’t know what to do. No one knows what to do.

Another of the sources was Philip Rosenberg, who works full-time for the Board of Deputies (BoD) as director of public affairs. JLM is affiliated to the BoD, which frequently attacks the Labour leadership over the ‘antisemitism crisis’. Recently, the BoD said the party should stop putting the ‘crisis’ into perspective:

Citing a supposed number of offences as a small percentage of membership as a means to minimise the problem should cease.

The figures show that disciplinary cases relating to alleged antisemitism among Labour members since September 2015 reportedly relate to 0.06% of party’s 540,000 members. Regarding the figures, Labour stated:

Again, the BBC failed to disclose Rosenberg’s public role alongside his testimony in the programme. This is especially problematic when his job description includes:

A separate Canary investigation showed Labour members alleging a different side to the Panorama account of Ben Westerman, a former member of Labour’s disputes team. According to Labour members, there are questions over Westerman’s allegation that he was asked if he was from Israel because of his Jewish identity.

Instead, Canary sources at Liverpool’s Riverside CLP believe they have a voice recording of the conversation Westerman was referring to. In that conversation, Westerman is questioned over “what branch” of the Labour Party he belongs to.

The Liverpool’s Riverside CLP members also hit out at the BBC, claiming they were not offered a right of reply. One person told The Canary:

The BBC pride themselves on their ‘impartiality’ and balance in their programming; but it’s so much not the case with that episode of Panorama. Not at all; not at all.

Why were the political careers of these sources kept secret?

The Canary contacted JLM and all the people named in the article for comment but had not received a response by the time of publication. A spokesperson for the BBC told The Canary:

We stand by our journalism.

But the BBC‘s over-reliance on JLM and people with professional political careers speaks volumes. Especially when those affiliations were not declared on the programme. This, combined with ignoring dissenting opinions of other people in the Jewish community, alongside claims that it didn’t even give Labour Party members a right of reply over the accusations, can only lead to one conclusion.

What’s been widely derided as a hatchet job seems worse than we thought.