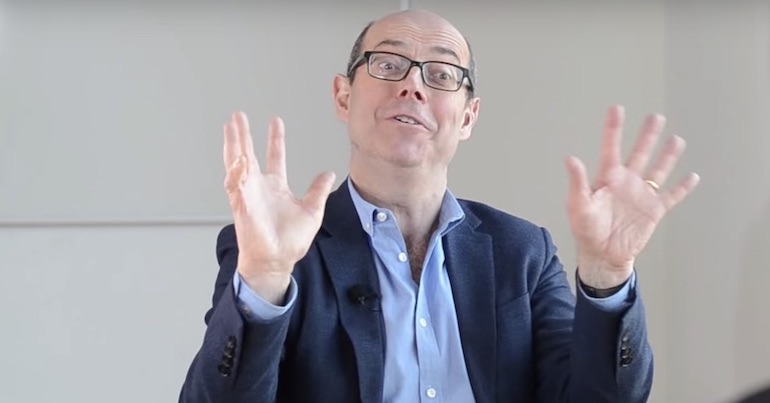 On 1 July, Simon Maginn shared news that the BBC had upheld his complaint against Nick Robinson. In February, Robinson shared a tweet, on a BBC account, that made false accusations about disciplined Labour Party figures Chris Williamson and Jackie Walker. Yet, despite this ruling, nothing further has happened. The BBC, it seems, really cannot be trusted.

Maginn’s complaint was based on a tweet Robinson made on 26 February. As the BBC noted, this “was posted on a BBC account and is considered part of BBC output”.

In the tweet, that’s still live at the time of writing, Robinson accused Williamson of screening a film “by a woman suspended from Labour for saying the Jews controlled the slave trade”.

Robinson was referring to the film WitchHunt. As Jewish Voice for Labour explained, this film explores the ongoing attacks “against the pro-Palestinian left, including its many Jewish members”. The film focuses on the treatment of Walker. She was suspended from the Labour Party amid what many people argue is an active witch-hunt to silence voices critical of Israel. Williamson planned to screen the film in parliament in March.

Maginn shared the BBC‘s response on Twitter. It suggested that Robinson’s accusation took Walker’s comments out of context. It also upheld Maginn’s complaint on the basis that although many tweets ‘compress’ information, Robinson’s:

Yet since this ruling, neither the BBC nor Robinson has issued any kind of formal apology to those involved. Robinson’s tweet is still live. Indeed, he shared the tweet again the next day, following Williamson’s suspension:

So, @DerbyChrisW has been suspended after apologising for saying that Labour was “too apologetic” for anti semitism in its ranks. What puzzles me is why those cheering him on don’t listen to Corbyn backer & founder of @PeoplesMomentum @jonlansman about why this is a problem https://t.co/Xp2wNb5k8I

Many people have questioned the lack of apology and asked why Robinson’s statement wasn’t retracted:

Why have you not taken down your defamatory tweet about a Jewish woman when BBC has ruled you lied about what she said? Would you not want it taken down if it was about you? Isn’t this about basic human values? @simonmaginn

The tweet below was the subject of a complaint by @simonmaginn and was upheld by the BBC yesterday – see:- https://t.co/mnRh0ksxMj
Will you now apologise to @DerbyChrisW and then delete the discredited tweet?
Oh, and then might be a good idea to apologise to Jackie Walker? https://t.co/izDeMVk1qY

Dear Mr Robinson (@bbcnickrobinson), this tweet, still up on your feed, has been found "insufficiently accurate" by the Executive Complaints Unit of the BBC. Are you simply going to leave it up, or are you going to put matters right for @DerbyChrisW and @Jackiew80333500? Thanks. pic.twitter.com/ezrbGijyAr

As The Canary‘s Kerry-Anne Mendoza noted, perhaps the lack of apology is no surprise. Because “that’s how smear works”:

The BBC’s Exec Complaints Unit finds Nick Robinson misquoted Jackie Walker. All this noise based on a lie.

Don’t expect apologies from those who promoted it.
They never thought it was true, they just hoped it would do damage.

On 28 June, Labour removed its whip from Williamson. This followed a backlash after the party readmitted him following a formal warning on 26 June. Since then, the corporate media’s ongoing allegations of antisemitism against Jeremy Corbyn and many left-wing Labour members have spiralled.

When the BBC upheld this complaint, it showed just how many of these allegations are based on flimsy (at best) and inaccurate accusations. But the fact that despite this, there’s been no formal apology really does highlight that the supposedly impartial broadcaster can’t be trusted.