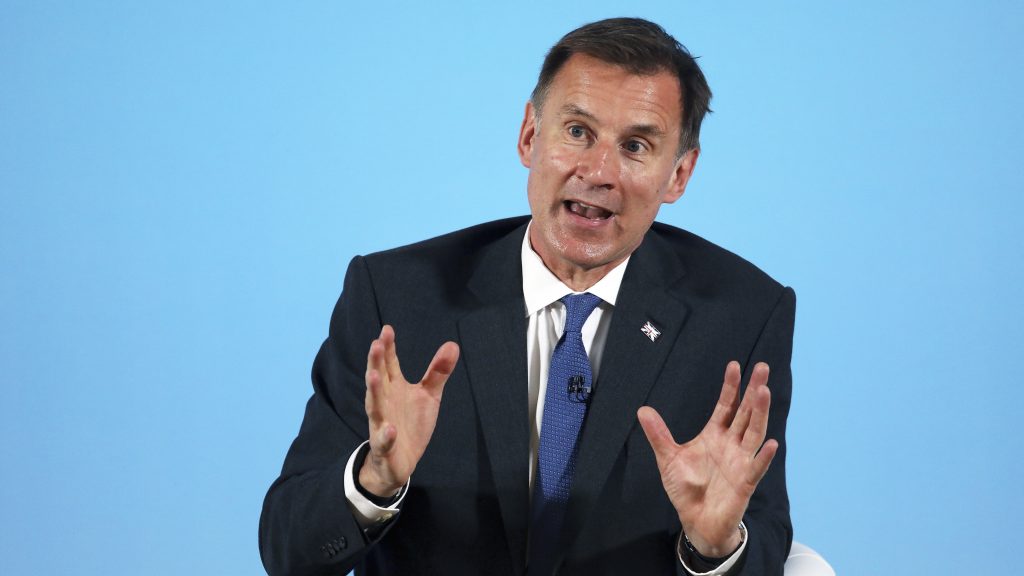 China’s foreign ministry has hit back at remarks by Foreign Secretary Jeremy Hunt on the causes of recent anti-government protests in Hong Kong, saying the territory’s former colonial master had no right to weigh in on the city’s affairs.

Ministry spokesman Geng Shuang said on Wednesday that Mr Hunt, one of two men vying to be the next prime minister, appeared to be “basking in the faded glory of British colonialism and obsessed with lecturing others”.

Mr Hunt said Hong Kong authorities should not use an outbreak of vandalism in the legislative chambers by protesters on Monday night as a “pretext for repression”.

He said the authorities need to “understand the root causes of what happened, which is a deep-seated concern by people in Hong Kong that their basic freedoms are under attack”.

Mr Geng said Britain restricted Hong Kong’s democracy prior to the 1997 handover to Chinese rule and had no authority to discuss matters in the territory, despite the existence of a 1984 agreement that Hong Kong would retain its Western-style economic, legal and political system for 50 years.

Hong Kong was under Britain’s rule for 155 years, during which it was run by a series of governors appointed by the British crown.

“The UK considers itself as a guardian which is nothing but a delusion,” Mr Geng told reporters at a daily briefing on Wednesday.

“It is just shameless to say that Hong Kong’s freedoms are negotiated for them by the British side,” Mr Geng said.

China’s central government has voiced strong support for Hong Kong chief executive Carrie Lam and the city’s police force in dealing with the recent protests, which have highlighted doubts about the validity of its “one country, two systems” formula for governing the semi-autonomous Chinese region.

The protests, which roughly coincided with celebrations of the 22nd anniversary of Hong Kong’s handover from British to Chinese rule, were originally sparked by a government attempt to change extradition laws to allow suspects to be sent to China for trial.

Ms Lam has shelved the bills but not agreed to scrap them altogether as opponents insist.

Many are also calling for Ms Lam’s resignation, a demand she has refused to address.

The extradition legislation has heightened fears of eroding freedoms in Hong Kong and given fresh momentum to Hong Kong’s pro-democracy opposition movement, awakening broader concerns that China is chipping away at the rights it guaranteed to Hong Kong for 50 years.

Two marches in June drew more than one million people, according to organiser estimates, marking the biggest outpouring of anti-government sentiment in years.