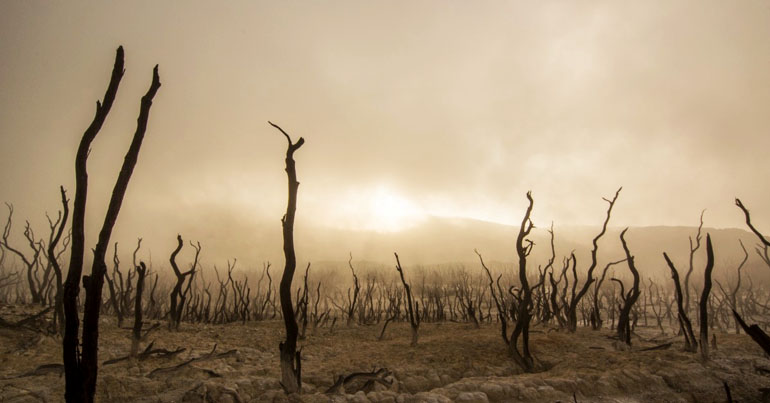 Writer Mark Lynas has presented the facts and figures that are driving the planet towards climate catastrophe. His Twitter thread lays bare the scale of the task that stands before all of us. But it also gives hope that change is possible.

On 1 July, scientific journal Nature published an unedited manuscript detailing how our present society is on course for catastrophic levels of carbon emissions. The next day, Lynas, who has written a number of books on climate breakdown including High Tide and Six Degrees, took to Twitter to explain the findings in simple terms:

New Nature paper out today https://t.co/oAF7nep6ur
states very clearly what is needed if governments are serious about limiting global heating to 1.5C, as agreed at Paris.

Spoiler: No new fossil fuelled infrastructure, anywhere, ever. From now on.

He first showed that the “existing infrastructure” commits the planet to more than 1.5°C of warming. This is the benchmark that the Intergovernmental Panel on Climate Change (IPCC) called “necessary” and “vital”: 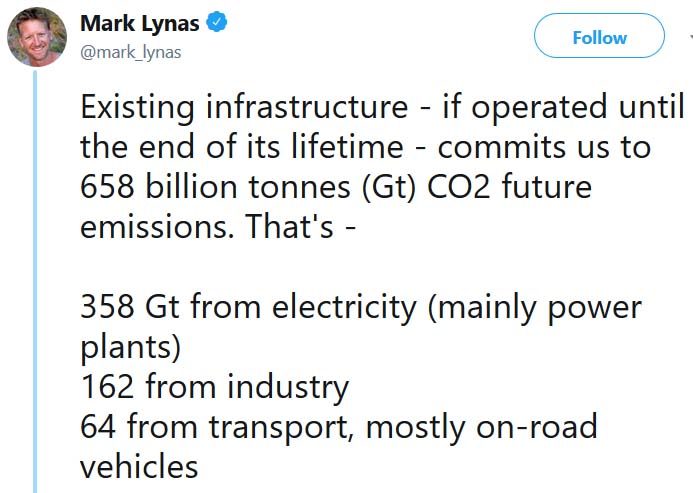 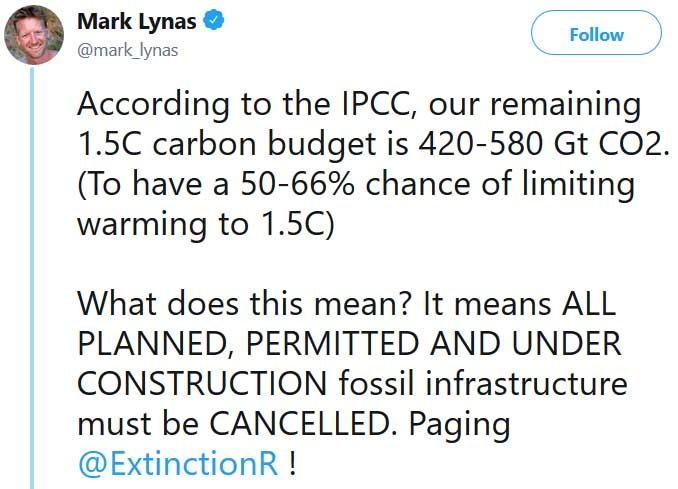 However, there is also a huge amount of new fossil fuel infrastructure across the world that’s already underway. Lynas explained that these new plants amount to about 188 gigatonnes (Gt). That means built or planned plants will emit a total of 846Gt. As a result, Lynas said that not only do all “planned, permitted and under construction” plants need to be cancelled but: 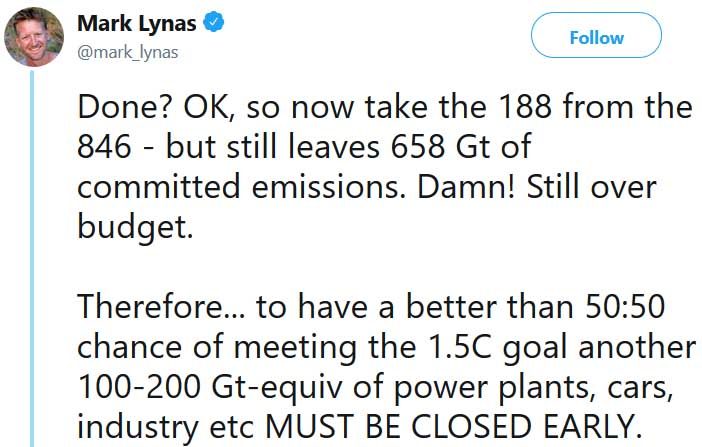 If these steps aren’t taken, he said, then the planet will be on course for 2°C of warming. And even that means catastrophe: 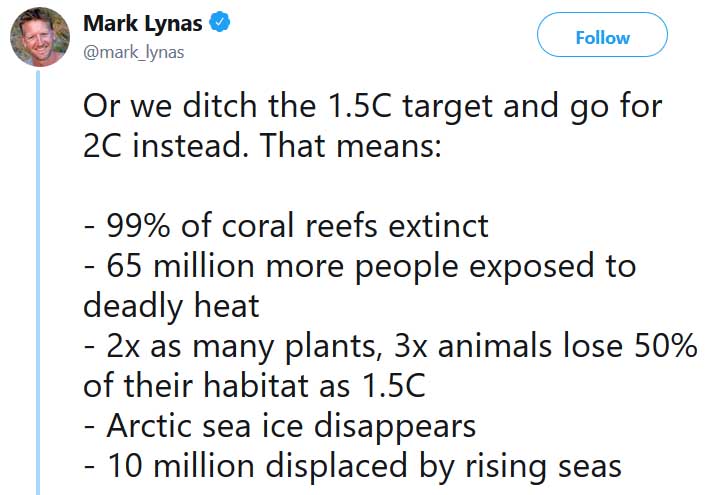 But even keeping within the 2°C ‘budget’ will require countries and markets to take big steps. Lynas said it means we must start “reducing emissions by 5% per year” immediately. However, 2018 represented an “all-time high” for carbon emissions and the Met Office predicted that 2019 will result in yet another increase.

We’re on course for 4C warming

In the end, Lynas pulled no punches when he stated what’s needed to stop climate disasters. And the solution is no small task: 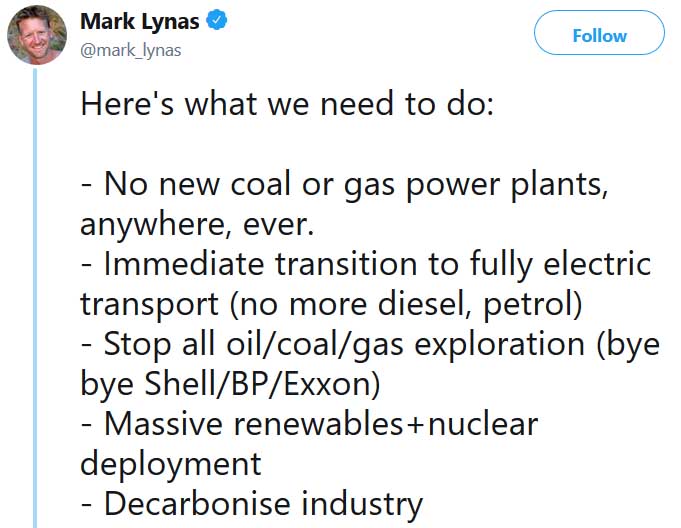 The Nature report said that the “most cost-effective” area for immediate change would be in ‘retiring’ electricity and industrial infrastructure.

If we don’t take action on this scale, though, then the alternative will be even tougher. Globally, “current policies” will take the planet to 4°C of warming. And Lynas’s response to warming of that level was simple: “*shudder*”.

Climate analysis website Carbon Brief created an interactive infographic on the possible impact of temperature rises, including those between 3.5°C and 4.5°C.

The UK government has committed to net zero carbon emissions by 2050. This would put it on course to stay below the 1.5°C warming benchmark. However, as Carbon Brief pointed out on 12 June, the government’s figures don’t include heavily polluting industries such as aviation and shipping. It also includes using ‘carbon offsets’, which experts have discredited as “worse than nothing”.

Even in the face of impending disaster, the government is dragging its heels while pretending to care. This is unacceptable. Climate catastrophe will affect everyone, not just those creating policies. So it’s up to all of us to start taking action in defence of the planet.