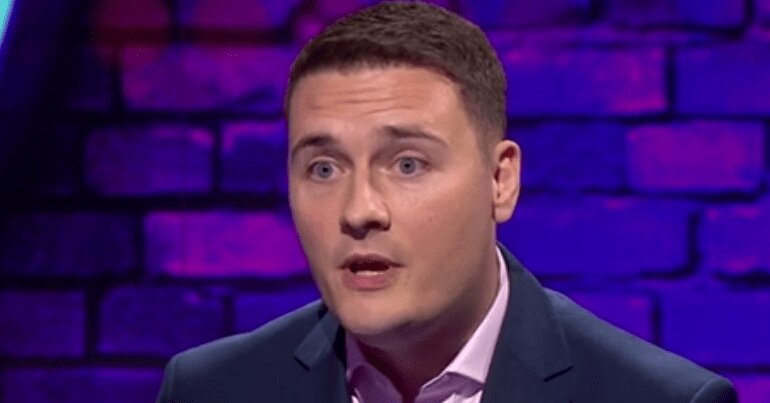 People were astounded that Streeting fawned over Theresa May and what he called her “touching” LGBTQI+ agenda:

“I will only be your Prime Minister for a few more weeks, but I will be your ally for the rest of my life.” – @theresa_may’s words to the Number 10 Pride Reception. Touching and appreciated.

Theresa May spent her time at the Home Office deporting gay and lesbian people to homophobic regimes where they face horrific, abuse, discrimination, and even the death penalty.

She's absolutely shameless, and so are you for helping her whitewash her despicable legacy.

As home secretary, May deported LGBTQI+ people back to their home country where they could face persecution, jail sentences and death for their sexual orientation. That’s despite a UK Supreme Court ruling defining these people as refugees who the home office should let stay.

Others pointed out the impact Conservative austerity has had on LGBTQI+ people:

I think the LGBTQ refugees she's deported and the users of LGBTQ services slashed by her government and LGBTQ people disproportionately suffering from mental distress who can't access under-resourced services might not be so touched or appreciative?

And May’s voting record on LGBTQI+ rights is rocky. She was still voting against sexual equality in 2008. And back in 2002, she voted to prevent gay people from adopting children. Only under Cameron’s more liberal rebrand of the Conservative Party did May begin voting in favour of LGBTQI+ rights in 2013, such as same-sex marriage.

Streeting’s own leader has a gold-standard record

By contrast, Labour leader Jeremy Corbyn has supported every piece of LGBTQI+ rights legislation since the 1980s, bar one (which he missed). In 1998, Corbyn was the only Labour MP to defy Tony Blair’s whip to vote in favour of a Lib Dem amendment outlawing discrimination based on sexual orientation.

Yet Streeting – a gay man himself – is praising May while consistently attacking his own leader, mainly over false antisemitism allegations.

Streeting is also a vice chair of the all-parliamentary group on antisemitism. Yet he has, for instance, previously branded a Jewish Labour member a “massive racist” for questioning antisemitism allegations against the party. In other words, the MP for Ilford North – a non-Jewish person – has called a Jewish person “racist” for joining a discussion about the discrimination they face.

Praising May on LGBTQI+ rights and using unfounded antisemitism allegations as a political football is simply not on. Labour cannot be a full force for transformative change as long as MPs like Streeting are representing the party. He has to go.