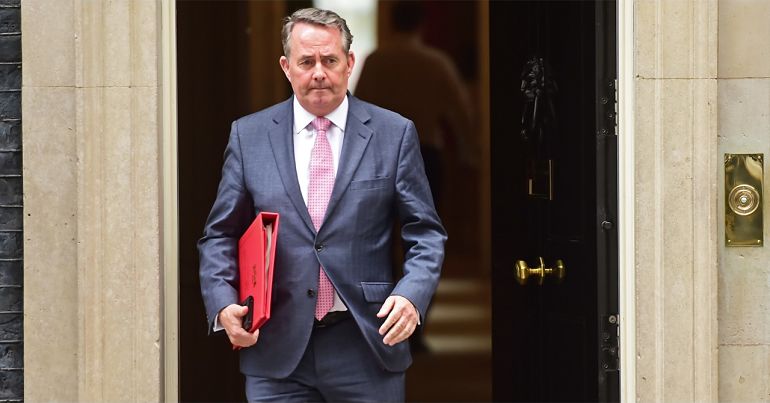 Dr Fox, appearing before the Commons International Trade Select Committee, was asked about reports that the Canadian government is refusing to roll over its trade deal with the EU to the UK if there is no Brexit deal.

The SNP’s Angus Brendan MacNeil, who chairs the committee, asked what had happened to progress with the negotiations with Canada which Dr Fox, he said, had claimed were at an advanced stage last month.

Dr Fox replied: “The progress was very advanced: in fact we reckoned above 99% of agreement.

“The difference there was, as ever, that the signals coming from our Parliament were conflicting. Countries were negotiating with us on the basis that there would be potential of a no-deal exit.

“When Parliament then says Parliament will make sure that there is no possibility of a no-deal exit, those we are negotiating with get mixed signals.

“If Parliament continues to be inconsistent, it’s very difficult for the Government to maintain a consistent position in terms of negotiations.”

BuzzFeed News reported on Monday that Canada was refusing to roll over the Comprehensive Economic and Trade Agreement if the UK leaves the EU without a deal.

Dr Fox went on: “The other change of course was the publication of the temporary day one tariffs and we have made clear to the Canadian government that of course any advantage that they see getting from the day one liberalisation would be a temporary arrangement and not something they could count on for a period of certainly more than a year.

“So to not come to an agreement for a no-deal exit would put at risk the potential Canadian exports to the United Kingdom were the UK to change those emergency day one tariffs in the future.

“For which reason my advice is still to the Canadian government to seek to make an agreement which covers us in all circumstances.”

He added: “That agreement is still there, that agreement has not changed. What has changed is the perceived advantage that the Canadians think they can get from the day one tariffs.”