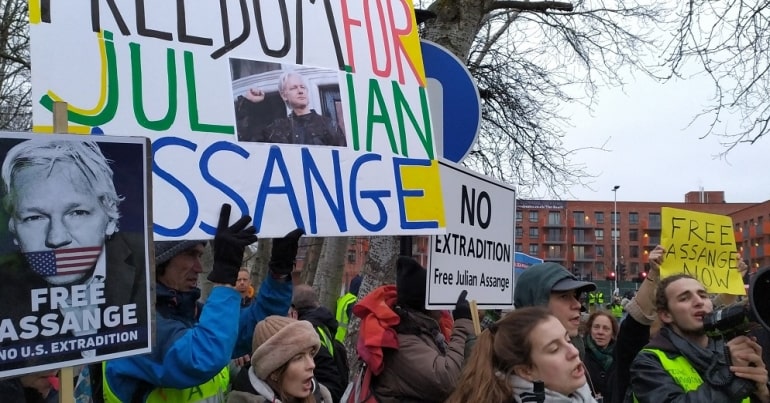 Members of the French Yellow Vest protest movement organised a demonstration outside of Belmarsh prison in solidarity with incarcerated publisher Julian Assange on 25 January. Two coaches with a hundred people from different French cities departed from Paris at 8pm on Friday evening and arrived the next morning in Woolwich, South East London.

Corinne Henry, a Yellow Vest organiser, told The Canary that the movement formed a Facebook group to keep people informed about Assange’s situation. The WikiLeaks founder faces up to 175 years in prison in the US on charges relating to his role in publishing classified documents which revealed alleged war crimes perpetrated by US forces in Iraq.

It’s “very important to democracy to tell the truth”, Henry said. She argued that Assange remains in Belmarsh maximum security prison for doing just that, and stressed:

[In France] people think that Julian [Assange] is now free. They don’t even know that he is in Belmarsh… Mainstream [news] never speak about Julian. 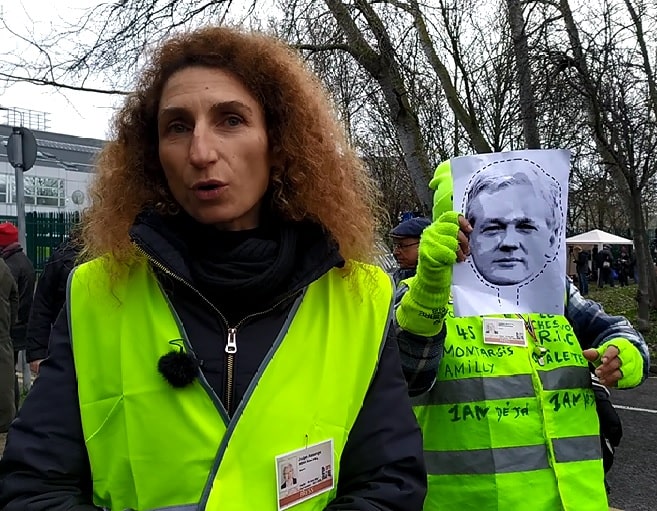 In total, perhaps around 150 people arrived to participate in the demonstration, with a tent, food, speakers, megaphones, banners, and posters. A couple of Yellow Vest members even walked alongside traffic with signs emblazoned with the theme of the day, “Free Julian Assange”. Cars, trucks and vans which passed by routinely honked throughout the day in apparent support.

“It’s about what Julian stands for”

Magali Chastaing, a French citizen living in Berlin, flew over to London when she saw that a demo was planned by the Yellow Vests. “The case of Julian Assange is not just only about one person,” Chastaing said, “it’s the symbol of the treatment given to truth today… and this is affecting all of us”. Chastaing added that those who target the likes of Assange have “very different moral values” than most people. “We need to get together in front of these few people that have very different goals for humanity… It’s not only about Julian Assange, it’s about what Julian stands for”.

We do weekly vigils in Germany for Julian Assange. When we heard what was happening here of course we came here too. We want to support Julian Assange, we want to free him… he’s here for [exposing] US war crimes. So the criminals have to sit here [in Belmarsh]. not the journalists who expose them. 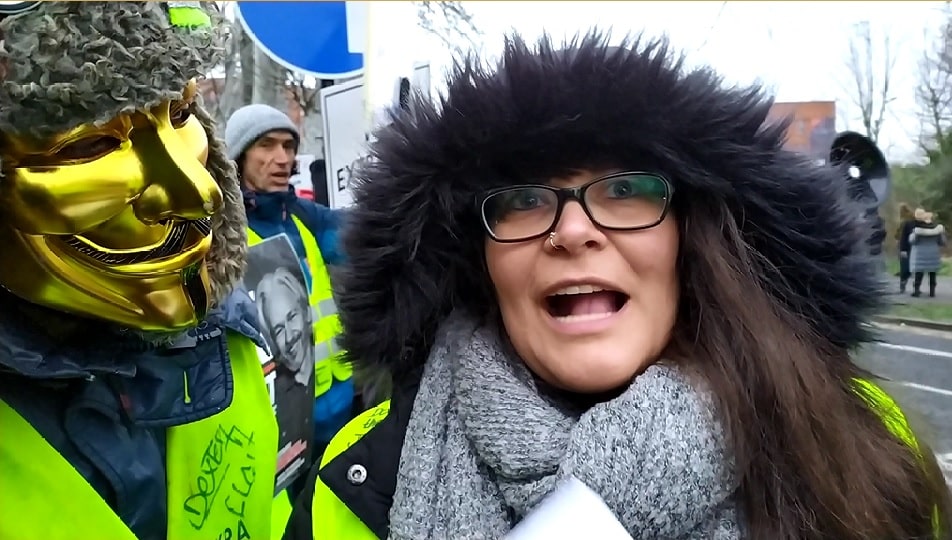 Gibalski brought a letter for Assange, although police who were standing at the main entrance would not let her enter the prison grounds. “Prisoners get their letters,” one of the police officers told Gibalski, “I assure you he’ll get it if you want me to call someone down to pick it up from you.”

“He’s not even getting a fair trial here”

People also attended from the UK to show their support for the imprisoned WikiLeaks founder.

Martin Bray, a window fitter from London, explained that many people he speaks to don’t realise that Assange is in Belmarsh. “I discovered Assange when [WikiLeaks] released the Collateral Murder videos… it was quite horrifying to watch,” he said. He added:

As far as I am concerned he’s committed no crime, he’s just publishing information that people need to know about. A lot of people in other countries don’t have a voice, and in the UK we have a voice and we should be [using that voice to help]… other countries.

Ricky Hands, also from London, told The Canary that he fears that, if extradited to the US, Assange will simply disappear into a “black hole“. “He’s not even getting a fair trial here, and it’s not even started yet,” he said.

A legal petition is in the works

Dr Polona Florijancic, who works in international human rights law, told The Canary that “she is gravely concerned” about “human rights and due process violations” in Assange’s case.

The Spanish paper El Pais revealed that Assange’s legal conversations were being spied upon while he was in the Ecuadorian embassy. Assange’s lawyers have repeatedly complained that they are being denied proper access to to their client. There are also serious allegations of conflicts of interests against the chief magistrate who has been directly involved in Assange’s case.

Florijancic emphasised that her concerns include the UK government “enabling torture“, and pointed out that:

Under the convention against torture, every state member [including the UK] has an obligation to investigate allegations of torture, and the [UN] Special Rapporteur on Torture’s allegations are something certainly worth investigating.

UN torture expert Nils Melzer concluded that Assange showed symptoms of “psychological torture” after a four-hour examination. But he says that the UK government is failing to properly address his detailed assessment.

Florijancic said that she’s helping to prepare a petition for lawyers to sign which will urge the British government to ensure Assange’s legal rights to due process are fully enforced.

Pressure and protest can have an effect

On 24 January, Joseph Farrell – WikiLeaks’s ambassador and section editor – announced that prison authorities had moved Assange out of solitary confinement. He called this a “huge” and “important” victory for lawyers, campaigners, and fellow prisoners – the latter of which had made three separate petitions to the prison governor arguing that the publisher’s treatment by prison authorities was unfair.

As his transfer out of solitary confinement proves, the right kind of pressure and solidarity can make all the difference. 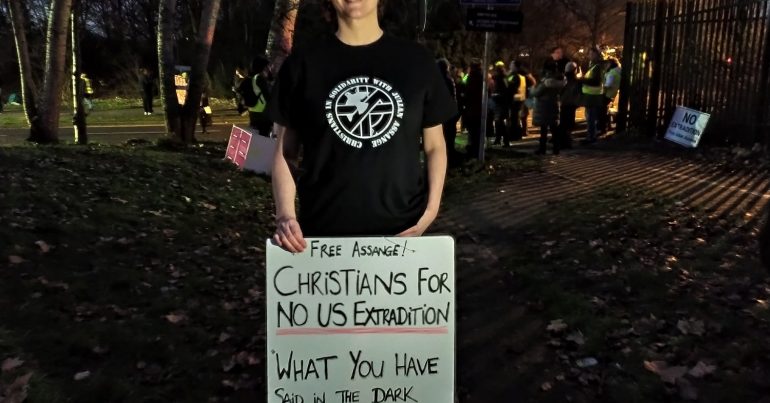 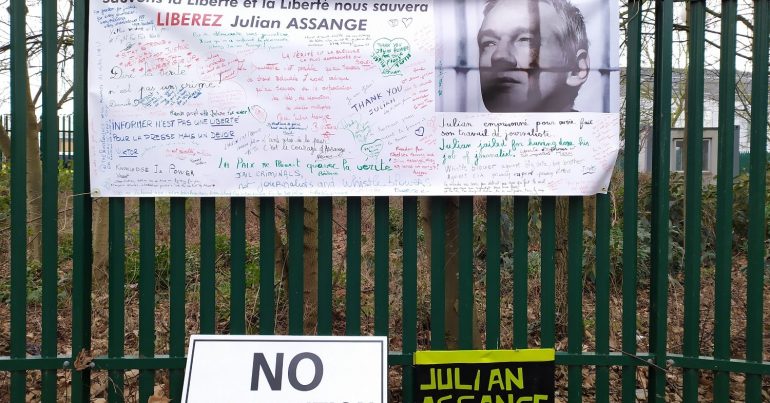 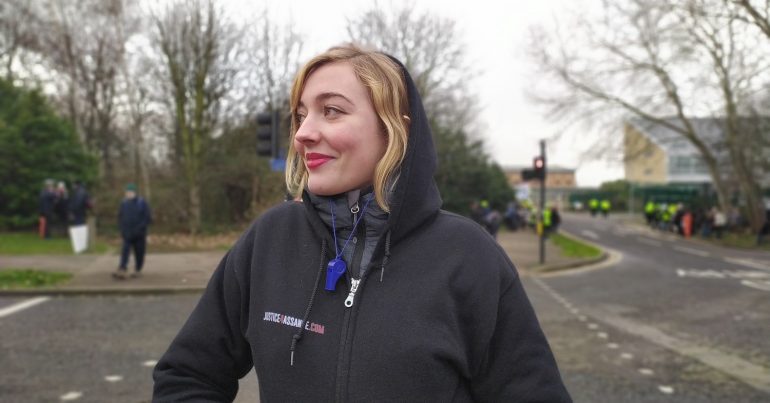 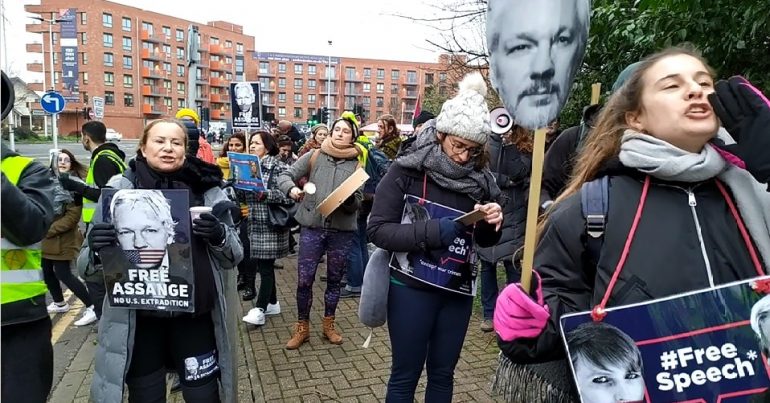 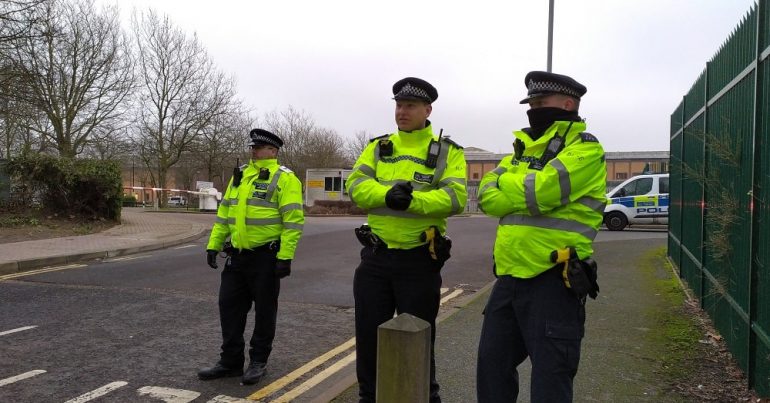 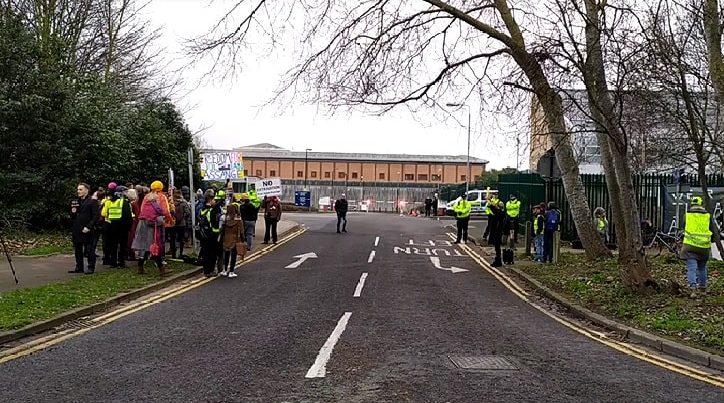