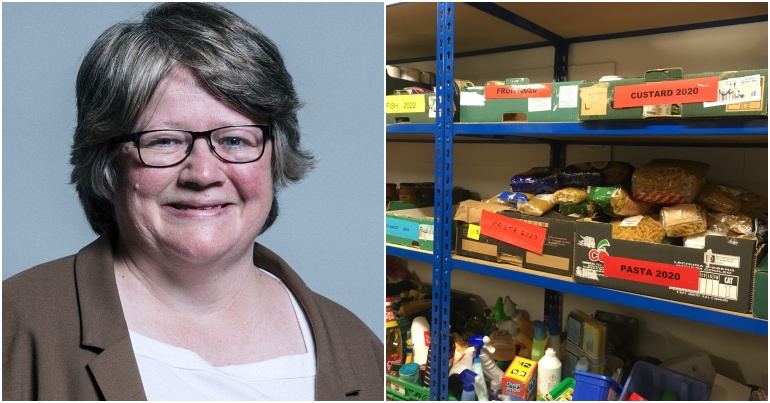 Secretary of state at the department for work and pensions (DWP) Thérèse Coffey has given a sickening response to an important question about foodbanks and inequality.

There are more food banks in Britain than there are McDonald’s restaurants—a company that I know recently paid off its fired British boss with roughly £30 million. Does the Minister accept that it is a gross injustice that nurses are forced to use food banks while fat-cat bosses receive obscene pay-outs?

Sultana was spot on in her criticism of Coffey’s response:

I just asked the Secretary of State for Work & Pensions about the gross injustice of nurses relying on food banks while the rich get richer.

Her response? She called food banks a "perfect way" to meet the challenges of those in poverty.

The Tories are totally out of touch.

I visited a similar food bank in my own constituency that has been working together with food redistribution schemes. Marrying the two is a perfect way to try to address the challenges that people face at difficult times in their lives.

She went further, calling people forced to use foodbanks “customers” as though they simply pop out to do a nice bit of consumerism.

People’s response on social media said it all: 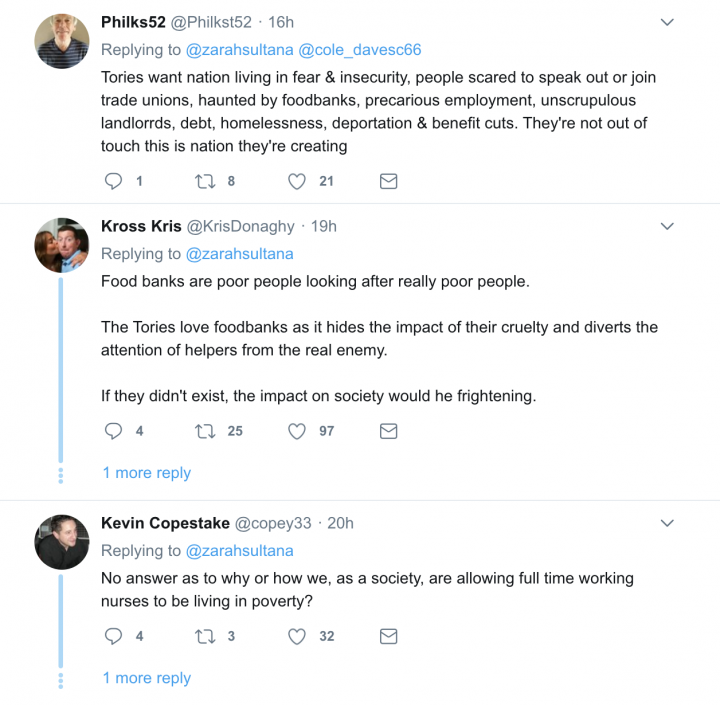 Sultana’s question was spot on. On 26 January, for example, BristolLive reported that one foodbank volunteer stated that “four [or] five nurses visited the foodbank in one week”. The volunteer asked:

How can it be that those who work tirelessly to take care of others need to use foodbanks in order to eat?

Yet Coffey’s response also failed to acknowledge that volunteer-run foodbanks rely on donations. All this to support people living in poverty and struggling to eat as a result of ten years of Tory-led austerity, welfare cuts, and now Universal Credit. As for acknowledging the rise of “fat-cat” salaries and widening inequality, forget it.

in just 10 years emergency charitable food aid has been effectively normalised as a fourth emergency service in the UK.

The DWP is not fit for purpose. And Coffey’s latest response highlights just how dangerous it truly is.