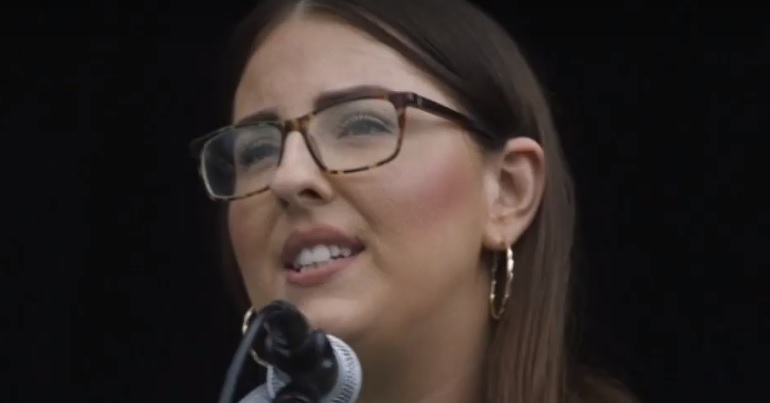 Laura Pidcock was a rising left-wing star of the Labour Party. But in the 2019 election, she lost out to a surging pro-Brexit vote in Leave-voting Durham North West. Amid the current Labour leadership elections, however, there’s one speech from Pidcock that perfectly captures the spirit left-wingers in the party need to hold dear right now.

I know this struggle is hard. I know it’s tiring arguing for a different system; it’s exhausting battling the press… it’s painful being called an extremist when you have fought your whole life for peace. …

But friends, in years to come – when we look back, people will be in awe that you did not shrink back from the fire. So take your anger, take your pain, take your frustration, take your deep dissatisfaction with this system, and occupy every single space with your politics – without embarrassment, without hesitation, and without fear.

True to the spirit Pidcock captured in her speech, she didn’t just disappear after the election. She dived straight into the struggle to keep the Labour Party moving in the right direction.

.@RichardBurgon will be a campaigning Deputy Leader who will defend our members and keep alive our socialist principles. I am proud to be Chair of his campaign. Let's make sure we get him nominated and on the ballot. #Richard4Deputy. pic.twitter.com/hpawRumvKQ

You'll hear a lot from Deputy Leadership candidates about the direction they'll take our party in.

But their record is also important.

I'm proud to Chair Richard's campaign because he's the only candidate who supported Jeremy in both leadership elections pic.twitter.com/cFYqRR4Z8Q

Burgon has already received the support of UNITE and of Labour-left heavyweights like John McDonnell, Diane Abbott, and Ian Lavery. He also seems to be the deputy leadership candidate with the strongest left-wing record. So far in his campaign, he has spoken out against widespread anti-Labour propaganda in the mainstream media, against the highly controversial list of demands from the right-wing Board of Deputies of British Jews (BoD), and in favour of democratising the Labour Party via open selection.

He has promised to focus his efforts on campaigning, organising, and defending left-wing policies.

There are currently echoes of the internal battles that have plagued Labour in recent years. Starmer, for example, didn’t back Corbyn to be leader either in 2015 or 2016; but Long-Bailey did, and she supported Corbyn’s leadership during the coup attempt of 2016. With this in mind, some on the right of the party have already threatened to leave if Long-Bailey becomes leader.

The deputy leadership race is also incredibly important in this fight too. Because while Richard Burgon seems to be the obvious left-wing favourite (in a close battle with Dawn Butler), “soft left” candidate Angela Rayner (who has previously criticised the idea of ‘open selections’) currently has 41 CLP nominations to Burgon’s 7. And many Starmer supporters are clearly very comfortable putting Rayner forward to be his deputy, as the Canary table below shows:

If Labour left-wingers truly want the party to keep moving in the right direction (in terms of policy, loyalty, and greater party democracy), then they need to keep Pidcock’s words from 2019 in mind. Because the last few years have been tough. But if we want to ensure that the rich and powerful never again succeed in silencing the voices of peace and social justice, then we must keep fighting; we must keep harnessing our indignation and ‘occupying every single space with our politics’.