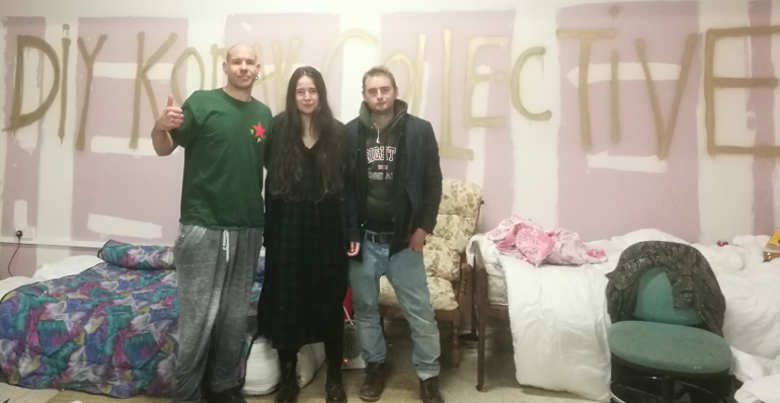 A squatted night shelter in Brighton is housing homeless people. The Canary visited the squat and spoke to residents about the project.

Back in December 2019, people in Brighton called an emergency meeting to discuss how to act in solidarity with those facing life on the streets. The initiative was taken by Brighton’s Queer AF anti-fascist alliance and other grassroots groups.

Soon, activists took control of an empty Kodak shop on Brighton’s London Road and began using it to house rough sleepers. This week, the group squatted another unused building: the old Poundstretcher building on London Road.

The group named itself the DIY Kodak Collective. 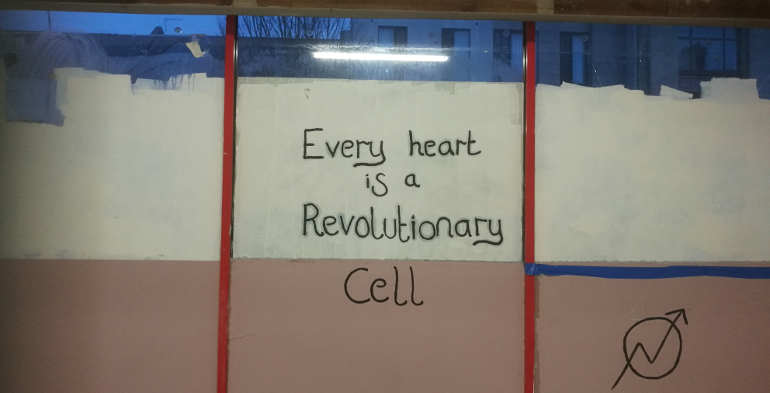 Pinky, a homeless person who is part of the squatting crew, told The Canary why the project was needed:

people died on the street in Brighton last year, and there are 665 empty commercial buildings in the city.

We knew that this winter was going to be even more brutal than last year.

Figures released in 2018 showed that at least 20 rough sleepers had died in Brighton in the past year, out of a total of at least 449 deaths across the UK.

[Brighton and Hove] Council has only opened the SWEP [Severe Weather Emergency Protocol] shelter a handful of times this winter. 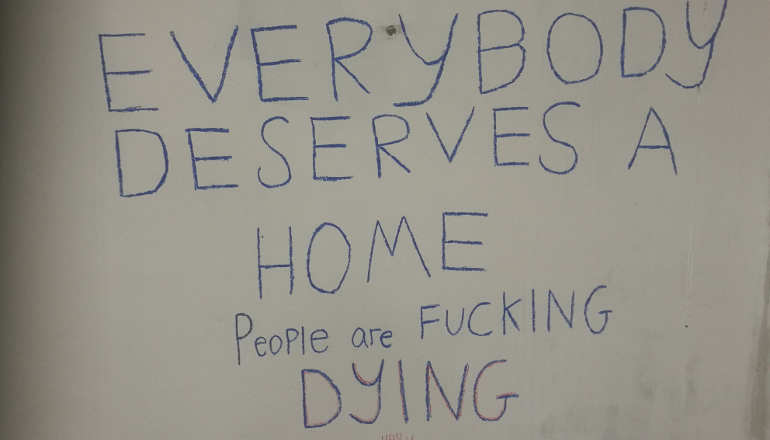 Benny, a regular user of the squatted shelter, explained why people often don’t want to use the SWEP:

The SWEP has been opened a handful of nights because of the severe weather. You get a little something to eat and then get kicked out by 7am. It’s depressing.

Here you can sleep as long as you want, and it’s a safe space.

Vicci, another member of the crew, said that it’s not safe for immigrants without papers to go to the SWEP, as the council are working with the Border Agency.

The Canary contacted Brighton and Hove Council for a response. We had received no reply by the time of publication.

‘Housed and unhoused people working together’

“The strength of the project is that housed and unhoused people are working together,” said Vicci. And according to Pinky, “activist networks and the street community have merged to form the Kodak collective”.

The shelter is staffed by a crew made up of both rough sleepers and housed people, who ensure that the shelter remains a safe and welcoming place. The squats provide a sociable community space in the daytime and a warm place to sleep at night. They are also being used as a place to distribute essentials like food and bedding.

The collective makes decisions about the project by consensus, and the collective members try to avoid hierarchies emerging between the housed and unhoused people. According to Pinky, “it wasn’t like anyone was telling each other what to do”. 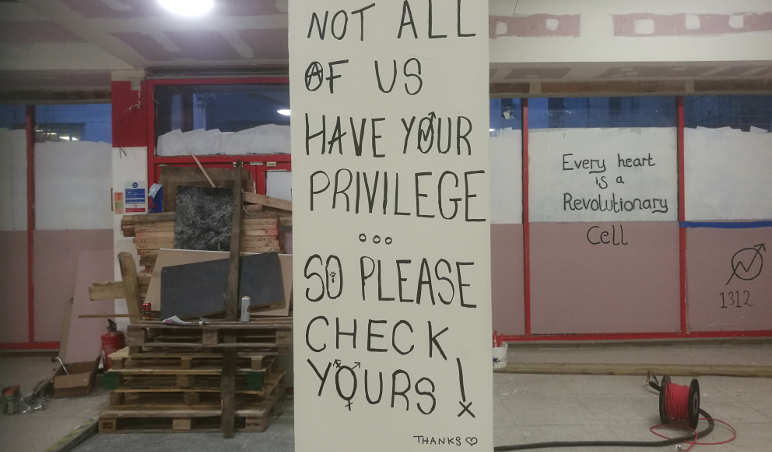 The collective is holding regular meetings, and has set up a ‘Mediation and Care Crew’ to solve any disputes as well as a media group and legal team.

In the future, the collective wants to set up a queer-feminist space and a youth space too.

Vicci said that several rough sleepers who came to the night shelter have since been housed after the collective helped them to put their case to the council.

Meanwhile, residents at the shelter are selling Dope Magazine – a new quarterly publication by anarchist publisher Dog Section Press. Copies of Dope Magazine are distributed free to homeless people for them to sell.

Creating ‘an open and welcoming space’

Sometimes I don’t feel in the space to go to the meetings… but I know they are being held with the best interests of the people here in mind.

Homeless people can perfectly easily get into buildings [and squat them] – but with the support of the collective we work together to make them liveable.

The way this space is run is so fantastic – a space that’s looked after by a team of trustworthy people. If I’m unwell and have to leave for a few days, I can come back and the space is still open and welcoming.

It’s so important, especially if you are unwell and depressed.

According to Matty, another resident and crew member:

Here you can invite a friend in and they’re also welcome, whereas in a hostel everyone who is not a resident is banned

The DIY Kodak Collective is a good model that could be replicated across the UK. “People should start similar projects where they live,” said Pinky. “There’s one in Manchester, the Manchester Winter Shelter.”

The squats have all received papers informing the residents of eviction proceedings. But the collective is calling for donations to keep going:

we need to raise funds… These funds will go towards transport for the furniture and other donations at the site, towards securing the next space and making it safe and habitable, towards stocking it with the necessary resources to continue to provide the services that the Kodak shelter provides, and towards helping find a long term housing solution for the residents of the shelter. Please give what you can, thank you.