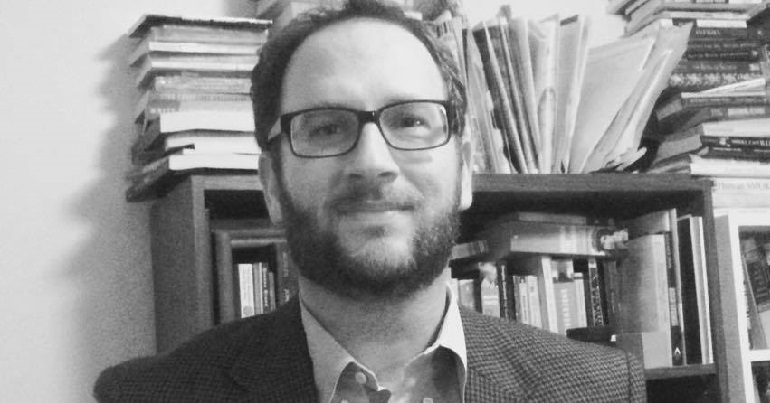 Donald Trump recently unveiled a highly controversial US-Israeli plan for Palestine. As The Canary reported, this proposed: a major Israeli land-grab in the occupied West Bank; the continued takeover of occupied Jerusalem; leaving Palestine unarmed; and rejecting the rights of Palestinian refugees.

Prof Greg Shupak – author of The Wrong Story: Palestine, Israel, and the Media – spoke to The Canary about this plan. And he explained why the “overwhelming majority of Palestinian society will never accept” it.

What the so-called ‘deal of the century’ calls for is nothing less than total Palestinian surrender. As the Palestine Centre for Human Rights points out, it would see the Palestinians end up with “a mirage of a state that has limited autonomy and lacks geographical integrity or sovereignty over its lands and resources” thanks to a plan that “legitimizes Israeli crimes and deprives Palestinians of their legal and political rights, and sets [the] foundation for a new type of apartheid.” It’s a plan to cement the colonization of Palestine and to entrench apartheid—a plan for a ‘third Nakba‘, in the words of Israeli journalist, Gideon Levy.

As The Canary reported previously:

The ongoing ethnic cleansing of Palestine began in 1948 when over 700,000 Palestinians were forced from their land during the creation of Israel. Palestinians call this the Nakba (‘catastrophe’).

These refugees and their descendants now number around five million and are scattered across the region.

Donald Trump, it’s important to note, didn’t conjure the design out of thin air: it’s the logical culmination of the ‘peace process’ nurtured by the administrations of Bill Clinton, George W Bush, and Barack Obama, under which Israel deepened its foothold across all of historic Palestine. If realized, the ‘deal’ would also be a major step toward, if not the culmination of, the goal that’s long been central to [the ethno-nationalist political movement of] Zionism: maximum land with the minimum possible number of Arabs.

Palestinians won’t back a plan with “zero redemptive features”

The US and Israel are hoping that a sector of the Palestinian elite can be bribed into signing away Palestinian national rights. Thus far, even that has failed: the Trump administration and its Middle East proxies couldn’t get any Palestinians to attend a conference in Bahrain that was intended to work toward buying off Palestinian capitalists. In the unlikely event that the US and company find a couple of Palestinian millionaires to endorse the ‘deal of the century’, it won’t matter because the overwhelming majority of Palestinian society will never accept the attempt to foist this on them. The Palestinians have engaged in steadfast resistance to colonization for more than a hundred years and they’re not going to waste that on a series of Bantustans.

According to South African History Online, Bantustans were areas “established by the Apartheid Government” in order to move most Black people “to prevent them from living in the urban areas of South Africa”. This, the site said, “was a strategy to push all Blacks out and have them isolated from South Africa”.

Talking more about the Trump-Israel plan, Shupak stressed that:

Every aspect of it is problematic. It would allow Israel to permanently annex land it has acquired through force of arms in violation of the Fourth Geneva Convention. It would require the Palestinian refugees to renounce their right of return – a right enshrined in UN Resolution 194 – and would consecrate American recognition of Jerusalem as the supposed capital of Israel. The plan calls for Palestinian demilitarization and disarmament without asking anything similar of Israel. The ‘deal of the century’ is a plan for the population transfer and denationalization of 350,000-400,000 Palestinians. It provides no reparations to Gaza for Israel making it literally unlivable with US support. The plan, in short, has zero redemptive features.

The US and Israel as colonialist bedfellows

Shupak also spoke about the ‘colonial mindset’ behind the plan, saying:

There is no doubt that influential sectors of the US establishment regard Palestinians as sub-human, so prejudice against them runs deep in America even as support for the Palestinian cause gains traction, particularly among young people. A ‘colonial mindset’ does indeed permeate the US ruling class – how could it be otherwise given that the US itself is, like Israel, a settler colony rooted in the dispossession of the Indigenous population? Accordingly, even a lot of the US media criticism of the ‘deal of the century’ is premised on the assumption that Palestinians must acquiesce to crucial US-Israeli demands.

Yet it’s not only a matter of a ‘colonial mindset’ but also of material US interests in Israeli colonialism. Israel is a useful attackdog for the US that has helped weaken and often outright destroy leftist and nationalist movements and governments at odds with American imperialism in Asia, Africa, and Latin America. This was true of the US-Israeli animus toward Nasser’s Egypt and it’s true of Israel’s bombings of Syria today. Furthermore, the US’s lavish military aid to Israel often functions as a subsidy to the US defence industry when Israel uses the money to buy weapons from American firms. The American ruling class is also deeply enmeshed with Israel’s. Companies like Facebook, Google, and Apple all have significant investments in Israel and a vested interest in resolving the Palestinian question once and for all in a manner that favors Israel.

Partners in a regressive coalition

Shupak added that there are other factors behind the plan too, stressing:

Similarly, it’s true that religious fundamentalists—evangelicals in particular—are part of Trump’s base and they’re not unhappy with the ‘deal of the century.’ However, it would be a mistake to read the plan as purely a bid for Trump to fire up his supporters for the 2020 election. A crucial plank in the Trumpian gambit is getting the US-allied dictatorships in the Middle East on board and Egypt, Saudi Arabia, and the UAE have thus far signalled an openness to Trump’s scheme. The reason the US wants buy-in from Arab states is not only because Israel would be greatly strengthened by a regional agreement to the extinguishing of Palestinian national rights (though it’s not as if the US-allied Arab governments have done much for the Palestinians lately anyway). It is also because the Trump administration wants to foster an open embrace of these parties to facilitate neoliberal trade agreements between Israel and the pro-US Arab dictatorships and, probably more importantly, so that they can all be part of a grand, anti-Iran coalition, the seeds of which have long been in place.

I’m deeply skeptical about the usefulness of outside brokers in generating a just solution. I think the hope lies in Palestinian resistance and international solidarity movements such as BDS [Boycott, Divestment, Sanctions]. It’s not for me to decide exactly what a settlement would entail but the terms that seem to me to be crucial include: the right of Palestinian refugees to return; an end to military occupation; democracy and equal rights for all ethno-religious groups rather than ethno-nationalism and apartheid; ideally socialism too but perhaps that’s getting too far ahead of myself. It’s a steep task to make that achievable but popular organizing has the capacity to change the balance of power away from imperialism and colonialism and toward liberation for all peoples of the region.