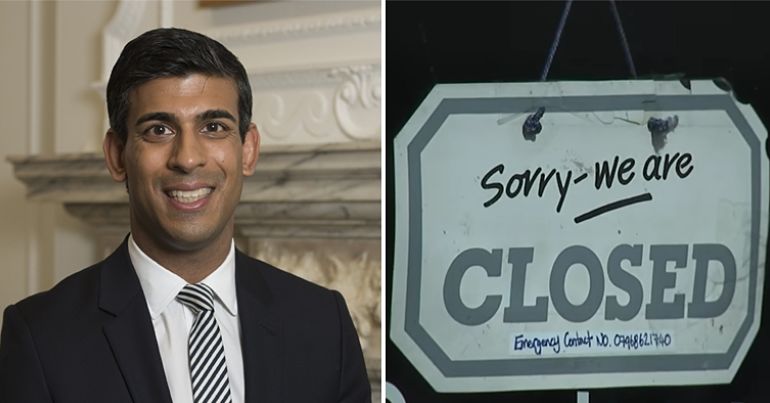 As coronavirus (Covid-19) affected UK businesses, the government introduced financial protection measures. Days later, on 20 March, chancellor Rishi Sunak announced the coronavirus job retention scheme (CJRS). This should have given all employees the protection they needed at this time. But unfortunately, this isn’t the case for a number of employees who confided in The Canary. Because their employers refused them CJRS protection. Instead, they made them redundant, fired them, or refused to furlough them beyond the date of their fixed-term contract.

The CJRS was supposed to be the assurance so many employees needed. Sunak even described these measures as “unprecedented in British history”. They would be safe in the knowledge that, until the end of June 2020 at least, a sizeable part of their income was protected. But that doesn’t seem to be how it’s working in practice.

How the CJRS works

The CJRS allows UK employers to keep staff on payroll when their employees can’t work because of coronavirus restrictions. It pays 80% of their wages up to a maximum of £2,500 per month. Employees paid through it are then placed on furlough leave and can’t perform any work for the company.

The company applies for the CJRS on its employees’ behalf. Initially, employers could only apply for employees registered on their payroll system on or before 28 February. Then, on 15 April, the government extended this to employees registered on or before 19 March. This change could possibly benefit an extra 200,000 employees. It began on 20 April, and companies should receive payment within six working days of their application.

However, there’s a major limitation with the CJRS. Because there’s no obligation on the employer to use it. The scheme as it stands has left people in a position where they have serious concerns about how they’re going to make ends meet. And with the lockdown set to continue until at least 7 May, some employees have no idea when or how they’ll be able to provide for themselves.

Those who spoke to The Canary said that not only were they not offered furlough, but some of them were let go with no redundancy or dismissal procedures in place. They have made it clear to their companies that they aren’t seeking a top-up on 80% of their wages, and some even said they would waive their holiday rights during furlough.

These employees did not wish to be identified, nor did they want to name their companies. These are just a sample of many similar stories that The Canary has heard.

The first employee started working in a managerial role for a digital technology company in September 2019. He was there until the end of March this year and claims he “was basically unlawfully dismissed” while the company furloughed others. And just weeks before being let go, he says:

When he was first informed of this in a meeting, his employers said there’d ‘have to be cutbacks to deal with the crisis’. In that same meeting, he was told:

He asked why he wasn’t been furloughed, but he didn’t get a satisfactory explanation. Then, the following week, he received a letter from the company telling him he was being fired “on performance”. He couldn’t understand, and he’s currently following this up with his solicitor and local MP.

He says “it’s a national disgrace” because:

the government are turning round and saying ‘oh we’re all in this together’. Actually we’re not because you’ve just given our futures to our employers and our employers are screwing us out of the workplace.

The second employee currently works on a fixed-term contract where she manages a team for a marketing company in London. The fixed-term contract ends at the end of this month and her company told her they wouldn’t extend it. And she’s not being furloughed either.

When she asked to be furloughed, the company told her they ‘can’t afford to pay the top-up on 80% of her wages’. She said:

Then, according to what she told The Canary, “they just flat out refused” because they said ‘well we don’t know how long this is going to last’. She had another job lined up when this current contract comes to an end but, as a result of coronavirus restrictions, this contract “has been put on hold”. Now, she’s applying for Universal Credit and applying for jobs in every supermarket around.

The third employee started working for a housing company in January as an administrator. Then, when coronavirus hit, she said:

they had a management meeting and I was due to go home at 4 o’clock and they called me down and said ‘I’m sorry you’re redundant’. Now, my letter says specifically due to Covid-19

She was told in the meeting:

there is no other reason we’ve made you redundant, we were pleased with what you were doing, we expected it to be a long-term thing.

Then, she asked if they could furlough her, and they refused. They said, ‘they don’t think the job will be there at the end of the time’. Everybody else in her organisation was furloughed. So she got one week’s pay and some outstanding holiday pay and had to leave. Her local MP is helping her approach the company again.

The fourth employee worked for a construction company in Northamptonshire. She had worked there for 18 months and her last day was on 25 March. She said:

I was planning on going self-employed and had two clients lined up, but they have postponed, to be reviewed after lockdown.

It is very frustrating that the government tell me that I am eligible for furlough, but my previous employer has the final say. It was humiliating having to go back to them, and I can fully understand that they don’t want the added administration having to deal with this.

The Canary contacted HMT for a response. And a spokesperson told The Canary:

We’re taking unprecedented action to support public services, businesses and individuals through this economic emergency. Our Coronavirus Job Retention Scheme has seen around half a million employers apply for help to pay the wages of over 4 million furloughed jobs. We have already extended the furloughing scheme from 28 February to 19 March, providing support for thousands of extra people, whilst keeping the significant fraud risks under control.

Now, in addition to looking after their health, the employees above must attempt to get through this pandemic by applying for welfare support, drawing on any savings they may or may not have, or on the income of someone else – if there is a someone else – in their household. The government’s CJRS has failed these people. They need change immediately so they can have the same protection as so many other UK employees. As a Trades Union Congress (TUC) spokesperson told The Canary:

Employers should use the full support available to them to keep on workers. That includes not just the Job Retention Scheme, but business interruption loans too. And they should sit down with unions to look at all options before any layoffs.

The government first acted to save businesses during this crisis. But had they acted with the same precision for ordinary people, these employees wouldn’t be dealing with such worry now. The employers could help them but they’ve refused to do so. Neither employee nor employer should be in this situation. The decision must be taken out of their hands, because it’s the government’s role to protect citizens.

All of this can be achieved by introducing a universal basic income (UBI), which some are pushing for in parliament at the moment. This would immediately ensure that everyone has enough income to meet our basic needs. In the meantime, the responsibility rests with the government to make furlough mandatory for everyone.