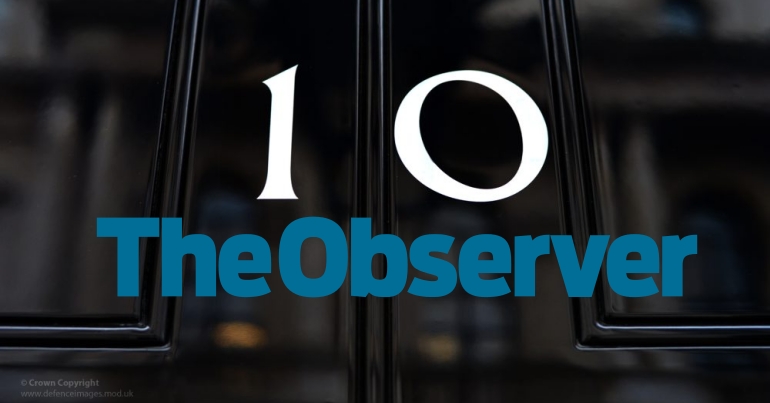 The government has apparently sunk to a new low in trying to silence criticism of its actions over the coronavirus (Covid-19) crisis. Because according to the political editor of the Observer, the paper was asked by Downing Street to rewrite a story and change the headline:

Downing Street trying to get us to say trust in government not declining and to rewrite this story with new headline. Request refused. We are not edited by Downing Street. https://t.co/92OTdVukNX

I am told Downing Street also barred Sunday Times from asking questions at its briefing because they dared to criticise govt's response to Coronavirus. Surely not so in an advanced democracy.

That this government attempts to control the media to garner favourable press coverage is not something new.

During the general election campaign, Boris Johnson and his team were criticised after trying to silence parts of the media. The Mirror, for example, was banned from the Tories’ battlebus for criticising Johnson. The party then threatened to review Channel 4‘s broadcasting remit after it replaced Johnson with an ice sculpture when he refused to turn up for an environmental leaders’ debate and attempted to send Michael Gove in his place at the last minute.

And then in February, journalists boycotted a press briefing after one of Johnson’s aides banned writers from the Mirror, the i, HuffPost, PoliticsHome, and the Independent from attending.

Following the Guardian‘s revelations that Dominic Cummings had attended meetings of the Scientific Advisory Group for Emergencies (SAGE), the government hit back. Instead of recognising why Cummings’ presence on SAGE, a supposedly independent group of scientists, is a matter of concern, Downing Street went on the attack. In a statement, it asserted:

Public confidence in the media has collapsed during this emergency partly because of ludicrous stories such as this.

But this attitude isn’t winning it any favours. And on 26 April, the Sunday Times responded. In a comment piece about its investigation, Coronavirus: 38 days when Britain sleepwalked into disaster, published the week before, the paper stated:

Good journalism is doing its job when it uncovers and brings clarity to stories that people do not want to be told, as this investigation did.

And it was highly critical of the government’s response to its investigation:

The government rushed out a 2,000-word response, using the full machinery of Whitehall, including an official website, that was both unprecedented and feeble, failing properly to address the central points made by our investigation.

It stated the vital nature of this type of work, especially at the moment:

There was nothing about our investigation that was unpatriotic or politically driven. But people need to know whether their government is doing the right thing, now more than ever.

And it issued a warning to the government that it was entering “dangerous territory”:

The government, meanwhile, needs to be very careful about picking a fight with the media and going down the Donald Trump route.

“The first casualty of war is the truth”

As the old adage goes, “the first casualty of war is the truth”. And as the government ramps up its language of war to deal with the coronavirus, it seems it’s determined to make sure this element of war discourse is also included.

But it’s at times of national crisis that we need a critical and robust press more than ever. We need to know what the government is doing; we need to criticise and evaluate its responses. And we need to be able to say when decisions it makes are putting lives at risk.

While there are many valid criticisms of the establishment media, investigations such as the Guardian‘s one into SAGE and the Sunday Times article are essential pieces of work in holding the government to account. And anyone who values our supposed democracy should be extremely alarmed at these new allegations of press control and manipulation.